People wait for their numbers to be called at an unemployment event in Tulsa, Oklahoma, on July 15, 2020.

Photo by Nick Oxford for The Washington Post via Getty Images

Americans started receiving an extra $600 a week in April as a result of a federal coronavirus relief law.

The federal subsidy came on top of states’ typical weekly payments. As a result, the average American got $921 a week in May, according to an analysis of Labor Department data.

The experience will vary broadly among states, which set their own benefit levels and vary greatly in generosity.

In Oklahoma, which paid the lowest average weekly benefit in May, the average person will see a 93% reduction in jobless aid, to $44 a week.

In Washington State, which paid the highest average weekly benefit, aid will drop by 55% a week to $497.

Most states set minimums below $100 a week.

Hawaii’s minimum, the lowest of any state, will be just $5 a week after the federal $600-a-week supplement expires.

Low minimums relative to other states don’t necessary mean less generosity. They’re partly attributable to looser eligibility rules, according to economists. Workers can qualify for benefits in Hawaii with a lower level of annual earnings than in other states, for example. Hawaii paid the second-highest average benefit in May, at $466 a week.

But, for workers collecting the minimum weekly check — or close to the minimum — losing the $600 a week may be an acute hardship. Such recipients may include part-timers who work few hours, for example.

More from Personal Finance:
GOP jobless plan hurts these groups the most
Americans more worried about Social Security amid pandemic
Why unemployment is a broken system

Meanwhile, Massachusetts pays unemployed workers up to $1,234 a week, the highest maximum benefit of any state. By contrast, Mississippi has the lowest maximum among states, paying up to $235 a week.

With the extra $600 a week, jobless benefits have been more generous than they’ve been at any time since the unemployment insurance system was created in the 1930s, according to labor economists.

Rep. Dan Kildee, D-Mich., speaks during a news conference on July 24, 2020 in Washington, D.C. House Democrats urged Republicans to extend unemployment benefits passed as part of the CARES Act, which are due to expire on July 31.

Photo by Michael A. McCoy/Getty Images

Democrats want to extend the $600 benefit, calling it a financial lifeline that has helped prop up the economy and household finances at a time when new jobs are hard to come by. The Democrat-led House in May passed the HEROES Act, which would extend the $600 bonus through early next year.

Republicans want to end the payments or replace them with something less generous. Senate Republicans on Monday issued a proposal to cut weekly aid by two-thirds to $200 a week, eventually shifting to a policy offering up to 70% wage replacement.

Thu Jul 30 , 2020
Swiss Re stalwarts Mark Senkevics (pictured above) and Sharon Ooi (pictured below) are switching roles within the reinsurer’s Asia management team. Sydney-based Senkevics – who has just resigned from the board of the Insurance Council of Australia – will be taking on Ooi’s post as head of property & casualty […] 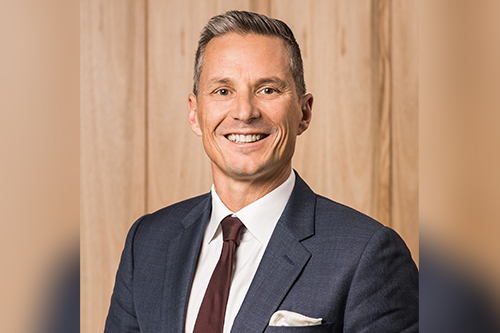