American Airlines — American Airlines dropped more than 6% to become one of the biggest losers in the S&P 500 after the airline said it plans to secure $3.5 billion in new financing, to improve the airline’s liquidity as it grapples with travel restrictions caused by the coronavirus.

Gap — Shares of the retailer surged more than 5% after the stock received a double upgrade from Wells Fargo. The bank upgraded the stock to overweight from underweight, saying the market was undervaluing the company’s Athleta brand and that the stock was a “a highly compelling risk/reward” opportunity. Wells Fargo set a $19 per share price target on the stock, up from $8 previously.

Livongo Health — Livongo Health shares jumped more than 7% after a KeyBanc analyst hiked his price target on the company to $85 per share from $52. The analyst said regulatory relief on remote patient monitoring could “create a new ~$15B ‘greenfield’ opportunity for LVGO to sell its digital health services directly to hospitals and physicians serving Medicare populations.”

TripAdvisor — TripAdvisor dropped 3.8% after the company said it expects a “significantly negative” adjusted EBITDA for the second quarter. Citing the “the extraordinary circumstances related to the COVID-19 pandemic.” Overall, the company expects an adjusted EBITDA loss of about $85 million. That’s below a FactSet estimate of an $86.5 million loss.

Albemarle — A KeyBanc analyst downgraded the chemical company to underweight from sector weight, citing concerns over the “long-term overinvestment and commoditization of the lithium industry driven by China-based players” which means “new supply can come online quickly at low capital cost.”

Virgin Galactic — Virgin Galactic shares surged more than 9% after reaching a deal with NASA to train astronauts for trips to the International Space Station. Virgin Galactic will develop a “private orbital astronaut readiness program” under the agreement, which will be similar to the one needed to prepare space tourists.

Square — Shares of Square jumped nearly 7% after Barclays raised price target on the mobile-payment company to a Street high. The bank upped its 12-month price target to $115 from $90 on Monday, representing an 8% gain from current levels. Barclay said the resiliency of Square’s merchant base may be stronger than investors fear, while also noting that third-party data showed “continued improvement in small and medium-sized business sales.”

Sonos — The stock rallied 9% in midday trading to $13.11 per share after Citron Research published a report on the company and said it’s “dominating home audio in the new stay at home economy.” Citron, led by Andrew Left, said its price target on Sonos is $30, more than double where it closed on Friday at $11.94 per share. Citron also predicted that the time is right for Apple to finally consider buying Sonos outright.

Peloton — The exercise equipment maker gained more than 6% after Stifel raised its target on the stock to a Street high of $62, which implies a rally of 13.5% ahead. “We are incrementally positive on Peloton’s current momentum and long-term opportunity as the leader in the rapidly growing connected fitness category,” the firm said. Shares have gained more than 90% this year as the company benefited from consumers exercising at home.

Apple — Apple gained more than 1% higher after Cowen raised its target on the stock to $400 from $335. The new target is 13% above where the stock currently trades. The firm raised its iPhone shipment forecasts, and said the company is a defensive name that should continue to benefit from consumers working from home and engaging in distance learning.

American Express — The payments company fell 1% after UBS downgraded the stock to sell from neutral. The firm set a price target of $92 per share on the stock, nearly 9% below where it closed on Friday. The firm decreased the earnings multiple it was using to value the stock to 13 times earnings.

Mon Jun 22 , 2020
Mental health has become an increasing concern for people around the world because of the COVID-19 pandemic. The coronavirus has disrupted normality as we know it, causing mass uncertainty which, for some, is a potent cause of distress and anxiety. But the global pandemic is only highlighting and exacerbating an […] 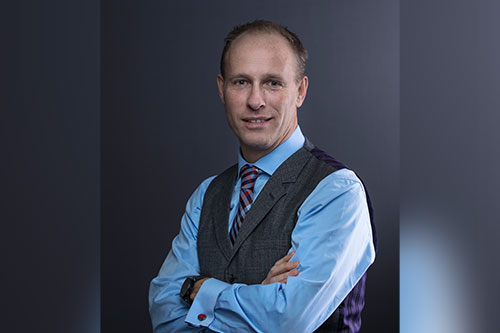