Filling and packaging tests for the large-scale production and supply of the University of Oxford’s COVID-19 vaccine candidate, AZD1222, taking place at a site southeast of Rome, Italy, on September 11, 2020.

European governments will pay claims above an agreed limit against AstraZeneca over side-effects from its potential COVID-19 vaccine, under different terms to a deal struck with Sanofi, an EU official told
Reuters.

The deals reflect different strategies by two of the world’s top drugmakers for protecting themselves as a debate rages about liabilities for vaccines aimed at ending the pandemic.

AstraZeneca has secured the European Union’s backing in a confidential agreement which reflects the lower price sought by the British drugmaker, the official said.

“If a company asks for a higher price we don’t give the same conditions,” said the official, who was involved in the talks but declined to be identified as the contracts are confidential.

Unexpected side-effects after a drug has regulatory approval are rare, but the speed at which a COVID-19 vaccine is being pursued increases the risks of unforeseen conditions.

The deal with AstraZeneca, which shifts some of the risks involved in the roll-out of a vaccine to taxpayers, was struck in August and its liability clauses have not previously been reported.

Under the deal, AstraZeneca would only pay legal costs up to a certain threshold, the official said, declining to elaborate on how the costs would be shared with individual European governments or the cap.

The financial shield would cover both legal costs and potential compensation, which is rarer but potentially a much bigger outlay in the event of something going wrong.

In return for the higher price paid for its vaccine, French drugmaker Sanofi which is working with GlaxoSmithKline as a partner, did not get any liability waiver.

Spokespeople for AstraZeneca, Sanofi and the European Commission declined to comment on the specifics of the deals.

When asked about AstraZeneca’s relatively low price, a spokesman reiterated the company’s pledge to share the vaccine widely and not to turn a profit from it during the pandemic.

Under the AstraZeneca deal, EU countries have agreed to pay 2.5 euros ($2.92) per dose, while Sanofi has negotiated a price at around 10 euros, the official said.

The EU official told Reuters that the contract with AstraZeneca included a narrow definition of side-effects that could limit the possibility of claiming compensation although the company remains liable for its vaccine.

The deal with AstraZeneca was negotiated before it paused late-stage trials of its vaccine candidate this month after a British volunteer developed neurological symptoms. Trials have resumed in Britain but not in the United States.

EU governments would share compensation costs only if unexpected side-effects emerged after the AstraZeneca vaccine was approved.

Liability has been a key stumbling block in talks with other COVID-19 vaccine makers, EU officials have said, as companies fear they risk larger legal costs than they usually face when vaccines are developed in much longer trials.

A European Commission spokesman said advance purchase deals “provide for member states to indemnify the manufacturer for certain liabilities incurred under specific and strict conditions”, but “liability still remains with the companies”.

This means it would be the firm’s responsibility to defend its shot in the courts.

Drugmakers have called on EU regulators to set up a Europe-wide compensation scheme, while patients’ organisations are calling for an EU-wide fund financed by pharmaceutical firms that would compensate for unexpected side-effects.

The EU legal regime is among the least favourable to drugmakers on compensation claims, although plaintiffs have rarely managed to win as the law requires them to prove the link between an illness and a vaccine that may have caused it.

The United States has granted immunity from liability for COVID-19 vaccines that receive regulatory approval.

Meanwhile, Russia has said it would shoulder some of the legal liability should anything go wrong with the vaccine developed by Moscow’s Gamaleya Institute.

Fri Sep 25 , 2020
The European Commission has adopted a new Digital Finance Package, including Digital Finance and Retail Payments Strategies, and legislative proposals on crypto-assets and digital resilience. European Commission urged to further regulate card fees The package aims to boost Europe’s competitiveness and innovation in the financial sector, paving the way for […] 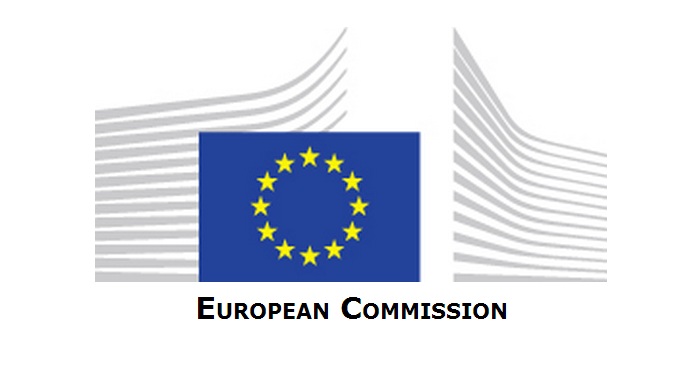