With about half a year to go, it’s still not a given that China’s economy will grow in 2020.

An independent survey of more than 3,300 businesses in the country by U.S.-based China Beige Book found that for the second quarter, recovery from the first quarter’s decline is minimal, according to findings released Tuesday Beijing time.

“Until and unless global demand recovers more forcefully, the incremental quarterly improvement just seen will make for a contraction for full-year 2020,” the report said.

“No matter the lens, gains over Q1 are marginal. Services, Manufacturing, Property, and Commodities all saw revenue and profits move into expansion territory,” the report added, noting that the figures remained around record lows.

The world’s second-largest economy has steadily resumed work in the last few months after efforts to contain the coronavirus outbreak forced more than half of China to extend the Lunar New Year holiday by at least a week in February. Gross domestic product contracted 6.8% in the first quarter.

The global economy is set to decline 3% this year, according to International Monetary Fund projections. The latest forecast released in April predicts the U.S. economy will contract nearly 6% this year, while China and India are the only countries out of 16 listed that are set to see growth — of 1.2% and 1.9%, respectively.

However, the spread of the virus overseas in a global pandemic has remained an overhang for China, as external demand declines.

Even as the central Chinese government is trying to shift the economy’s reliance more toward domestic consumption, exports of goods and services still accounted for about 19.5% of national GDP in 2018, according to World Bank data.

Official figures showed exports slumped in May, following an unexpected increase in April. China’s emerging industries purchasing managers’ index fell in June. A sub-index of new export orders remained unchanged from the last two months, “suggesting sustained headwinds from overseas markets,” Ting Lu, chief China economist at Nomura, said in a report Monday. “We caution that the surge in exports of coronavirus-related medical supplies over the past two months was largely due to a jump in prices, which is likely unsustainable.”

“Overall, after a strong recovery between March and mid-June, we expect recovery momentum to get weaker in the next couple of months,” he said. “We expect a bumpy recovery path filled with uncertainty, as China is caught between domestic policy stimulus, remaining social distancing rules and slumping external demand.”

Reports on China’s economy in the last several months include some bright spots, such as increased online shopping and local manufacturers using existing capacity more for domestic consumers.

But Chinese consumers are not necessarily ready to spend in a big way. In May, imports declined by the most in four years. China Beige Book’s early look at second-quarter growth indicates any domestic consumption boost may still fall short on a national level.

Guangdong was China’s top province by exports last year, accounting for about a quarter of exports and 11% of gross domestic product, according to official data accessed through the Wind Information database.

In the second quarter, China Beige Book found that Guangdong was one of the worst performing regions in the country, and the only major coastal area where growth still contracted, according to Shehzad Qazi, managing director at the research firm.

“So the bounce in local orders is certainly not offsetting the continued weakness in export demand, which remains substantial,” Qazi said in an email, noting that 38% of firms in the region reporting a decline in export orders said the drop was more than 10%.

Tue Jun 23 , 2020
Broking giant Willis Towers Watson is ready to take its climate and resilience hub to a new level, announcing a senior director of science and analytics. The company has brought in Matt Foote from the World Bank’s Disaster Risk Financing and Insurance Programme to take the role. Foote will be […] 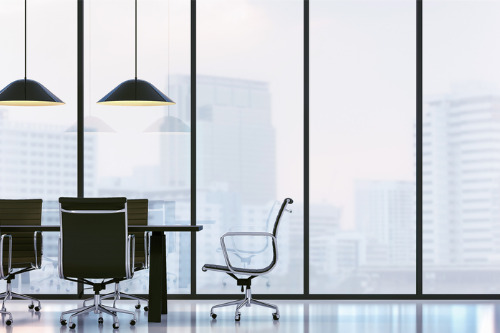