LONDON (Reuters) – Europe’s top oil and gas companies have diverted a larger share of their cash to green energy projects since the coronavirus outbreak in a bet the global health crisis will leave a long-term dent in fossil fuel demand, according to a Reuters review of company statements and interviews with executives.

The plans of companies like BP (BP.L), Royal Dutch Shell (RDSa.L) and Total (TOTF.PA) are in step with the European Union’s efforts to transition to a lower-carbon economy and away from a century-old reliance on oil, and reflect the region’s widening rift with the United States where both the government and the top drillers are largely staying committed to oil and gas.

“We are all living differently and there is a real possibility that some of this will stick,” BP Chief Executive Bernard Looney told Reuters in a recent interview, citing big declines in air and road travel, and a boost in telecommuting.

But Europe’s top five producers – BP, Shell, Total, Eni (ENI.MI), and Equinor (EQNR.OL) – are all focusing their investment cuts mainly on oil and gas activities, and giving their renewables and low carbon businesses a relative boost, according to Reuters calculations.

Company executives and investors say they expect fossil fuel demand to peak earlier than previously thought. At the same time, the EU is expected to focus economic stimulus on green energy infrastructure in the wake of the crisis to further align it with the ambitions of the Paris agreement to fight climate change, making investments in the sector more attractive.

BP aims to keep its previously planned $500 million in spending on low-carbon initiatives this year intact, despite a company-wide spending cut of 20% in the wake of the coronavirus, its incoming Chief Financial Officer Murray Auchincloss said in an analyst call on April 28.

Shell CEO Ben van Beurden, meanwhile, told reporters in an April 30 conference call he also wants to “spare” the company’s New Energy division, which is focused on renewables and low-carbon technologies, from the worst of its budget cuts.

“We still believe there is an energy transition under way that may pick up speed in the recovery stage and we want to be well-positioned,” van Beurden said.

Total still plans to spend its previously planned $1.5-$2 billion on its low-carbon business, despite cutting its overall 2020 spending by $3 billion to $15 billion, CEO Patrick Pouyanne said in an interview with French paper Le Figaro on May 6.

Equinor and Eni also both expressed a continued commitment to their plans to transition to clean energy. An Equinor spokesman confirmed the company is not changing its planned $1 billion of investment in renewables and low carbon energy in 2020 and 2021, despite cuts elsewhere.

Equinor, Shell and Total also announced on May 15 they are investing in a project in Norway to capture and store carbon.

Even after the rejigged spending, investments in renewables and low-carbon technologies for the top five European oil companies represents no more than 15% of total investments, and climate advocates are pressuring the companies to do more.

The group had already outlined plans to sharply reduce carbon emissions by 2050 prior to the coronavirus outbreak.

Some investor said, however, that these plans fall short of the Paris climate goals.

London-based investor Sarasin & Partners said that neither Shell or Total “has set out how they will shift capital away from expanding fossil fuel production to the extent required by their ambitions.”

The biggest U.S. oil and gas companies are taking a different path, encouraged by a government that is a vocal supporter of expanding fossil fuel production: investment in business ventures outside petroleum hardly register, and that is not going to change without a shift in government policy.

Chevron (CVX.N) CEO Mike Wirth told investors in a conference call on May 1 he expects demand for oil and gas to rebound after the coronavirus pandemic lifts.

“The world is not ready to transition to another source of energy in large part anytime soon,” he said.

Exxon Mobil (XOM.N) CEO Darren Woods echoed the view in a call with analysts on the same day.

“I know that there are a lot of different views on what the future holds, but I want to be clear on how we see it: The long-term fundamentals that drive our business have not changed.”

Exxon shareholder activists unhappy with the company’s broad rejection of climate proposals in recent years have been pushing recently to strip Woods of his dual chairman role.

The American Petroleum Institute, which represents all the largest U.S. oil and gas drillers as well as Shell, BP and Total, said it also views the coronavirus outbreak’s impact on fossil fuel demand as a blip.

U.S. President Donald Trump’s administration has long cast doubt on the science of climate change and has decided to pull out of the Paris climate agreement citing the economic cost. The administration is also contemplating ways to pump billions into its oil and gas sector through tax breaks to preserve an industry that rapidly grew over the past decade.

The yawning transatlantic divide offers investors a troubling choice, according to analysts.

On the one hand, aligning with international commitments to the Paris deal seems like a “safe choice”, according to Bruce Duguid, head of stewardship Hermes Equity Ownership Services.

On the other hand, the deeply depressed prices for fossil fuels since the onset of the coronavirus could make it the easy choice for consumers as economies recover.

“At the moment it is not clear who is right,” said Tal Lomnitzer, senior investment manager at Janus Henderson. “It is possible that Exxon and Chevron will emerge from the other side of the crisis looking like heroes. Or possibly irresponsible.”

Mon May 18 , 2020
(Reuters) – The Trump administration has ended a two-year rent holiday for solar and wind projects operating on federal lands, handing them whopping retroactive bills at a time the industry is struggling with the fallout of the coronavirus outbreak, according to company officials. FILE PHOTO: A wind farm is shown […] 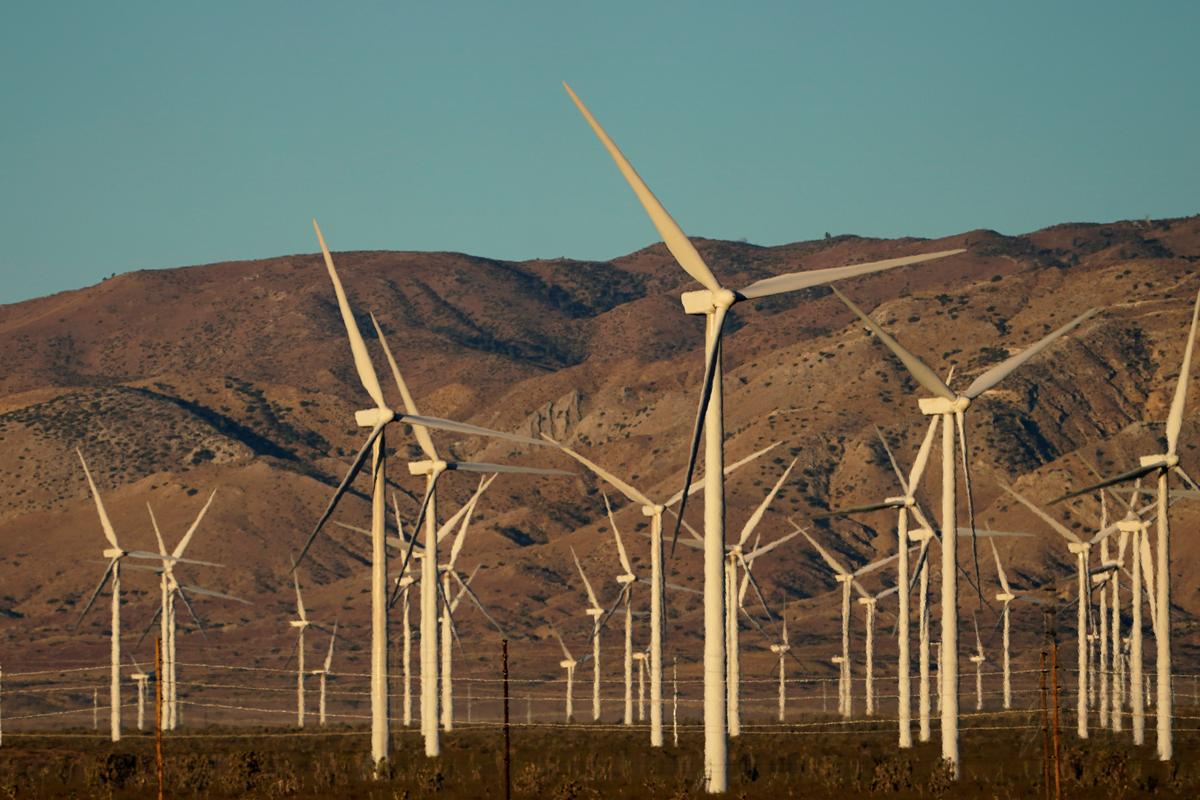