“We’re devastated,” said Every, the owner and operator of Tonche Transit, a small bus company in Mount Tremper, New York. “It’s like someone turned a switch off on March 13, and with the exception of one trip, we have not turned a wheel since.”

Every took over the business from his dad, but since the pandemic, he has furloughed or laid off almost all his employees, including his own son.

Reservations aren’t coming in to charter any of his seven motorcoaches. Passengers are worried about coronavirus, and maintaining a social distance on a bus is difficult. But Every knows it’s more than that.

Putting the brakes on

Across the United States, there are roughly 3,000 private bus companies. Most are small, family-owned or multi-generational ventures, offering an array of transportation services. Some are hired to transport the nation’s military troops to training exercises. Some take school sports teams to competitions. Others deliver first responders to hurricane zones and evacuees to safety.

Normally, the industry pulls in more than $15 billion annually; this year it’s on track to bring in $4 billion, according to American Bus Association CEO Pete Pantuso.

Glenn Every, President of Tonche Transit Inc, stands with his father and son in front of one of the company’s motor coaches.

“We’ve gone to Congress and suggested that we need $10 billion in grants and $5 billion in loans, modeled very much after the airline program and the other stimulus programs that passed Congress the end of March,” Pantuso said.   “Unfortunately, there was no money in those stimulus programs for the motorcoach industry. We were one of the only passenger transportation modes that was completely left out and completely left by the roadside.”

Senator Susan Collins, R- Maine, and Senator Jack Reed, D-R.I., have introduced a $10 billion aid package for the bus industry that would include help for school bus companies and passenger boats. A version has also been introduced in the House.

The bus companies are hoping the bills get folded into the stimulus package being negotiated in the nation’s capital.  Without it, Pantuso said, as many as 40% of private bus companies could fold by the end of the year.

“It’s just a disaster,” Pantuso said. “Not only do these companies, and these families who have been running them for multi-generations, lose out, but the American public loses out because they lose a major part of the transportation network.”

Motorcoaches are part of the scenery on American highways, connecting small towns and major cities. They provide mass transit where there are no airports or train stations. And the rides are usually affordable, allowing students and senior citizens alike to get from small towns to urban centers.

In nearby, Kingston, New York, eight passengers boarded the 6:30 a.m. bus for the 90-mile trip to New York City. Normally, more than 50 passengers would crowd onto the same bus to commute to work.

New York Trailways used to offer at least 26 buses from Kingston to New York every day. Now it offers five.

“The situation is dire,” said Gene Berardi, who owns New York Trailways. “We started service on June 1 after a two-month hiatus, and we built the schedules and the market never really returned.”

Every received a Paycheck Protection Program loan from the government worth roughly $150,000. He said he brought back his employees for eight weeks, hoping business would pick up. It hasn’t. And he’s had to let them go again.

“Buses are a lot like horses,” Every said. “You can’t just put them in a barn and forget about them. They need to move.”

And so his father, 90-year-old Arlos Every, is pitching in again, starting the buses, checking the brakes, driving them around the lot. And Glenn Every is grateful for the help, wherever he can get it.

Tue Aug 4 , 2020
Brokerage giant Willis Towers Watson will soon have a new leader in China – and it’s a familiar face. Wise Xu (pictured), who is already the head of corporate risk and broking in China, will now take the country leader role from September 01. Wise takes the position from Smilla […] 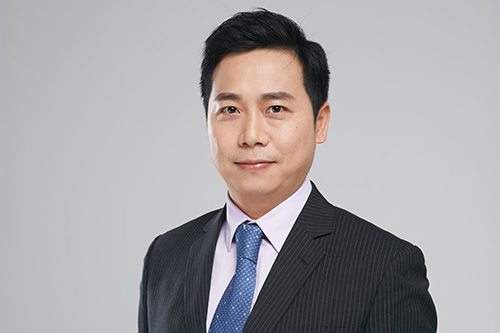