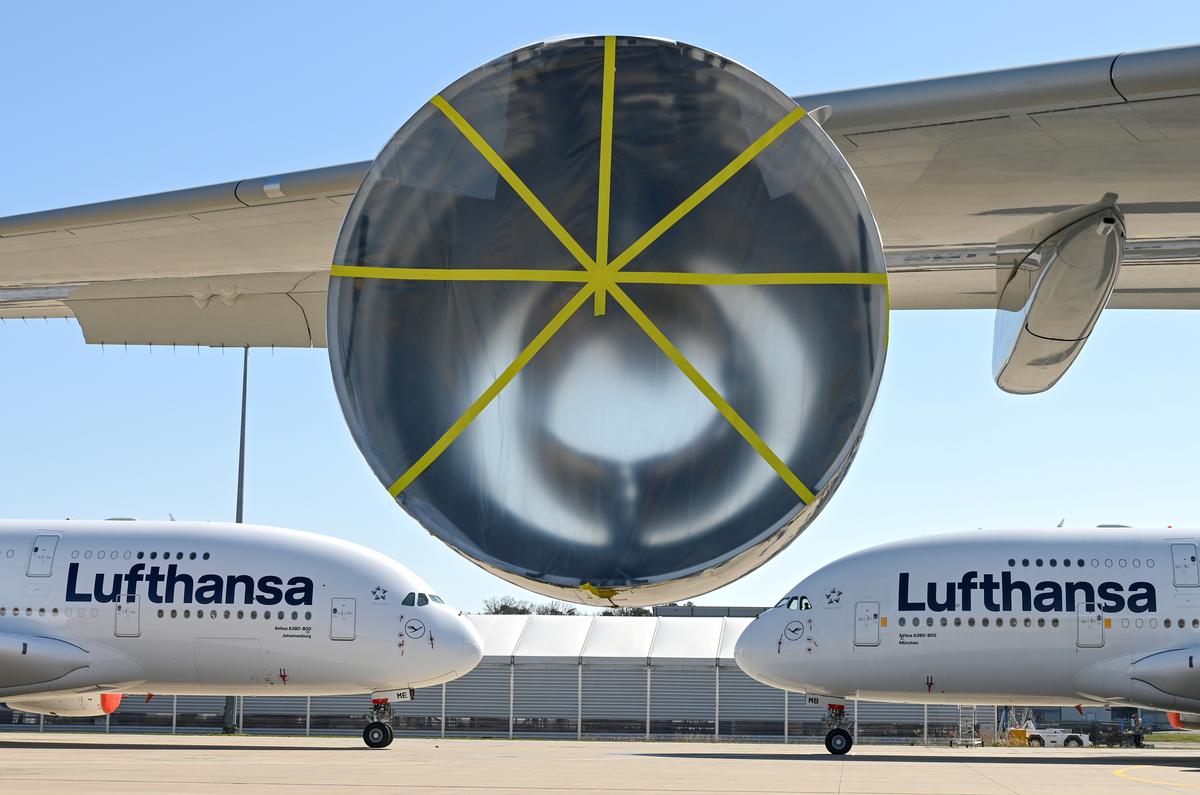 FILE PHOTO: Two Lufthansa airbus A380-800 are parked as air traffic is affected by the spread of the coronavirus disease (COVID-19), in Frankfurt, Germany, March 23, 2020. Arne Dedert/Pool via REUTERS/File Photo

BERLIN (Reuters) – Germany is working on a “concrete model” to aid Lufthansa, Economy Minister Peter Altmaier said on Sunday, amid a political row over whether the state should take a strategic shareholding and play an active role in the stricken airline.