After months of delays Christopher Nolan’s “Tenet” finally landed in U.S. theaters over the weekend, cashing in more than $20 million in ticket sales.

The spy thriller, distributed by Warner Bros., inched closer to $150 million globally, the company reported, garnering an estimated $78.3 million from foreign markets over the holiday weekend. This includes $30 million from China.

The domestic debut comes one week after “Tenet” opened internationally and marks the highest-grossing opening weekend for a film in the U.S. since the pandemic began.

“Tenet” in pre-covid times would have been expected to tally between $35 million and $55 million during its opening weekend, on par with other Nolan films like “Interstellar” and “Inception.” The $20 million is reflective of a 50% cap on attendance at theaters and that only around 65% of cinemas have reopened to the public.

“‘Tenet’ is just getting started in North America and with more theaters to open in the coming weeks and as people start to feel more comfortable in going to communal indoor spaces, the film will likely see a steady progression toward even bigger and better box office results,” Paul Dergarabedian, senior media analyst at Comscore, said. “In this pandemically-challenged marketpalce this is indeed all about the marathon not the sprint.”

Dergarabedian noted that top markets like New York City, Los Angeles, Baltimore and Detroit have not yet reopened theaters.

Disney’s “Mulan” also debuted in some international markets this weekend. The film, which went to Disney+ for $30 in countries that have access to the streaming service, hauled in nearly $6 million after opening in Croatia, the Czech Republic, the Middle East, Slovakia, Turkey, Malaysia, Singapore, Taiwan and Thailand.

Next weekend the film will be released in China and Russia. It is currently unclear how much Disney garnered from its premium sales of the film online.

Mon Sep 7 , 2020
The Tabbies – now in their 17th year – is a global B2B journalism competition held every year with the aim of spotlighting the best in English-language B2B publishing. With nominations coming in from all over the world and finalists engaged in fierce competition, winning at the Tabbies is no […] 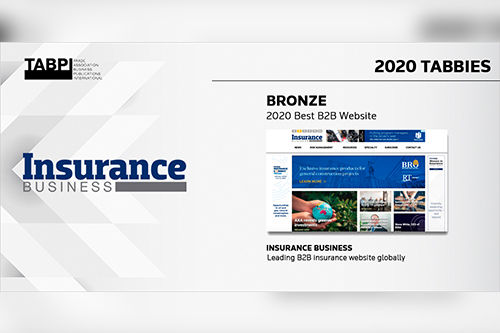