Tensions between the U.S. and China will likely get worse ahead of the American presidential election this November, experts told CNBC on Thursday.

The world’s two largest economies have been embroiled in a long-drawn trade war and are now in a tussle over issues surrounding the coronavirus pandemic.

U.S. President Donald Trump has blamed Beijing for a lack of transparency over the true extent of the Covid-19 outbreak in China, where cases were first reported. In response, Beijing suggested that the U.S. might be the real source of the global pandemic.

With Trump campaigning for a second term in office, “the end game for the Trump administration is crystal clear — and that is winning the election,” said Yale University senior fellow, Stephen Roach.

“This is not about improving economic security for Americans, American companies, no matter what they say. This is a politically motivated trade conflict,” said Roach, who is a former chairman at Morgan Stanley Asia.

Roach added he “wouldn’t rule anything out” in terms of actions that the Trump administration may take, be they new tariffs on Chinese imports into the U.S. or defaulting on debt to China, as some have suggested.

The Trump administration has been ratcheting up the rhetoric on China recently as the coronavirus pandemic wreaks havoc on the U.S. economy.

On Wednesday, Trump blasted China over the origin of the coronavirus in a tweet, saying that it was the “incompetence of China” that caused “this mass Worldwide killing.”

Secretary of State Mike Pompeo on Wednesday said the $2 billion that Beijing has pledged to fight the pandemic was “paltry” compared to the hundreds of thousands of lives lost and trillions of dollars of damage that the coronavirus caused. Pompeo also rejected Chinese President Xi Jinping’s claim that Beijing had been transparent about the outbreak in China.

“President Xi claimed this week that China is acting with openness, transparency responsibility. I wish it were so,” Pompeo said during a State Department news conference, adding that Beijing continued to withhold virus samples and access to facilities. The Chinese government is also censoring discussion on the outbreak, he said.

There will be a lot more action — both symbolic and substantive — from the Trump administration before voters cast their ballots in November, said Eswar Prasad, a professor at Cornell University.

“It’s very clear the Trump administration means business and the hardliners seem to be viewing the pandemic as an opportunity to get even tougher on China than was the case before,” said Prasad, who was previously head at the International Monetary Fund’s China division.

In return, China has been aggressively responding and hitting back at the U.S.

“China has been trying very hard to corral the discussion in international policy circles around to the view that it has been the adult in the room trying to make sure that the pandemic’s effects can be contained, and that the right sort of approach can be taken towards addressing the pandemic,” said Prasad.

Chinese diplomats in particular have been openly combative. On Tuesday, foreign ministry spokesman Zhao Lijian said the U.S. was trying to smear China and shift blame for its own mishandling of the viral outbreak. Zhao was responding to Trump’s letter threatening to halt U.S. funding to the World Health Organization.

“Certainly, China has not stood still. Its diplomats have been trying very hard to control the narrative and they’ve become much more blunt about using their economic and political persuasive power to try to bring countries around to their side and making it very clear that countries that don’t play according to their rules are going to be facing consequences,” said Prasad.

The spat between the U.S. and China comes at an unfortunate time as a dispute between the world’s top two economies will not help anyone and is bad for business and consumer confidence, he said.

And it can only get worse.

“The domestic political dynamics in both countries, I think, are going to be the key drivers here — in particular in the run up to the elections in November. Any negative consequences of tariffs or other economic sanctions against China are going to pale relative to the consequences of the pandemic on the U.S. economy,” said Prasad. “So I think for Trump it certainly makes sense to try to look tough on China and his base is probably going to respond positively.”

Thu May 21 , 2020
Liberty Mutual Insurance has appointed David Perez (pictured) to serve as chief underwriting officer for Global Risk Solutions (GRS) – the company’s global commercial and specialty lines re/insurer. Perez succeeds James Slaughter, who will leave the company on June 30, 2020. In his new role, Perez will partner with underwriting […] 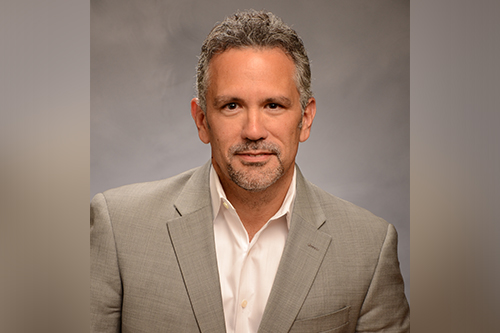