An employee makes a pizza next to a Just Eat Plc branded delivery bag in the kitchen of The Fat Pizza takeaway pizza restaurant in Southend-on-Sea, U.K., on Thursday, Dec 19, 2019.

The deal had been thrown into doubt after the Competition and Markets Authority (CMA) announced an investigation earlier this year into whether it could cause a “substantial lessening of competition.”

Takeaway.com had previously operated its online takeout service in the U.K., but exited the market in 2016. The CMA considered information suggesting Takeaway.com could have re-entered without the Just Eat merger, but on Thursday said it was “satisfied” there was no “material likelihood” of that happening.

“After interrogating how this deal is likely to affect the U.K. market, we are satisfied that there are no competition concerns,” Colin Raftery, senior director of mergers at the CMA, said in a statement.

“Millions of people in the U.K. use online food platforms for takeaways and, where a merger could raise competition concerns, we have a duty to rigorously investigate whether customers could lose out,” he added.

“In this case, we carefully considered whether Takeaway.com could have re-entered the U.K. market in future, giving people more choice. It was important we investigated this properly, but after gathering additional evidence which indicates this deal will not reduce competition, it is also the right decision to now clear the merger.”

Despite news of the regulatory clearance, shares of the combined group Just Eat Takeaway.com — which started trading in February — fell 4% in morning deals.

It comes less than a week after the U.K. antitrust watchdog provisionally approved Amazon’s minority investment in U.K. food delivery firm Deliveroo. But that deal was given an initial green light due to fears that Deliveroo could have collapsed without the funding, as the coronavirus outbreak has harshly impacted on its business.

Amsterdam-based Takeaway.com spent months fighting off rival bids for Just Eat from Prosus, the little-known tech investment arm of Naspers. It finally reached an agreement to buy the firm in an all-stock deal at the start of the year.

Thu Apr 23 , 2020
LONDON (Reuters) – Oil rose on Thursday, spurred by rising tensions in the Middle East, output cuts by producing nations to tackle oversupply and the promise of more government stimulus to ease the economic pain of the new coronavirus pandemic. FILE PHOTO: A pumpjack is shown outside the Midland-Odessa area […] 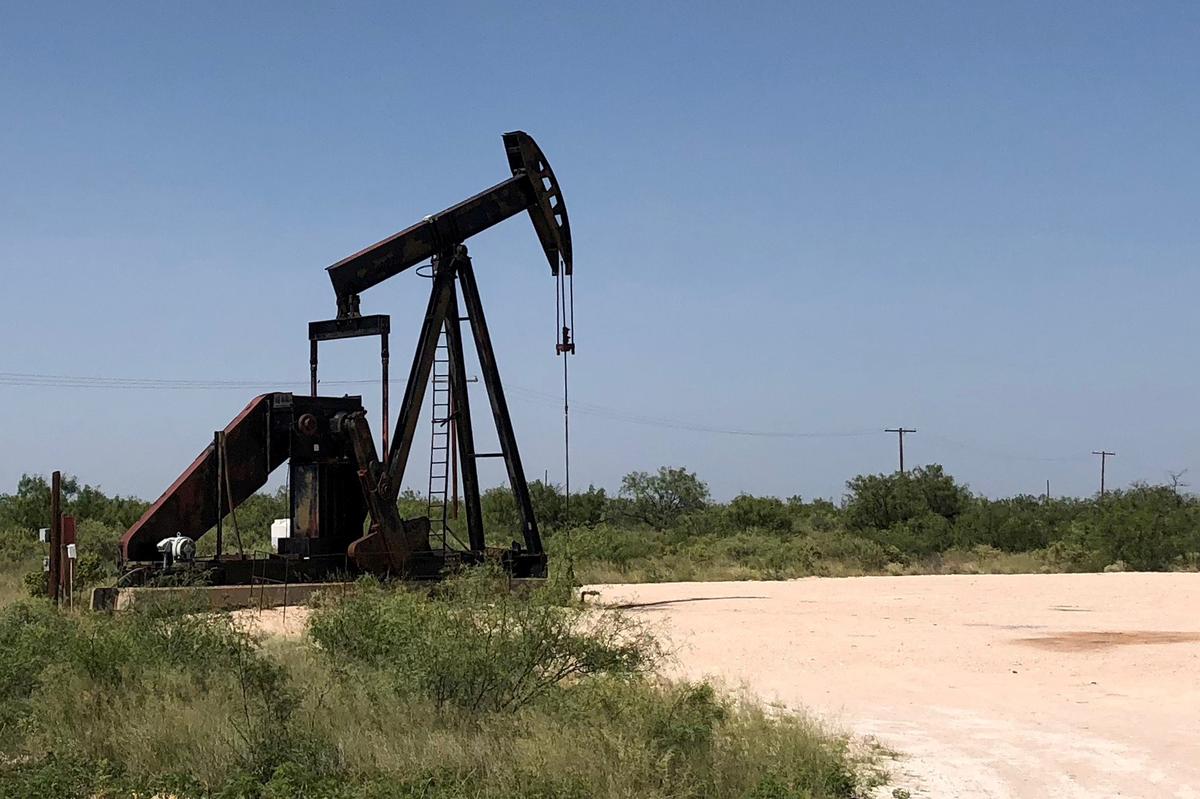