Protestors and police officers clash for the second morning in a row on July 1, 2020 in New York City following a budget vote. (Photo by David Dee Delgado/Getty Images)

A global corporate reckoning that began in the United States after the killing of George Floyd has prompted industries long dominated by White males, such as the financial sector, to rethink diversity.

George Floyd was killed by a Minneapolis police officer on May 25, who knelt on Floyd’s neck for 8 minutes and 46 seconds. Floyd was arrested on suspicion of using a counterfeit $20 bill. His death ignited worldwide protests aimed at addressing racial injustice and inequality.

While companies and banks cannot single-handedly solve the systemic and historic racism that has existed in the United States since its founding, an effort is being made to try and give Black Americans a better chance at economic equality.

In addition to the obvious benefit closing the racial wealth gap would mean for affected communities, a 2019 McKinsey report projected doing so could net the U.S. economy between $1.1 trillion and $1.5 trillion by 2028.

“Public companies and private companies have to focus on ‘how can you show your corporate purpose,’ not just to your employees and your clients, but in every society you work,” BlackRock CEO Larry Fink told CNBC’s Hadley Gamble in a World Government Summit panel last week. He added that “purposeful” companies are going to have better long term profitability.

BlackRock has promised 30 percent more Black employees at the firm by 2024. As CEO of the world’s largest asset manager, Fink oversees more than $6 trillion and hires 16,000 people across the globe, only 5 percent of which are Black. Global Infrastructure Partners Chairman Adebayo Ogunlesi told CNBC’s Hadley Gamble that thanks to “prodding” from CEOs like Fink, business is recognizing that it has a leadership role to play in society in areas like economic and racial injustice.

Under pressure, banks have taken steps to do more to fight racism. Many CEOs released statements and spoke out about the killing of George Floyd, recognizing the deep divisions America faces when it comes to race.

JPMorgan CEO Jamie Dimon released a statement recognizing the “reality” of police brutality, and “coupled with the COVID crisis, highlights the inequities black and other diverse communities have and continue to face every day,” vowing to do more as a firm.

Wells Fargo pledged to double Black leadership over the next 5 years at the bank. According to a memo, only 6 percent of the San Francisco-based bank’s senior leaders are Black.

Francesca McDonagh, the CEO of the Bank of Ireland, told CNBC the banking sector is “notoriously non-representative” of women.

“There are very few female CEOs of systemically important banks,” she said. “When I look around at opportunities to promote women, I always look hard and fast, but there is a shortage at the senior level.”

AXA gives boost to board of directors

Thu Jul 2 , 2020
AXA’s latest Shareholders’ Meeting revealed resolutions recommended by its board of directors, including several appointments. AXA’s shareholders approved the appointment of Mmes Isabel Hudson, Marie-France Tschudin, Antoine Gosset-Grainville, and Helen Browne as directors for a four-year term. Mmes Irene Dorner and Angelien Kemna were also re-appointed as directors for a […] 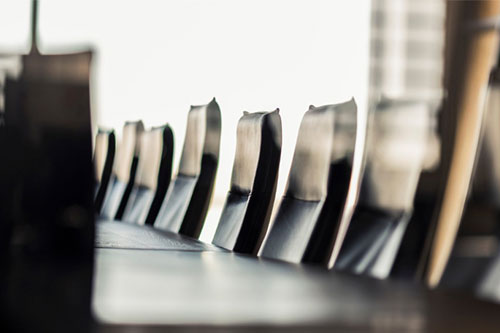