Special purpose acquisition company Tortoise Acquisition Corp. and electric truck company Hylioon will vote on their merger on September 28, meaning there will likely soon be another EV player on the market, according to a recent filing with the Securities and Exchange Commission.

The companies announced their intention to merge in June, shortly after Nikola went public through a reverse merger with VectoIQ, also a special purpose acquisition company or SPAC.

Once the deal closes, the combined company will be known as Hyliion Holdings Corp., and it will trade on the New York Stock Exchange under the ticker HYLN. Through the merger Hyliion will receive $560 million, which will be used to accelerate product commercialization.

Founded in 2015, Hyliion makes hybrid as well as fully electric powertrain solutions for Class 8 commercial vehicles. The hybrid solution, which increases diesel engines’ range and efficiency, is already on the market. Penske and Ryder are customers. The company will also make the Hypertruck ERX, which has a fully electric drivetrain as well as a natural gas-powered onboard generator to charge the battery. The company says it will have some vehicles on the market by 2021, followed by volume shipments in 2022.

In June Hyliion announced a preorder of 1,000 trucks from logistics company Agility, which is also taking an equity stake in the company.

One of Hyliion’s selling points is that it can retrofit its technology on existing fleets. This is in contrast to other players including Nikola and Tesla, which are both planning to build and sell their own line of trucks. Hyliion also offers hybrid solutions, while Nikola and Tesla are focused on fossil fuel-free vehicles.

The merger is one of a number of SPAC and electric vehicle deals announced in recent months, amid investor enthusiasm for both. Spartan Energy Acquisition is merging with Fisker, DiamondPeak and Lordstown Motor will combine and in August Canoo said it would merge with Hennessy Capital Acquisition Corp IV.

Investors have rushed into the space, sending shares of Tesla and China-based electric vehicle company Nio up more than 330% this year. But these stocks have also been known to be volatile. Nikola, for example, rose to an intraday all-time high of $93.99 on June 9, a few days after going public. But the stock has yet to reclaim that value, and currently trades around $42 per share.

These companies all have bold visions for what the future of mobility will look like. But it remains to be seen whether they can execute on these promises. Tesla just posted its fourth straight quarter of profits in July, but it took the company a decade to reach that milestone. The company’s production and delivery issues in the past demonstrate the difficulties in bringing new vehicles to market.

Shares of Tortoise Acquisition jumped 37.38% the day its deal with Hyliion was announced on June 19, and 30.27% the following day. In total, shares are up 401% since the deal’s announcement, through Wednesday’s close. Tortoise went public in March of 2019.

Thu Sep 10 , 2020
Hamilton Insurance Group’s reinsurance and insurance platform in Bermuda will soon be led by newly appointed Hamilton Re chief executive Megan Thomas, whose anticipated start date will be in October pending requisite immigration and regulatory approvals. Currently based in the US, Thomas is making the switch from AXIS Capital where […] 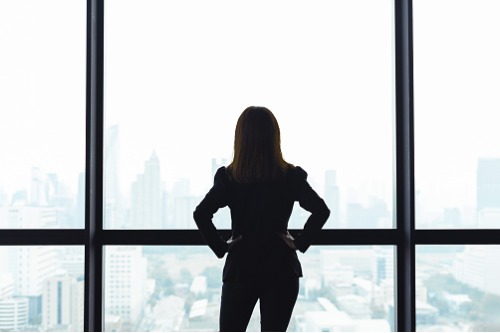