As China opens up its insurance market to foreign investment, homegrown insurers are likely to benefit from the incoming competition, according to an industry report by GlobalData.

The report showed that the GWP of the Chinese insurance industry, which was at US$195.65 billion (SG$260 billion) in 2020, is expected to reach US$259.97 billion in 2024. China is also poised to become the largest insurance market in the world soon, overtaking the United States.

Among the foreign insurers looking to make a splash in the Chinese market is Allianz, which now fully owns Allianz (China) Insurance Holding Co. The company aggressively pursued the expansion of its ownership since December 2019, when the Chinese Banking and Insurance Regulatory Commission (CBIRC) lifted the 51% cap on foreign insurers’ ownership in Chinese operating insurers.

According to Jazmin Chong, insurance analyst at GlobalData, the abolishment of foreign ownership caps is aimed to benefit local firms more than foreign ones.

“As China continues to foster national champions, foreign insurers that wish to follow Allianz foot steps should take a holistic approach to this market space, challenging Chinese insurers on company best practices rather than diverting efforts and investment to target market shares and gross written premiums, as a benchmark for growth.”

Wed Mar 3 , 2021
Under the new agreement, AIA will remain the league’s main sponsor through the 2022 season, with an option to extend the contract for another three years, a joint statement from the parties said. The insurer first became the league’s title sponsor in 2019. As part of the sponsorship, the league […] 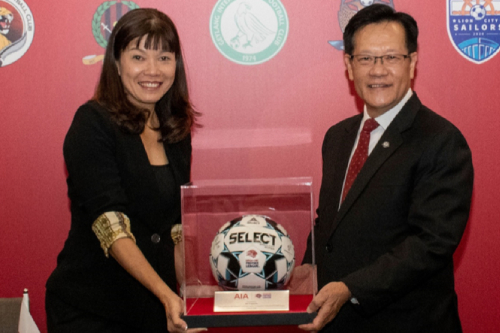