Upon closing the sale of Fortitude, for which AIG received US$2.2 billion in proceeds, CEO Brian Duperreault commented: “Closing this transaction marks the completion of a significant milestone in AIG’s strategy to efficiently manage our legacy liabilities while strengthening our balance sheet and upholding our commitments to regulators and policyholders.”

Adjusted after-tax income attributable to AIG common shareholders was down to US$2.2 billion for the full year ended December 31, 2020, compared to US$4.1 billion in the prior year. The insurer said this decrease was partly due to lower adjusted pre-tax income (APTI) from General Insurance, where it reported APTI of US$1.9 billion in 2020, compared to US$3.5 billion the prior year. This drop, according to AIG, was primarily due to higher catastrophe losses, net of reinsurance (CATs), including US$1.1 billion of COVID-19 CATs.

AIG’s fourth quarter (Q4) 2020 results mirror the full year. In the three months ended December 31, 2020, the global P&C insurer reported net loss attributable to AIG common shareholders of US$60 million – once again, a significant change from the net income of US$922 million reported in the prior year quarter.

The insurer stated: “The loss was primarily due to US$1.2 billion of after-tax net realized capital losses, principally from the non-economic impact of the non-performance risk adjustment on the fair value of variable annuity embedded derivatives, net of hedges, and from losses on other derivatives and hedges.”

Q4 adjusted after-tax income attributable to AIG common shareholders also took a dip from US$923 million in the final quarter of 2019 to US$827 million in 2020. Again, the insurer attributes that to higher CATs, including COVID-19 CATs, and unfavourable prior year loss reserve development.

CEO Brian Duperreault, who will transition away from CEO and into a new role as Executive Chairman of AIG on March 01, remains positive about AIG’s future. He commented: “AIG’s fourth quarter and full year 2020 operating results demonstrate the continued progress we are making to position AIG for long-term, sustainable and profitable growth. We are effectively managing the impacts of COVID-19 and natural catastrophes and remain well capitalized in this environment of unprecedented uncertainty.

“As I transition into my role as Executive Chairman, I want to thank our global colleagues who have shown unyielding resilience, dedication and perseverance in their efforts to serve our clients, distribution partners, communities and other stakeholders – even as their own lives and work situations have been severely disrupted by the COVID-19 crisis. This strength of human spirit is as the core of AIG and visible in all that we do. I look forward to supporting Peter Zaffino as he becomes the next chief executive officer of AIG and, along with our world-class team, continues AIG’s journey to become a top performing company and leading insurance franchise.”

Wed Feb 17 , 2021
Remember the iconic underwriting room at Lloyd’s of London? Now picture it differently, with the future (and what it might require) in mind. That is what the insurance marketplace is asking stakeholders across the globe to do, with an online collaboration hub set up to crowdsource insights and ideas to […] 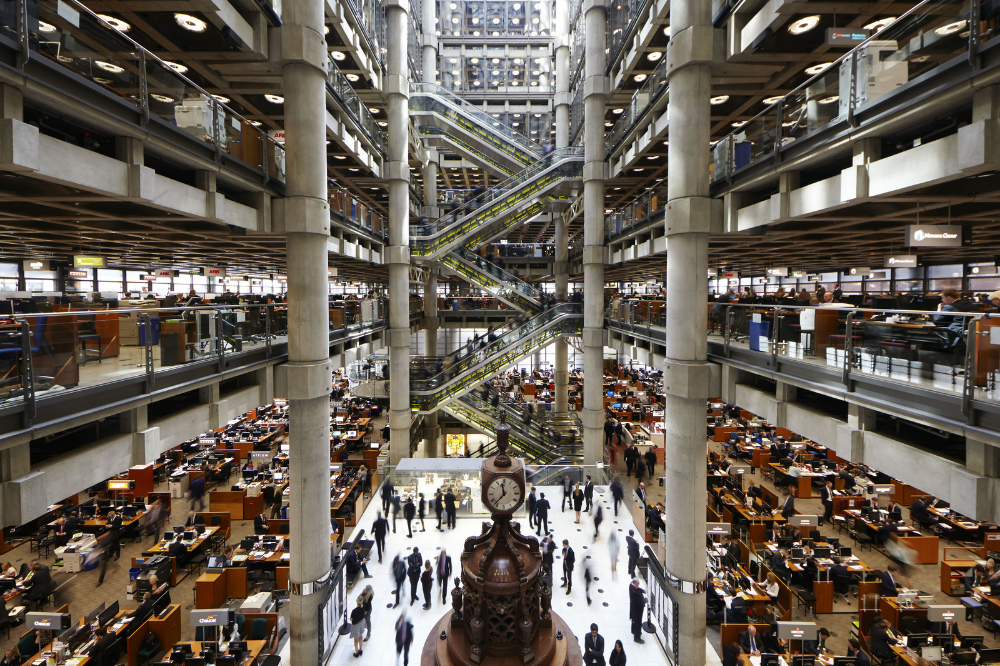