(Reuters) – Buyout firm Apollo Global Management (APO.N) said on Wednesday it has invested $1.75 billion in Albertsons Companies Inc, a sign of confidence in the debt-laden U.S. supermarket operator whose fortunes have picked up in the coronavirus outbreak.

The parent of grocery chains such as Safeway, Vons and Acme for years struggled to generate enough earnings growth to pursue an initial public offering (IPO) that would allow its owners, including private equity firm Cerberus Capital Management LP, to cash out.

But the pandemic has fueled a boom in its business as consumers who stay at home buy more groceries. Albertsons said last month that its sales in March and most of April were up 34% from last year.

The deal with Apollo values Albertsons at around $10 billion, excluding its $8.7 billion debt pile as of the end of February. It gives Albertsons more time and a valuation floor in its pursuit of an IPO, for which it has registered with the U.S. Securities and Exchange Commission.

Apollo said it and a group of other investors acquired $1.75 billion of convertible preferred shares in Albertsons, representing a 17.5% stake in the company.

“We believe the investment led by the Apollo funds represents a vote of confidence in both our business and our long-term strategy,” Albertsons Chief Executive Vivek Sankaran said in a statement.

Albertsons has said it has hired more than 55,000 associates since the beginning of March to cope with demand, and the Boise, Idaho-based company temporarily increased pay for all front-line staff by $2 per hour. It also said it has seen a big jump in online grocery orders for home delivery.

Wed May 20 , 2020
Sen. Amy Klobuchar delivered a letter Wednesday to the country’s top antitrust officials – Assistant Attorney General Makan Delrahim and Federal Trade Commission Chairman Joseph Simons – urging scrutiny of Uber’s potential acquisition of Grubhub.  Uber, which has a market capitalization of $59 billion, has made an offer to buy food […] 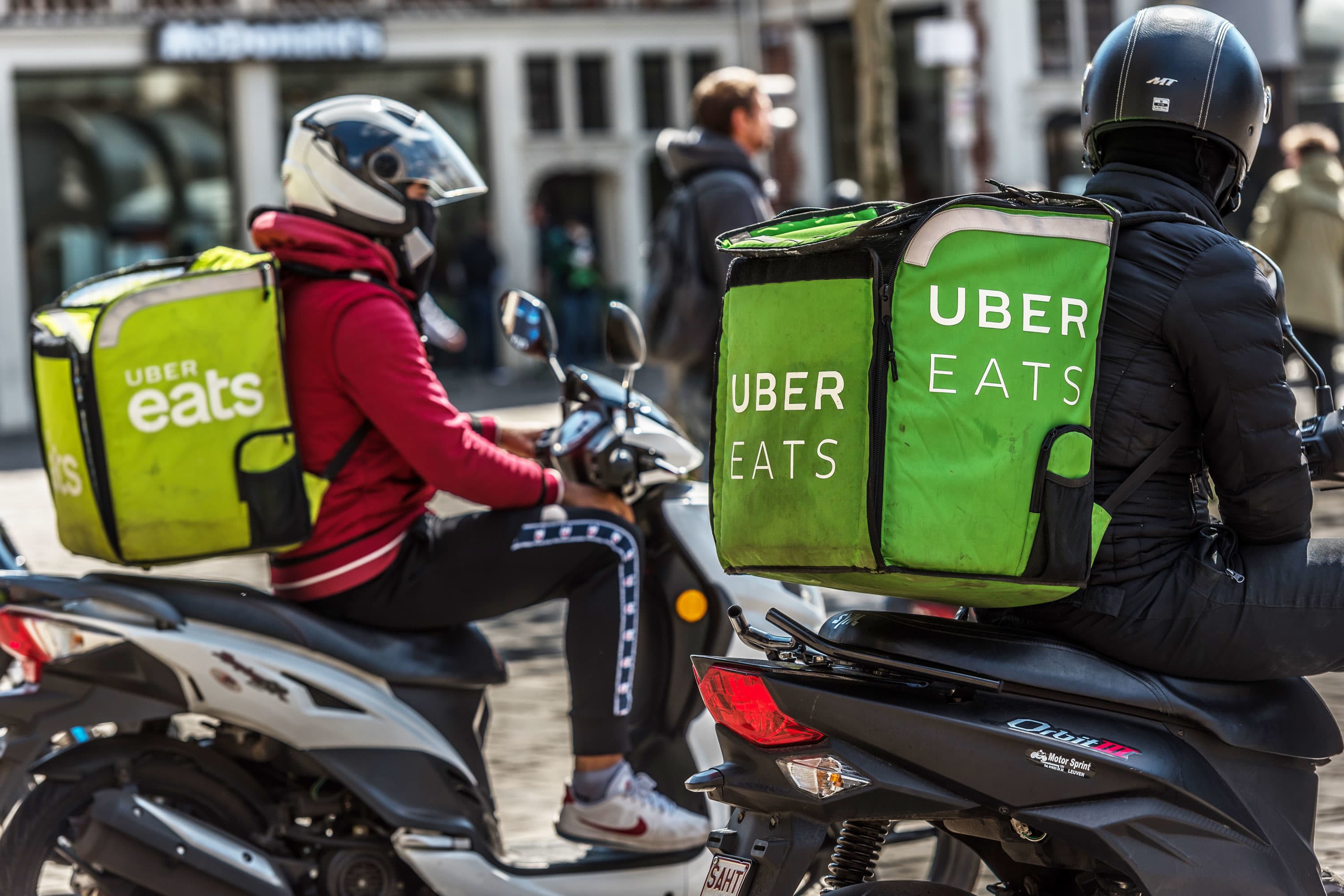