NEW YORK (Reuters) – BlackRock Inc (BLK.N), the world’s largest asset manager, cut total compensation for Chairman and Chief Executive Officer Larry Fink by 8.4% in 2019, a second straight year of decline, according to a filing on Thursday.

Fink was awarded $24.3 million in compensation last year, compared with $26.5 million in 2018, based on a calculation of his pay in line with U.S. Securities and Exchange Commission guidelines.

Going by a set of calculations BlackRock prefers, Fink’s total compensation for the year rose 5% to $25.25 million. The figures differ because BlackRock reports some incentive pay in a different year.

Fink is often quoted for his views on the markets and corporate governance and has been listed among the world’s best CEOs by the newspaper Barron’s.

BlackRock’s stock rose 28% in price during 2019, its best performance since 2017, as global financial markets rebounded from a sharp selloff at the end of 2018. That compares with a 23.5% rise for a Thomson Reuters index that includes more than a dozen of BlackRock’s industry rivals in the United States .TRXFLDUSPINVM.

Fink’s pay is among the highest in investment management globally as well as among U.S. financial firms, according to Thomson Reuters data. In the past the company’s pay to executive officers has drawn criticism from proxy adviser Glass Lewis & Co LLC.

The company’s president, Rob Kapito, was paid $19.3 million in 2019, a decrease of 7.6% from the prior year, according to the calculations based on regulatory guidelines. Kapito and Fink were among BlackRock’s founders in 1988.

Mnuchin says U.S. economy could open in May, defying experts

Thu Apr 9 , 2020
WASHINGTON (Reuters) – U.S. Treasury Secretary Steven Mnuchin said on Thursday that the American economy could start to reopen for business in May, despite experts’ emphasis on prolonged social distancing measures to defeat the coronavirus. FILE PHOTO: U.S. Secretary of the Treasury Steven Mnuchin speaks during a news conference at […] 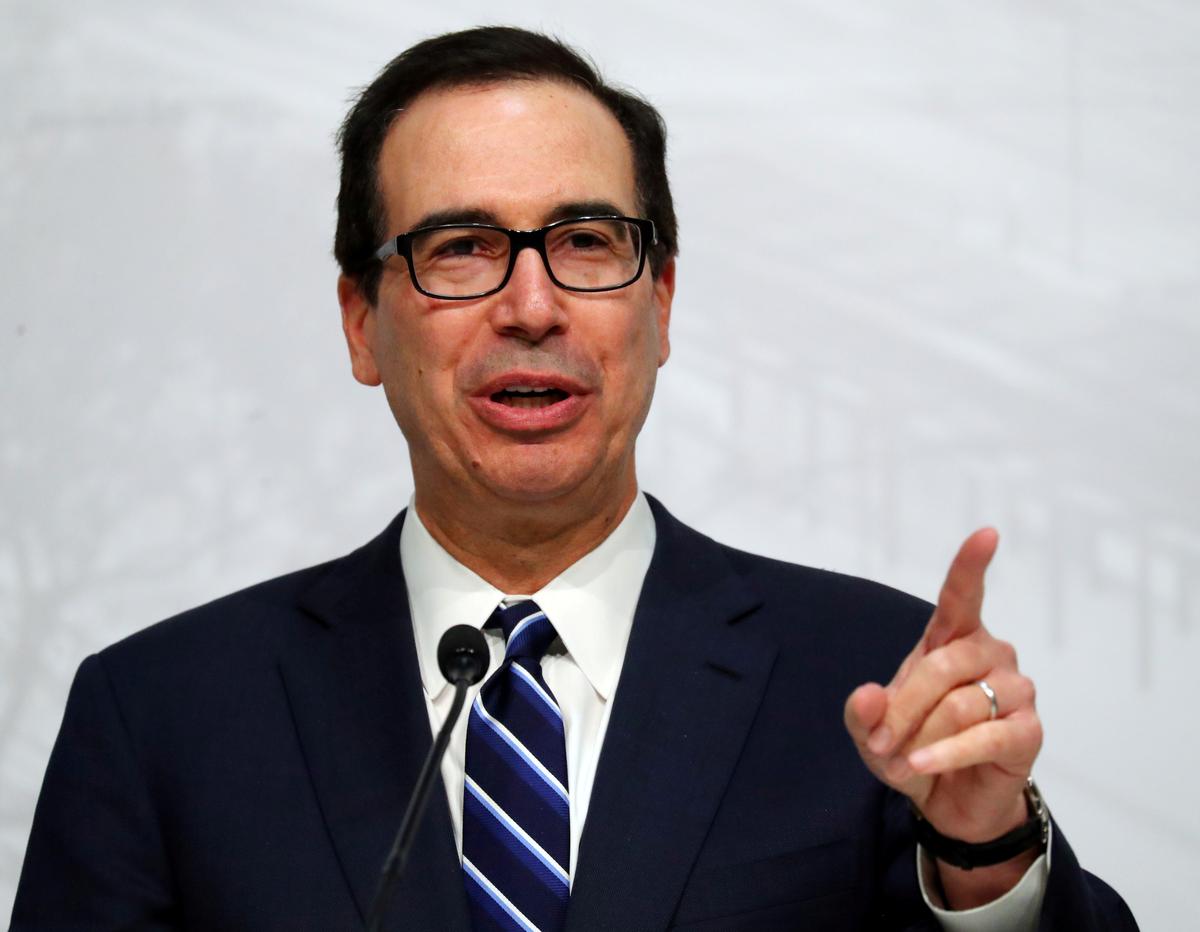