Specialty reinsurance group Chaucer has added political risks and contract frustration cover to its Belt and Road consortium at Lloyd’s.

The new consortium, led and managed by Chaucer, will provide lead capacity of US$60 million (SG$81.1 million), supported by a further US$235 million of follow capacity. It covers political risk and contract frustration exposures from risks associated with the Belt and Road Initiative (BRI).

“Since the Belt and Road Initiative first launched, the insurance industry has played an integral role in providing risk management and vital risk protection,” said Yuan Linjiang, chairman of China Re Group. “China Re has a long history of cooperation, communication, and interaction with its international partners, and as we embark on this new venture with other leading Lloyd’s and UK businesses, we are excited to showcase the combined strength of China Re and Chaucer to the world.”

The BRI is a China-led global infrastructure development project spanning 65 countries in the regions of Southeast Asia, the Middle East and Africa. As of 2019, the BRI had 2,631 projects with a combined value of US$3.7 trillion.

“Our new Belt and Road Consortium at Lloyd’s will allow Chinese companies and co-investors to better protect their assets against political risks and contract frustration risks across the BRI by providing direct access to market-leading risk solutions,” said John Fowle, CEO of Chaucer. “By combining our strong underwriting acumen and leadership position in the political risks market with China Re’s exceptional distribution network, enables us to deliver a truly unique opportunity to the market.”

This is the second consortium launched by Chaucer, following a political violence consortium with capacity of US$400 million in July.

Singapore insurtech firm Surer raises US$1 million in seed round 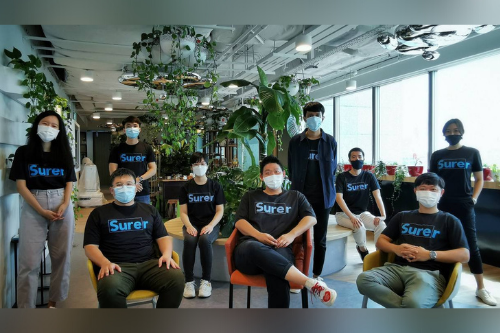