Chevron announced Monday that it will buy independent oil and gas producer Noble Energy, in a move that Chevron CEO Michael Wirth said will be a “good deal” for shareholders in both companies.

“These are high quality assets at a very fair price,” Wirth said Monday on CNBC’s “Squawk on the Street.”

The all-stock deal is valued at $5 billion, or $10.38 per share, and Noble shareholders will receive 0.1191 shares of Chevron. Including debt, the total value of the deal is $13 billion.

The acquisition will enhance Chevron’s portfolio in the oil-rich Permian Basin, as well as in Colorado’s DJ Basin. Noble Energy also has assets in Israel and West Africa, which will further enhance Chevron’s international footprint. It will also lead to around $300 million in annual cost savings, Chevron said in a statement.

The deal is the industry’s largest since oil prices plummeted in March and April, hit by a price war between Saudi Arabia and Russia, as well as an unprecedented drop-off in demand due to the pandemic. In April, West Texas Intermediate crude futures briefly fell into negative territory for the first time on record.

Since then, oil prices have recovered somewhat, and WTI currently trades around $40 per barrel. Still, this is a far cry from the more than $60 it fetched at the beginning of the year.

Looking forward, Wirth said he expects continued choppiness in the commodity market over the near-term due to Covid-19’s uncertain trajectory.

“We have to be prepared for an economy that experiences some ups and downs,” he said before adding that he does see oil prices eventually rebounding as the global economy returns to growth. “This is a good deal even in a low oil price environment. It looks even better if prices recover,” he said.

The acquisition comes more than a year after Chevron sought to buy Anadarko, before ultimately losing out to a higher bid from Occidental.

Mon Jul 20 , 2020
Read next: Businesses missing the mark on risk assessments – Gallagher Murray was instrumental in the creation of Gallagher’s ‘Five Steps to Return to the Workplace’ guide, which provides high-level, generalised ideas that firms may want to consider as they move through the process of reopening. The guide acknowledges that […] 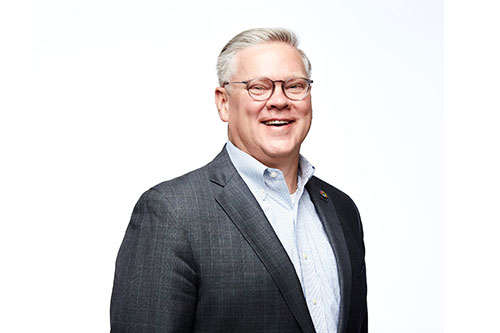