WASHINGTON (Reuters) – The U.S. economy lost a staggering 20.5 million jobs in April, the steepest plunge in payrolls since the Great Depression, laying bare both the economic and human tragedy wrought by the novel coronavirus pandemic.

The Labor Department’s closely watched monthly employment report on Friday also showed the unemployment rate surging to 14.7% last month, shattering the post-World War Two record of 10.8% touched in November 1982. It underscored the depth of the recession caused by lockdowns imposed by states and local governments in mid-March to curb the spread of COVID-19, the respiratory illness caused by the virus.

Though many of the jobs are likely to be recouped as large parts of the country reopen, the labor market carnage spells trouble for President Donald Trump’s bid for a second term in the White House in November’s election. The Trump administration has been criticized for its initial reaction to the pandemic.

Close to 76,000 COVID-19 deaths have been recorded in the United States, with confirmed infections nearing 1.3 million, according to a Reuters tally. With an eye on the Nov. 3 election, Trump is pushing to reopen the economy even as health experts are issuing dire projections of deaths.

“If there is a silver-lining in today’s dismal jobs report, it is in the realization that the economy cannot possibly get any worse than it is right now,” said Chris Rupkey, chief economist at MUFG in New York. “Joblessness can only diminish from this point forward as many states start reopening.”

Economists polled by Reuters had forecast the survey of establishments would show nonfarm payrolls diving by 22 million. Data for March was revised to show 870,000 jobs lost instead of 701,000 as previously reported. A record streak of job growth dating to October 2010 ended in March.

The jaw-dropping job losses in the last two months pushed nonfarm employment to its lowest level since February 2011. Job losses were across the board, with leisure and hospitality industry payrolls plunging 7.7 million. Restaurants and bars accounted for nearly three-quarters of the decline.

Ironically, healthcare employment declined by 1.4 million jobs, with decreases at offices of dentists, doctors, other health practitioners and hospitals.

Dentists have closed offices, while general practitioners and hospitals have seen a reduction in patient visits as people stay at home in fear of contracting the highly contagious virus. Hospitals have also suspended elective surgeries to focus on the treatment of COVID-19 patients.

The Labor’s Department’s Bureau of Labor Statistics (BLS), which compiles the employment report, said the response rate for the establishment survey had returned to a normal range last month. But it changed estimation methods to better account for the historic number of temporary or permanent business closures.

Stocks on Wall Street were trading higher amid easing tensions between Washington and Beijing, and relief on the fewer-than-expected job losses. The dollar fell against a basket of currencies, while U.S. Treasury prices were mixed.

The BLS said the response rate for the household survey, from which the unemployment rate is derived, continued to be “adversely affected by pandemic-related issues.”

Though the unemployment rate jumped from 4.4% in March, its ascent was blunted by the drop of 6.4 million people from the labor force. Some of the people who lost their jobs but are unable to look for work because of the coronavirus are not counted as unemployed. A person has to be looking for employment and available to work to be considered unemployed.

The labor force participation rate, the proportion of working-age Americans who have a job or are looking for one, dropped 2.5 percentage points to 60.2% in April, the lowest rate since January 1973. A broader measure of unemployment, which includes people who want to work but have given up searching and those working part-time because they cannot find full-time employment, surged to 22.8% last month from 8.7% in March.

The number of unemployed people shot up by 15.9 million to 23.1 million last month. At least 18.1 million said they were on temporary layoff, indicating they expected to go back to work within six months. About 2.6 million believed they had permanently lost their jobs. Unemployment accelerated for all demographic groups last month, though Latinos and the less educated were hit the hardest.

FILE PHOTO: People who lost their jobs wait in line to file for unemployment following an outbreak of the coronavirus disease (COVID-19), at an Arkansas Workforce Center in Fayetteville, Arkansas, U.S. April 6, 2020. REUTERS/Nick Oxford

With the mandated business shutdowns concentrated in the lower-wage leisure and hospitality industry, average hourly earnings shot up 4.7% in April from 0.5% in the prior month. That boosted the annual increase in wages to 7.9% April. The workweek averaged 34.2 hours, up from 34.1 hours in March.

Though millions of Americans continue to file claims for unemployment benefits, April could mark the trough in job losses. More small businesses are accessing their portion of an almost $3 trillion fiscal package, which made provisions for them to get loans that could be partially forgiven if they were used for employee salaries.

The Federal Reserve has also thrown businesses credit lifelines and many states are also partially reopening.

Companies like Walmart and Amazon are hiring workers to meet huge demand in online shopping. Truck drivers are also in demand, while supermarkets, pharmacies and courier companies need workers. Still, economists do not expect a quick rebound in the labor market.

“While we are hopeful many will get back to work in the coming months, there will be severe scarring effects on the labor market for years to come,” said Paul Ashworth, chief economist at Capital Economics in Toronto.

The employment-to-population ratio, viewed as a measure of an economy’s ability to create employment, dropped 8.7 percentage points last month to 51.3%, the lowest rate since the series started in 1948.

The economy contracted in the first quarter at its fastest pace since the 2007-09 Great Recession. Economists say the economy entered recession in late March.

The National Bureau of Economic Research, the private research institute regarded as the arbiter of U.S. recessions, does not define a recession as two consecutive quarters of decline in real gross domestic product, as is the rule of thumb in many countries. Instead, it looks for a drop in activity, spread across the economy and lasting more than a few months.

Professional and business services dropped by 2.1 million jobs in April, with temporary help services, which are seen as a harbinger of future hiring, losing 842,000. Payrolls in the retail trade industry declined by 2.1 million jobs, amid broad decreases. But employment at general merchandise stores, including warehouse clubs and super centers rose by 93,000 jobs.

FILE PHOTO: Women stand in front of closed and shuttered businesses during the outbreak of the coronavirus disease (COVID-19) in the Queens borough of New York City, New York, U.S., May 7, 2020. REUTERS/Shannon Stapleton

Manufacturing employment lost 1.3 million jobs. There was decrease of 86,300 jobs at food manufacturers, most likely meat processing plants, which have been hit hard by COVID-19.

Sat May 9 , 2020
SAN FRANCISCO (Reuters) – As many parts of the world’s biggest economy begin to reopen after weeks of stay-at-home orders that slowed the spread of the coronavirus but gutted jobs, Americans should not expect a quick return to growth, U.S. Federal Reserve officials said on Friday. FILE PHOTO: The Federal […] 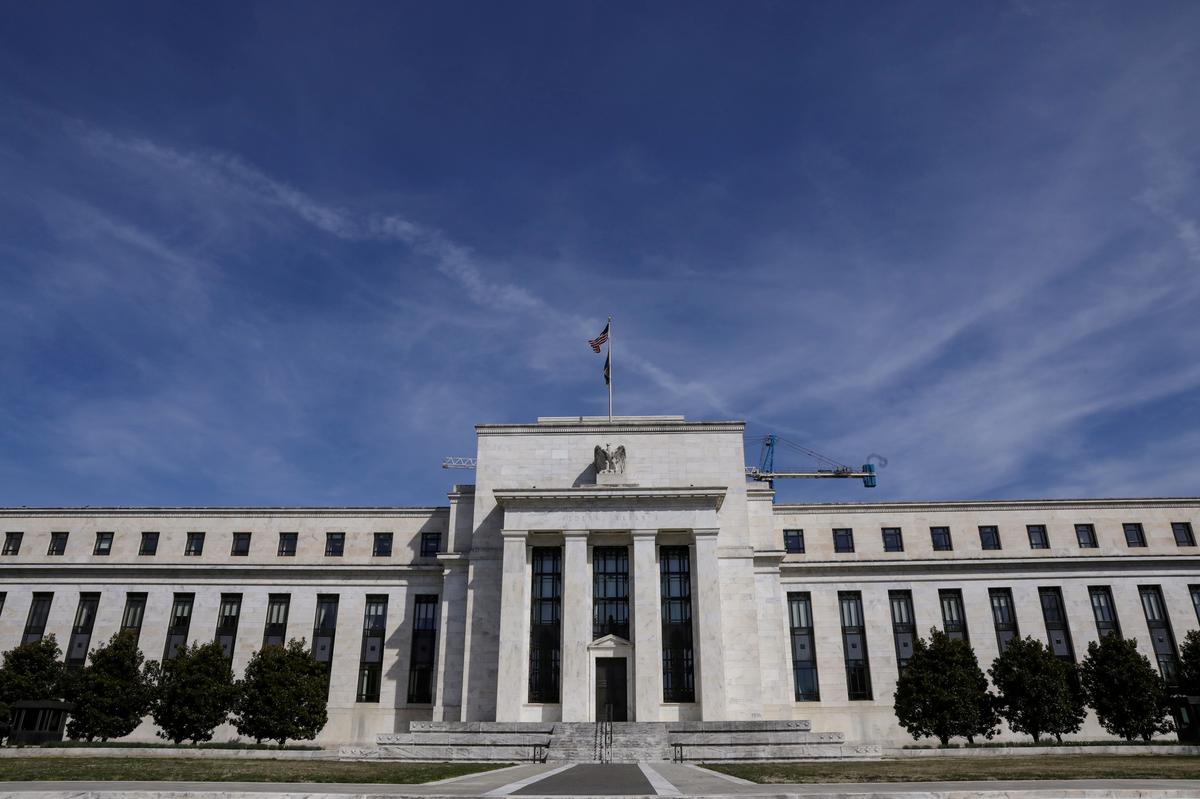