NEW YORK (Reuters) – The novel coronavirus may do to U.S. office rentals what e-commerce did to malls, or so goes a line of thinking running through commercial real estate circles.

FILE PHOTO: The buildings of Hudson Yards rise above lower Manhattan as seen from an apartment in the Central Park Tower building as the building celebrates its topping out in New York, U.S. September 17, 2019. REUTERS/Lucas Jackson

If anything, millions more Americans working from home may hasten corporate moves to downsize their offices, a decade-old trend partially responsible for the office sector underperforming other property asset classes in recent years.

This has come even as the leasing business boomed in New York with a surging jobs market and economic expansion that was upended by orders to close offices to prevent the spread of the coronavirus.

Now technology threatens to further reduce the amount of square footage companies lease after seeing how well the work-from-home experience has fared.

Apps such as Zoom, Microsoft Teams and Google Hangouts have made it possible to collaborate remotely and for staff to be as productive as they are in the workplace, said Gina Szymanski, a portfolio manager at AEW Capital Management LP in Boston, one of the largest real estate investment managers.

“Work collaboration apps will likely have a long-term impact on office (space) similar to the impact that mobile shopping had on retail,” she said. “Corporate footprints will continue to shrink.”

In Manhattan, whose skyscrapers have long been the most valuable U.S. property class, further downsizing could pressure leasing prices that soared to record highs during the good times but now may slip as they typically do in a recession.

Space per worker slid in half to about 150 to 125 square foot (14 to 11.5 square meters) since the financial crisis, according to conventional estimates, and coworking cut that by about half again.

LANDLORDS NOT IN DRIVERS SEAT

Publicly traded owners of office buildings have been challenged in New York for some time.

The age of buildings is another important factor that could hinder investment returns. Landlords have poured hundreds of millions of dollars into rejuvenating Manhattan skyscrapers built as recently as the late 1990s. Such spending has been seen in many U.S. cities to protect an asset values.

“It’s going to accelerate this move to newer office space and it’s going to suck the life out of non-quality assets, this transition from older stock,” said Scott Crowe, chief investment strategist at real estate-focused CenterSquare Investment Management in Philadelphia, who added that the premium between new and old space has been increasing “exponentially.”

Office space in the tony Far West Side, Plaza District and Park Avenue, where many hedge funds reside, costs more than $100 a square foot, while older buildings just south of Times Square, and swaths of downtown, rent for half that rate.

“If you’re not utilizing your space all the time, it has an impact on revenue costs,” South said.

Professional and financial services firms may reduce space more than others because so much work is done at functions outside the office. But not all firms will downsize.

Tech companies, a major driving force in new job creation, want their workforce at the office, South said. For every dedicated spot at a hot desk, an equal amount of space is assigned in common areas for collaborative work, he said.

Scott Nelson, chief executive of occupier services at Atlanta-based brokerage Colliers International, said that while office space demand overall will slacken as companies accommodate a workforce that chooses to work from home, some will rent the same amount of space, but design it less densely for fewer workers to maintain social distancing.

Elevators get complicated. Maintaining six feet of distance means long ground-floor lines to get to the office, a certain discouragement for commuters, unless more elevator banks are installed.

“It will be a tenant market,” he said. “There is the potential that urban centers become less attractive too.”

Thu Apr 16 , 2020
PARIS/BERLIN (Reuters) – L’Oreal (OREP.PA) is counting on consumers rushing back to hair salons to help its business recover quickly once European and U.S. coronavirus lockdowns are lifted, it said on Thursday, adding that beauty sales were bouncing back already in China. FILE PHOTO: The logo of French cosmetics group […] 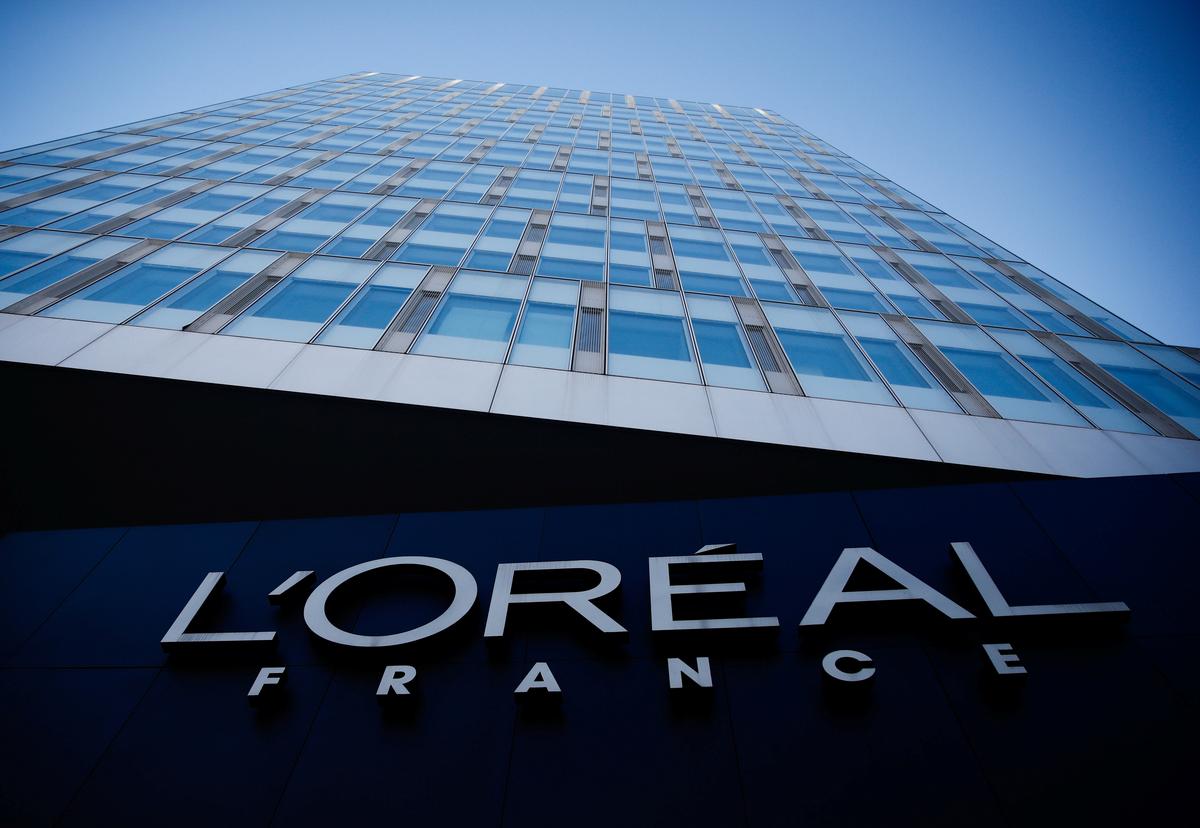