2020 was an incredibly challenging year across the globe, with a rapidly changing mix of customer demands, a volatile staffing and servicing model, and a need to drive transformation quicker than ever before.

Despite this ever-changing set of priorities and demands, several countries across Europe significantly improved their fraud prevention performance in 2020, achieving a second consecutive year of reduction in the losses experienced through fraud according to the FICO European Fraud Map.

In a year that presented fraudsters with new opportunities to exploit consumers, UK financial institutions continued to lead the charge across Europe in thwarting the criminals. New data from the European Fraud Map shows that the UK achieved the greatest fall in card fraud monetary losses, dropping 7{3c4481f38fc19dde56b7b1f4329b509c88239ba5565146922180ec5012de023f} and £46 million year-on-year. Denmark also posting a sizable reduction (~€21 million of relative value).

However, other nations among the 18 European countries studied did not fare as well. Overall, card fraud losses in these countries was reduced by €62 million. Unfortunately, continued increases in France, Germany, Poland and a significant attack in Norway have led to an additional €33 million of fraud losses.

“Fraudsters are constantly scanning for access to poorly protected accounts and opportunities to manipulate transactions and this is what made 2020 such a challenge,” explains Matt Cox, vice president for financial services in EMEA at FICO.

“Fraud teams would have faced wave after wave of sophisticated COVID and Brexit scams, which makes the success of UK financial institutions even more impressive.”

“After achieving the largest single reduction of any European country in 2019, the banks of the UK have repeated this, with the best net reductions of the 18 countries in this report for the second year running,” notes Toby Carlin, a senior director of fraud consulting at FICO. “In an incredibly challenging year, only five of the 18 countries analysed achieved a reduction in card fraud.” 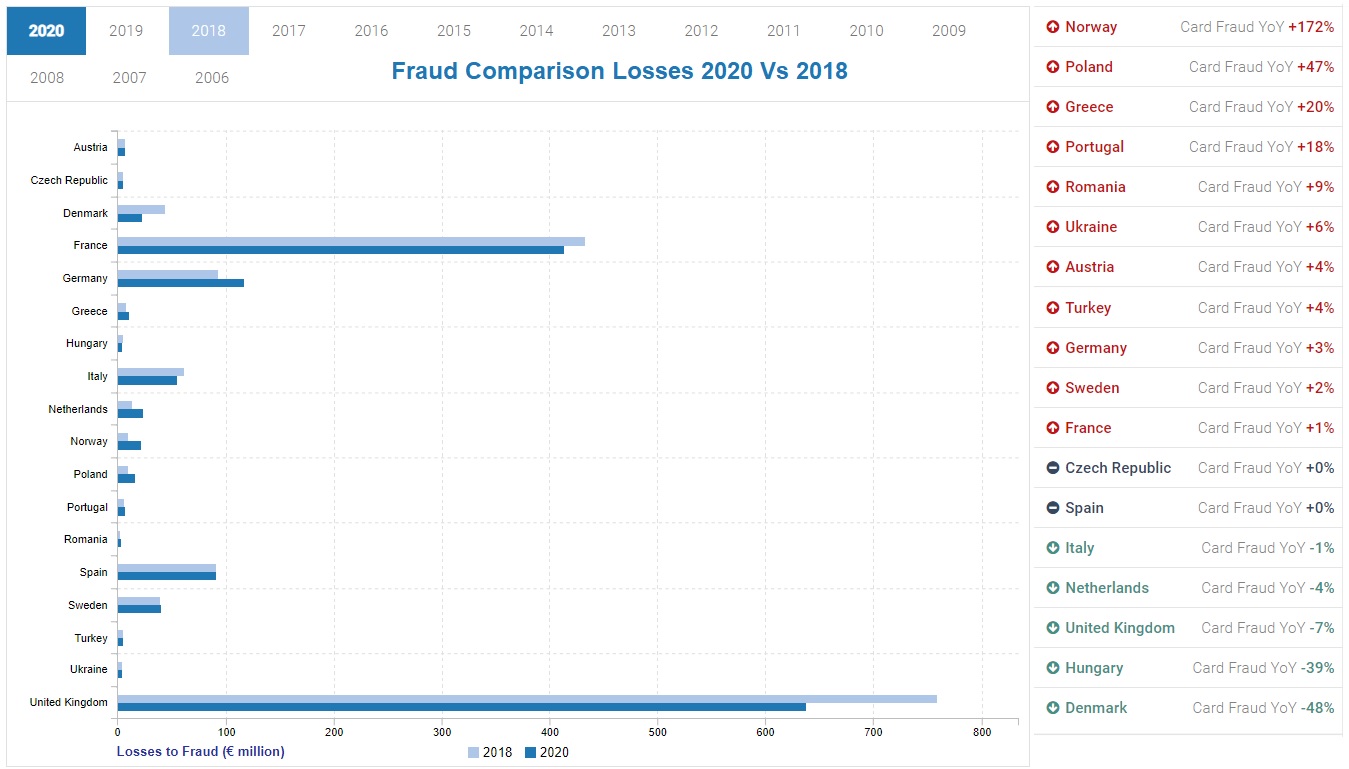 “An impressive multi-industry response to tackle this new attack is already showing positive signs of improvement,” adds Carlin. “Much has been done in the region to combat this threat, both by our banking partners and the mobile phone operators, with real success. The worrying sign here is that the fraudsters have found a hybrid attack vector for the historically ‘digital savvy’ market.”

The Norway attacks centre around large-scale phishing and smishing efforts, designed to introduce a scam which ultimately ends in fraudulent Card Not Present (CNP) transactions.

Phishing and smishing attacks come almost exclusively from data compromise and result in several point attacks. The ability to identify these events effectively and early enough to prevent the attack takes a collaborative approach.

“Whilst it is incredibly positive for so many countries to have made gains through such a challenging period, with Turkey, Spain and the Czech Republic all showing a relatively flat trend through 2020, more needs to be done across the other European states to drive a truly collaborative reduction in all areas,” concluded Cox.

Tue Jun 22 , 2021
Two other major insurers – NH Property & Casualty Insurance and Samsung Fire & Marine Insurance – announced they will no longer insure the construction of new coal projects, but did not mention anything regarding stopping cover for ongoing operations. This comes after Guterres called on insurers to stop underwriting […] 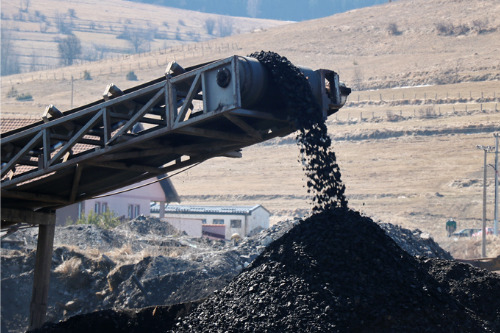