Nissan aims to grow contributions from its biggest markets, China and the United States, to about a third each from just over a quarter now, while the share of other regions, including Brazil, Europe, Japan and Russia, will ease slightly to a third, from about 45% in total now, the sources said.

The comments offer the first glimpse of how the automaker’s global sales breakdown could look in its recovery strategy, set to be unveiled on May 28.

Under the plan, Nissan will aim to bolster cooperation with partners Renault SA (RENA.PA) and Mitsubishi Motors Corp (7211.T) to reverse losses and spruce up a brand dented from years of chasing market share.

The steps will focus on salvaging profitability in the United States and “stopping the bleeding” in Europe, said one of the sources, who spoke to Reuters on condition of anonymity, as they were not authorised to speak with media.

“Eventually we see roughly one-third (of sales) in the United States, one-third in China, and one-third in other regions,” the source added.

“There are many newer markets we can continue to grow, like Brazil, Russia and south Asia,” he said, adding, “If we work well with our partners we can achieve volume growth and profitability.”

In April, Reuters reported that Nissan’s latest recovery plan was likely to assume its annual sales target would hover around 5 million units, down from 6 million in the previous recovery plan announced in July.

Nissan’s global sales plunged to a 9-year low of 4.8 million units in the year ended March, when the coronavirus worsened its slump in sales.

An expected annual operating loss of around 45 billion yen in the year ended March is cranking up pressure on the company to scale back an aggressive expansion plan pursued by ousted leader Carlos Ghosn.

A key pillar of Nissan’s “operational performance plan” will be to consolidate production, procurement and development with Renault in Europe, the French automaker’s home market, and Mitsubishi Motors in southeast Asia, where the smaller Japanese automaker has a stronger presence.

Nissan plans to reduce its manufacturing presence in Europe and is considering closing its plant in the Spanish city of Barcelona, sources have told Reuters, with one saying it was also assessing the prospect of Renault building cars at Nissan’s massive plant in Sunderland, England.

“My view is that we will be left with more integration of Sunderland into the general European industrial scheme,” the person said, while acknowledging such moves would hinge on Brexit trade pacts.

Nissan’s May plan will not include consideration of any outside investment or government-backed support, he added.

U.S. employers wary of coronavirus 'immunity' tests as they move to reopen

Fri May 15 , 2020
NEW YORK (Reuters) – U.S. employers have cooled to the idea of testing workers for possible immunity to the coronavirus as they prepare to reopen factories and other workplaces. FILE PHOTO: Shalonda Williams-Hampton, 32, has her blood taken by Northwell Health medical workers for the antibody tests that detect whether […] 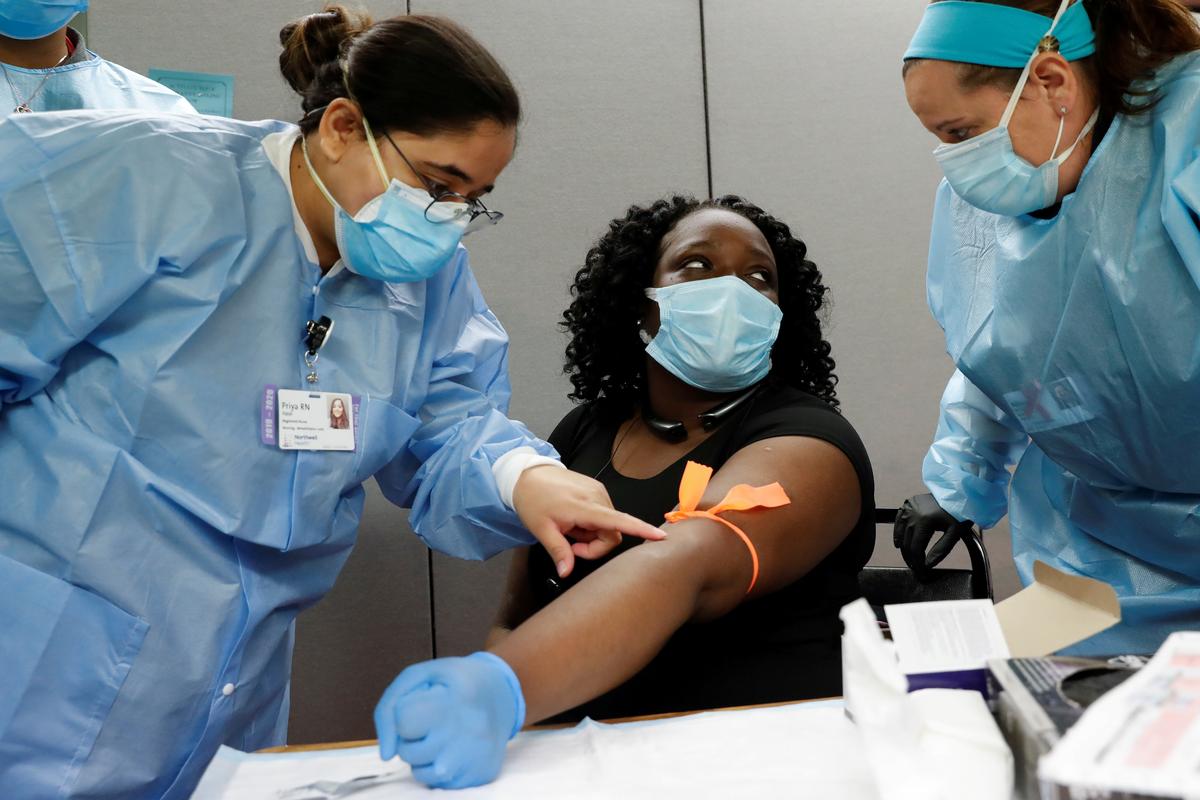