WASHINGTON (Reuters) – After rolling out trillions of dollars in support for the U.S. economy during the coronavirus pandemic, Federal Reserve officials have begun warning of potentially lasting scars to the workforce and productivity if the recovery is not handled well.

In separate comments on Friday, the heads of three Fed regional banks said the aggressive efforts already taken to keep companies and firms afloat are only the start of what will be required to get the economy back to normal, with worker retraining, retooled social safety nets, and other steps needed once the health crisis eases.

“We need to be working on the economy’s recovery rate” after the crisis, said Richmond Fed President Thomas Barkin, noting that companies may be operating less efficiently under social distancing rules, business investment may be hampered by eroded confidence, and workers may pull back from the labor market as they rethink how to care for children and aging parents in an era when day care facilities and nursing homes pose higher risks.

Barkin spoke amid a patchwork end to the coronavirus-spurred lockdowns that has seen some states throw open their economies already and others maintain restrictions, while companies and their employees struggle to find the right balance. Workers that remain on the job face risks – meat processing plants have been forced offline due to outbreaks among workers – while companies that do reopen likely face higher costs and fewer customers.

“We will return to somewhat normal operations – at a gradual pace,” Barkin told the Maryland Chamber of Commerce in a webcast. But “I worry about the landing spot – how strong the economy will be at the end of this.”

St. Louis Fed President James Bullard and Dallas Fed President Robert Kaplan expressed similar concerns that the path out of the crisis may be both slow and complex.

Not only will the unemployment rate spike to catastrophic levels as high as 20% in the coming months, for example, but it will likely remain high until the end of the year or longer, Kaplan said in an interview on Fox Business Network.

That stands in contrast to initial hopes for an economic rebound as swift and historic as the decline of recent weeks.

The Fed this week restated a pledge to keep interest rates low and continue offering trillions of dollars in credit across the economy as long as is needed to keep it stable during the fight against a pandemic that has killed more than 62,000 people across the country.

But that may just be the beginning of a struggle that will require critical policy choices about how and what to reopen, what health protections are needed to keep the virus contained, and how to offset whatever financial or other wounds emerge.

Bullard, in a Wall Street Journal interview, said he worried about the prospect of an economic depression if both the shutdown goes on too long and the reopening is not handled well.

“I think we are taking depression risk here if we are not careful and if we don’t execute this properly over the next couple of months,” Bullard said, suggesting a “far more granular, far more risk-based” approach to the timing of states or industries coming back online.

“You can hit the pause button on the U.S. economy, but if you try to keep it on pause for too long, too many other problems will start to accrue and you’ll start to get lots of bankruptcies and lots of business failures,” Bullard said.

France's SocGen to provision between 3.5 and 5 billion euros this year: CEO

Sat May 2 , 2020
FILE PHOTO: The logo of Societe Generale is seen on the headquarters at the financial and business district of La Defense near Paris, France, February 4, 2020. REUTERS/Benoit Tessier/File Photo PARIS (Reuters) – French bank Societe Generale expects to have to provision 3.5 billion euros to 5 billion euros ($3.84 […] 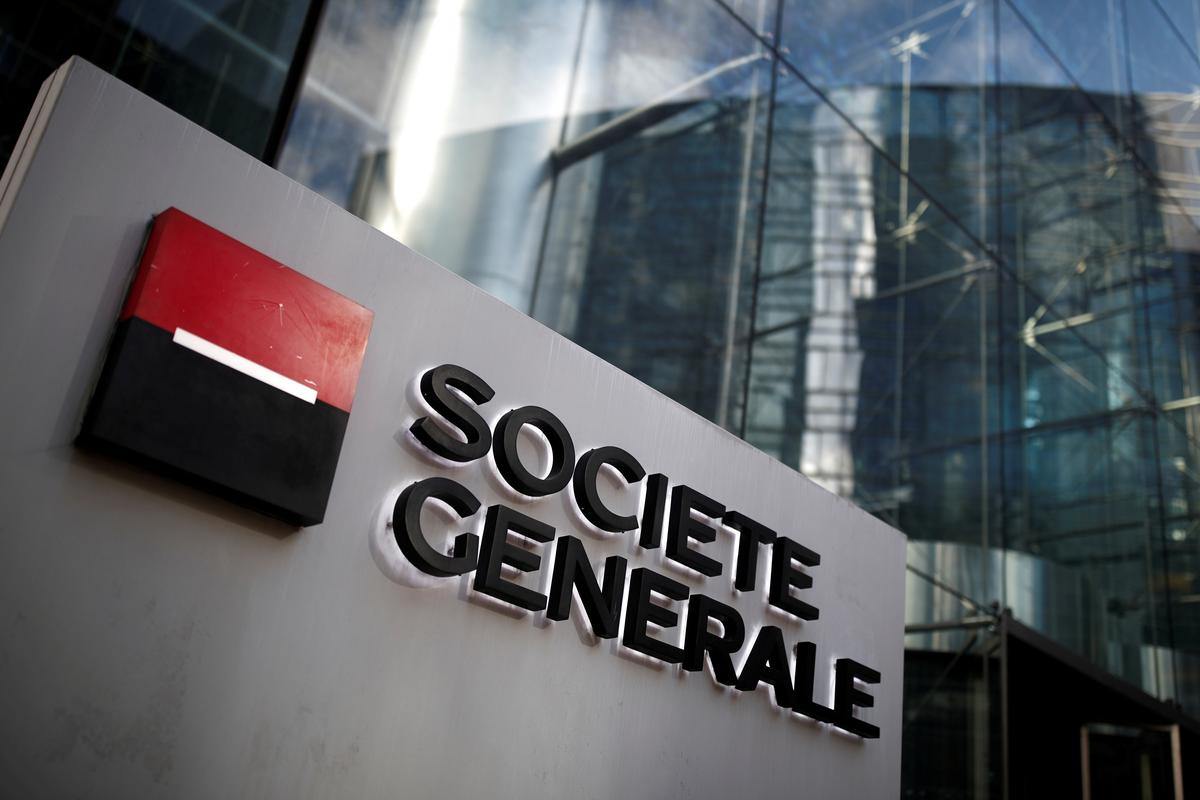