FedEx (FDX) — FedEx shares popped more than 9% in the premarket on the back of quarterly numbers that beat analysts’ expectations. The shipping giant reported earnings per share of $4.87 on revenue of $19.32 billion. Analysts expected a profit of $2.69 per share on revenue of $17.55 billion. The company said its average daily package volume jumped 31% to 11.6 million in its fiscal first quarter.

Adobe (ADBE) — Adobe reported earnings per share of $2.57 on revenue of $3.23 billion. Analysts polled by Refinitiv expected a profit of $2.41 per share on sales of $3.16 billion. The company said its Digital Media business saw 19% year-over-year growth for the fiscal third quarter while its Digital Experience segment grew by 7% year-over-year.

Zillow (ZG) — A Deutsche Bank analyst named Zillow a “catalyst call buy,” noting the $4.8 billion SPAC deal for real estate start-up Opendoor “sets the stage for Zillow to get more value attribution for the Homes segment of its business.” Zillow shares were up 1.2% in the premarket.

Eastman Kodak (KODK) — Shares of Eastman Kodak popped more than 42% after a law firm hired by the one-time photography giant said transactions made by CEO Jim Continenza around the time the company learned about a $765 million government loan did not go against internal policies.

KB Home (KBH) — An Evercore ISI analyst upgraded to the homebuilder to “outperform,” noting that “amidst  rising  fear  and  insecurity,  the  instinct  to  retreat to the sanctuary of one’s home is implacable.” KB Home shares traded higher by 1.5%.

Tapestry (TPR) — Shares of the Coach and Kate Spade parent company were up by more than 3% after a Deutsche Bank analyst upgraded the stock to “buy” from “hold.” The analyst also hiked his price target on the stock to $21 per share from $18 per share. The new price target implies a 24.7% upside from Tuesday’s close of $16.84. “We have seen strong digital trends across the retail landscape, and believe TPR will be a beneficiary of the current trend that appears to be accelerating the shift to digital,” the analyst said.

Overstock.com (OSTK) — Wedbush initiated Overstock with an “outperform” rating and a price target of $92 per share, sending the stock up more than 2% in the premarket. That price target implies an upside of 25.4% over the next 12 months. “We see multiple catalysts, both on the macro and micro level that we believe can drive continued upside to revenue and EBITDA estimates,” Wedbush said.

Wed Sep 16 , 2020
AIG has appointed James Nash as president and chief executive officer of AIG Japan Holdings. Nash succeeds Robert L. Noddin, who will serve as non-executive chairman of AIG Japan until his retirement in 2021. In his new role, which he is expected to assume in early 2021, Nash will oversee […] 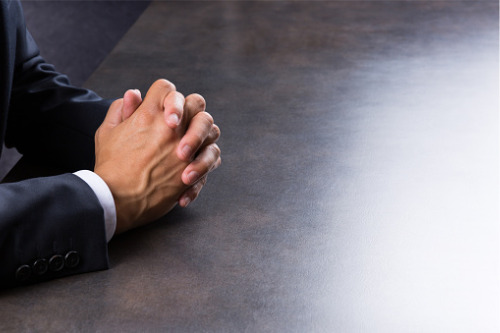