Federal Reserve Chairman Jerome Powell said Wednesday that policymakers may have to use additional weapons to pull the country out of an economic mire that has cost at least 20 million jobs and caused “a level of pain that is hard to capture in words.”

While he did not specify what those measures are and where they would come from, Powell said that the coronavirus has triggered a situation unlike previous recessions the U.S. has endured, and the response may have to be more from Congress than the Fed.

He noted the unprecedented strength of the both the fiscal and monetary measures, but stressed the importance of making sure that the deepest slump since the Great Depression does not get out of control. The Fed has cut its benchmark rate to near zero and instituted multiple lending and liquidity programs, while Congress has appropriated close to $3 trillion in rescue funding and is deliberating another round ahead.

“While the economic response has been both timely and appropriately large, it may not be the final chapter, given that the path ahead is both highly uncertain and subject to significant downside risks,” Powell said in prepared remarks for a webcast event with the Peterson Institute for International Economics.

His remarks did not address the prospect of using negative interest rates to spur growth, but he also was set to participate in a question and answer session afterwards.

The central bank leader spoke days after the Labor Department reported that nonfarm payrolls fell by 20.5 million in April and the unemployment rate shot up to 14.7{3c4481f38fc19dde56b7b1f4329b509c88239ba5565146922180ec5012de023f}, both the worst since the Depression by large margins. The department noted that it probably missed millions more due to issues with gathering the data.

At the same time, GDP is expected to plunge by record levels in the second quarter, with expectations dimming for a strong recovery as the coronavirus-induced lockdown of the national economy drags on.

Powell said the recovery is largely dependent on a number of questions surrounding the virus, such as how long it will take for treatments to arise, whether the end of social distancing will spur new outbreaks and when consumer and business confidence will return.

“The answers to these questions will go a long way toward setting the timing and pace of the economic recovery,” he said. “Since the answers are currently unknowable, policies will need to be ready to address a range of possible outcomes.”

While he indicated the Fed will continue to bring all of its power to bear on stabilizing the economy and financial markets, Powell indicated that the biggest future response may have to come from Congress.

“Additional fiscal support could be costly, but worth it if it helps avoid long-term economic damage and leaves us with a stronger recovery. This tradeoff is one for our elected representatives, who wield powers of taxation and spending,” he said.

Wed May 13 , 2020
WASHINGTON (Reuters) – U.S. producer prices fell by the most since 2009 in April, leading to the largest annual decline in nearly 4-1/2 years, which could bolster some economists’ predictions for a brief period of deflation as the novel coronavirus depresses demand. FILE PHOTO: People shop at Macy’s Department store […] 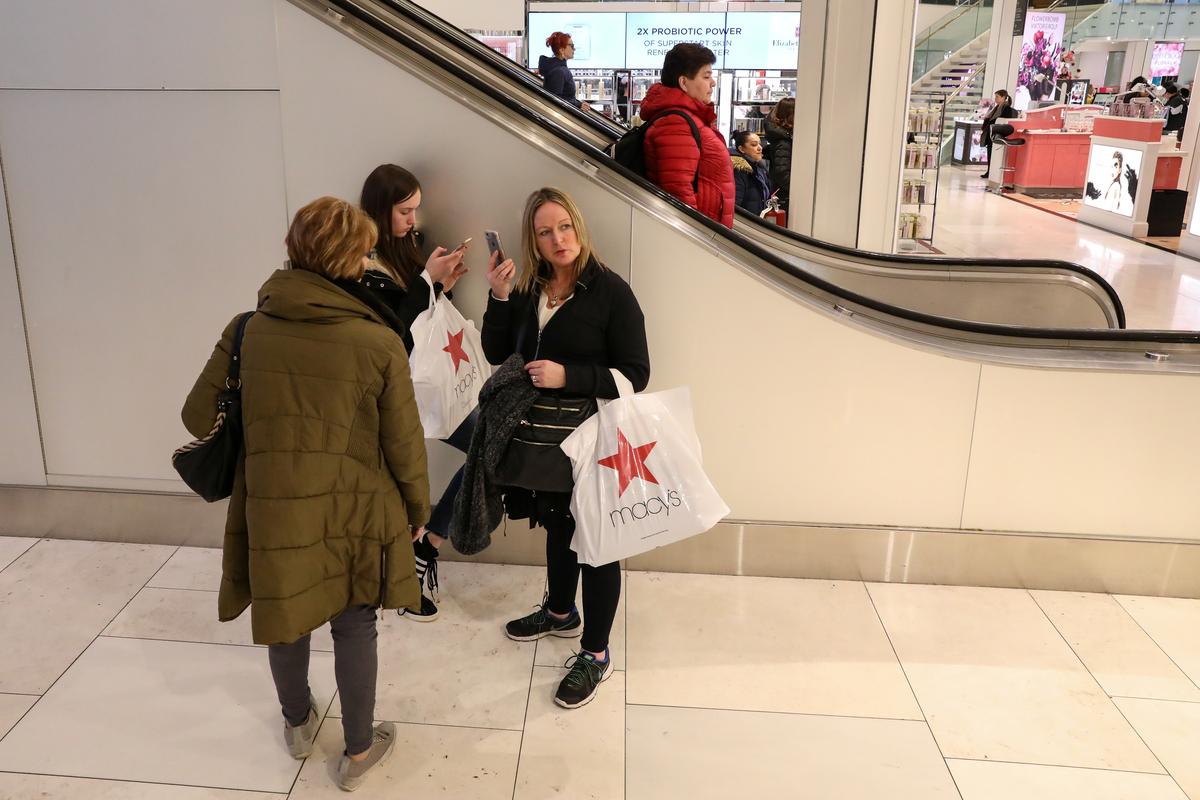