A pedestrian wearing a protective mask walks through the Lujiazui financial district in Shanghai, China, on Friday, March 20, 2020.

As global uncertainty escalates, more foreign businesses are buying into China, including deals in the more sensitive industries of finance and technology.

“Over the past 18 months, we have recorded levels of foreign M&A (mergers and acquisitions) into China that were not seen in the previous decade,” research firm Rhodium’s partner Thilo Hanemann and founding partner Daniel H. Rosen wrote in an online report released Thursday.

“Most of that activity has been driven by American and European firms taking advantage of looser foreign ownership limits or betting on Chinese consumer demand,” the report said.

Through the years, the Chinese government has gradually increased the industries in which foreign businesses can operate, and has also peeled back restrictions on wholly-owned foreign operations.

Many foreign financial institutions in particular are buying up majority stakes in their Chinese joint ventures and applying for licenses to manage more local money.

At a high-level annual financial conference in Shanghai that wrapped up Friday, China’s top regulators emphasized that the world’s second-largest economy would keep opening up its local capital markets to foreigners.

“The market in China is very big and lots of these foreign (corporate) investors, they are looking at the long-term business development in China,” Martin Wong, managing partner of the insurance sector for the financial services industry at Deloitte China, said in a phone interview early last week. “They’r’e not looking at the short and medium term.”

The rising business interest in China contrasts with an increasingly tense geopolitical environment.

Since U.S. President Donald Trump’s administration began stepping up pressure on China with tariffs about two years ago, the political campaign has spread to technology and finance. The emergence of Covid-19 late last year in the Chinese city of Wuhan and the resulting global pandemic has only strained U.S.-China relations further.

The economic shock of coronavirus-induced restrictions on business activity caused the gross domestic product in both the U.S. and China to contract in the first quarter. Many economists expect U.S. GDP will fall by more than 40% in the second quarter, and China’s to eke out some growth, ahead of a rebound later this year.

Amid the economic and geopolitical pressures, Chinese companies are investing less overseas, according to data disclosed Thursday by China’s Ministry of Commerce. But foreign investment rose 7.5% from a year ago in May to 68.63 billion yuan ($9.87 billion).

The Rhodium report pointed out that another factor behind the investment trend is that in some industries, Chinese businesses have now become leaders – partly through the rise of start-ups and government policy support.

“For the first time, therefore, it is attractive for foreigners to buy technology and industrial assets rather than build from scratch,” the authors wrote.

What companies are buying

Here are a few deals this year that Rhodium highlighted:

China has kept its markets closed long enough to develop its own giants in many industries. But other sectors are still in the early stages of development. At the intersection of a rising middle class and looser financial ownership restrictions is the insurance industry.

In December, France-based insurer AXA announced it completed the buyout of its domestic shareholders worth roughly 4.6 billion yuan, and claimed to be the largest 100% foreign-owned property and casualty insurance company in the Chinese market.

“It is important for foreign enterprises, before anything, to be rooted in the Chinese market, serving Chinese customers with the support of the parent company because China is not one market and customer needs are very diverse and demand for advanced digital applications will propel the future,” Veyry said in a statement to CNBC earlier this month.

China may present a unique opportunity for businesses in search of growth right now. But worries of fraud have escalated after Nasdaq-listed Luckin Coffee, which touted itself as the local rival to Starbucks, disclosed in April the fabrication of about 2.2 billion yuan in sales last year.

The U.S. Senate unanimously and quickly passed legislation in late May that could ultimately force Chinese companies to delist their stocks from U.S. exchanges. The House of Representatives is expected to vote later this summer.

The problem right now is (the U.S. regulators) need to sit down with us with the attitude of resolving problems to find a plan.

Chinese regulators have tried to signal they are taking some action to prevent fraud in light of the Luckin scandal.

“We are willing to resolve problems,” Fang Xinghai, vice chairman of the China Securities Regulatory Commission, said Thursday at the Lujiazui Forum in Shanghai, according to a CNBC translation of his Mandarin-language remarks shared through state-backed media.

“The problem right now is (the U.S. regulators) need to sit down with us with the attitude of resolving problems to find a plan,” Fang said.

Across Asia, fraud is only going to increase as the coronavirus shock puts greater pressure on business units to turn a profit, and remote working setups can be more vulnerable to cyberattacks, some analysts said.

Chris Fordham, managing director at Alvarez & Marsal’s disputes and investigations team in Hong Kong and China, told CNBC last week that the company plans to double its headcount from about 50 people right now in Greater China, to 100 in about two years.

But for all China’s talk of opening, foreign businesses, including those in finance, still complain of burdensome local requirements, not to mention a state-dominated local market.

Peter Ling-Vannerus, chair of the banking and securities working group at the EU Chamber of Commerce in China, pointed out that China’s financial institutions are some of the largest companies in the world with significant state support and 20% of global deposits. “They are behemoths that are not easily competed with,” he said in a statement.

Within China, “European banking executives highlighted the staggering number of periodic reports that must be filed with various regulators — around 100 every month,” Ling-Vannerus said. He noted that at this time, financial institutions are moving ahead cautiously in China, as he said is the case with all European companies in the country. 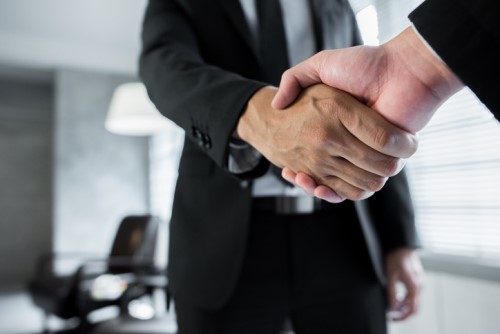