A former insurance clerk found guilty of killing her husband in Malaysia will be set free early as jails are being decongested to reduce transmission of COVID-19.

According to a report by the Mirror, British national Samantha Jones, 62, will be set free on February 18, after having served 28 months out of her 42-month sentence.

In October 2018, Jones was arrested after she stabbed her husband John in the chest, during an altercation in their home in the holiday island of Langkawi. The Joneses have resided in Langkawi for 11 years as part of the Malaysian government’s “My Second Home” programme that encourages expats to retire in the country.

Initially, Jones was charged with murder, which carries the death penalty in Malaysia. However, during the trial, the defence argued that she was being routinely abused by her husband and even suffered a broken jaw after one of his violent outbursts. This was accepted by the court as a mitigating circumstance, and Jones was instead found guilty of “culpable homicide” and sentenced to 42 months in prison.

Jones was serving her sentence in Pokok Sena women’s prison, which was recently locked down due to an outbreak of COVID-19. After her release, Jones will have to undergo quarantine before being deported back to the UK.

Tue Feb 9 , 2021
Scott Kirk is succeeding Jay Bullock as chief financial officer of Argo Group International Holdings, Ltd. In a release, the specialty insurance underwriter said Kirk will assume the CFO post on March 01. His predecessor’s planned departure from Argo, at the time pending the appointment of a replacement, was announced […] 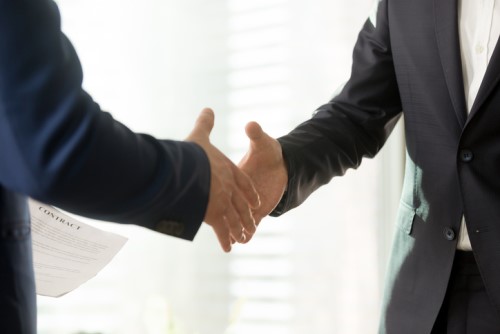