PARIS/BERLIN (Reuters) – A standoff between the two largest nations in the European Union and Silicon Valley escalated on Friday as Apple and Google rebuffed demands by France and Germany to back their approach to using smartphone technology to trace coronavirus infections.

Countries are rushing to develop apps to assess the risk that one person can infect another with the coronavirus, helping to isolate those who could spread the COVID-19 disease.

In Europe, most countries have chosen short-range Bluetooth ‘handshakes’ between devices as the best approach, dismissing the alternative of using location data pursued by some countries in Asia as intrusive.

But a rift has opened up between countries led by France and Germany that want to hold personal data on a central server, and others that back a decentralized approach in which Bluetooth logs are stored on individual devices.

Apple and Alphabet’s Google, whose operating systems run 99% of smartphones, have promised tweaks in May that would accommodate the decentralized approach. A trial version is due out next week.

That has added a political dimension to the standards-setting debate, with a senior French official saying it was time for Europe to stop caving in to pressure from the United States.

“The European states are being completely held hostage by Google and Apple,” said the official, who is involved in coordinating efforts to develop a French contact-tracing app called StopCovid.

Although Bluetooth-based smartphone contact tracing is an untested technology and early results in countries like Singapore are modest, its development is already redefining the relationship between the state and individual.

Reversing a debate that normally pits privacy-conscious Europeans against a data-hungry U.S.-tech industry, it is Apple that has refused to allow Bluetooth monitoring of other devices to run in the background on its iPhones. Such monitoring would open the way to greater state surveillance, say privacy experts.

That creates a problem for France and Germany as now, for their apps to work, a phone would need to be unlocked and have Bluetooth running in the foreground – a drain on the battery and an inconvenience for the user.

Germany also called on Apple to support the app being developed by research group Fraunhofer HHI for the Robert Koch Institute, the federal agency that is coordinating the national health policy response to coronavirus.

“The federal government has great trust in the system that is being tested by Fraunhofer,” government spokeswoman Ulrike Demmer told a news conference. “With a decentralized system, you have to trust Apple and Google.”

Senior executives from Apple and Google said on Friday that they had jointly designed tools with the express goal of supporting decentralized contact-tracing apps they say provide the best privacy protection to users.

“Those privacy principles are not going to change,” Gary Davis, Apple’s global director of privacy and law enforcement requests, told a webinar hosted by the liberal Renew faction in the European Parliament.

“They are fundamental minimum privacy principles that are needed to make this work.”

Dave Burke, vice president for engineering at Google, endorsed the decentralized DP-3T protocol developed by a Swiss-led team of researchers, calling it “the best privacy-preserving solution”.

It was preferable, Burke said, to support a single standard to ensure that national contact tracing apps can talk to each other across borders.

“Trying to support more than one approach is going to add to the fragmentation, cause cross-border problems and really defeat the whole purpose,” he said.

Switzerland plans to launch a Bluetooth app on May 11 based on DP-3T, which stands for Decentralised Privacy-Preserving Proximity Tracing. It was joined on Friday by Estonia, which also plans an app based on the DP-3T standard.

Austria’s Red Cross, whose Stopp Corona contact tracing app was the first to go live in Europe last month and has been downloaded 400,000 times, said this week it would upgrade its architecture and was leaning towards adopting DP-3T. 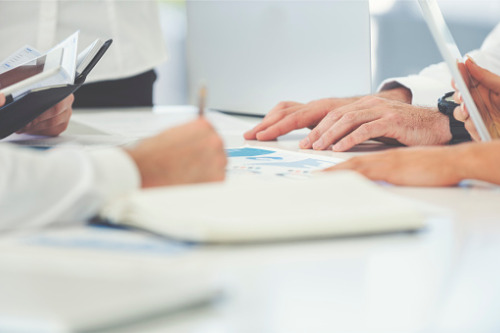