In a normal year, sports fans would be gearing up for the NBA playoffs at the end of May. This spring, with no live competition, some are searching for thrills in the stock market.

U.S. brokerage firms have seen a flood of retail trading activity in recent months. Analysts say a lack of pro sports-betting and casinos, more time to watch the markets, as well as stimulus checks have added to the day-trading trend during the pandemic.

Dave Portnoy, founder and CEO of Barstool Sports, said he dipped into the market to get a sense of competition, and fill the void while pro games were on hold. Portnoy had a dormant E-Trade account with roughly $50 in it. But he began investing hundreds of thousands of dollars in names like Boeing and Alibaba when shutdowns kicked in.

“It’s the combination of no sports — so you can’t bet on that — and you can’t go outside. There’s a lot of people sitting in front of their computers who ordinarily can’t be day trading,” Portnoy told CNBC in a phone interview. “For a gambler, investing has a ton of similarities.”

Sports gamblers looking for a thrill could be in for a rude awakening: Investing is not . Historically, day traders tend to lose money. Even most professional investors can’t beat a simple low-cost index fund tracking the market over time.

Robintrack, a third-party website that monitors top stocks on popular trading start-up Robinhood, shows Ford and General Electric as the most bought names on that platform. Aurora Cannabis, Delta Air Lines, Carnival, and GoPro were among the top ten.

Chris Larkin, managing director of trading and investing products at E-Trade said investors are buying names like GE, and may see opportunity in it as a dividend payer. Ford was also a retail favorite as major automakers bring workers back to plants. They also saw opportunity in biotech.

“Commission costs have fallen dramatically; to zero is come cases. Investing is now cheaper and easier than ever before,” said Randy Frederick, vice president of trading and derivatives at Charles Schwab. “Following a nearly 12-year long bull market, the recent bear market has provided the first real buying opportunity that many young investors have ever seen.”

Casinos began shutting their doors to comply with Federal guidelines. Those closures may have been another factor for some to turn to stocks. DataTrek used a 90-day chart of Google search volumes for “buy stock” versus “casino.” The spike in “casino” was around the period where every U.S. house closed, and coincided  almost to the day when searches for “buy stock” jumped.

“When one door closed, another one opened,” DataTrek’s Colas said. “You’re going to get your dopamine rush wherever you can.”

JJ Kinahan, chief market strategist at TD Ameritrade, said while lack of pro games may be part of it, the “more common denominator is that people have time.”

“Maybe no sports is playing into this, but the real contributors are time, ability to focus with less distractions and people’s desires to improve their condition,” Kinahan said.

Stimulus checks may have been another factor in recent boosted trading activity. Stock trading was among the most common uses for U.S. government stimulus checks across almost every income bracket, according to software and data aggregation company Envestnet Yodlee. Those making between $35,000 and $75,000 annually traded stocks about 90{3c4481f38fc19dde56b7b1f4329b509c88239ba5565146922180ec5012de023f} more than the week prior to receiving their stimulus check, according to the firm.

Still, new traders may not invest with the same enthusiasm when the economy, and sports re-open.

A week after professional golf returned with the TaylorMade Driving Relief event, another benefit tournament is taking place Sunday: Tiger Woods and Peyton Manning against Phil Mickelson and Tom Brady.  As other sports come back online, Portnoy predicts retail interest will “simmer down.”

“Most people will go back to their prior lives — it takes a lot of time, and a lot of effort, to pay attention all day to the market, I think there will be a natural decline,” Portnoy said. “I won’t be sitting in from my computer, watching the stock market go up and down every second.”

Fri May 22 , 2020
Insurance brokers play a vital role in addressing adequate coverage and several other factors constraining growth in the cyber insurance market, suggests a new report by CyberCube. According to the cyber risk analytics company’s The Role of Intermediaries in Placing Cyber Risk report, brokers are well-positioned to help companies address […] 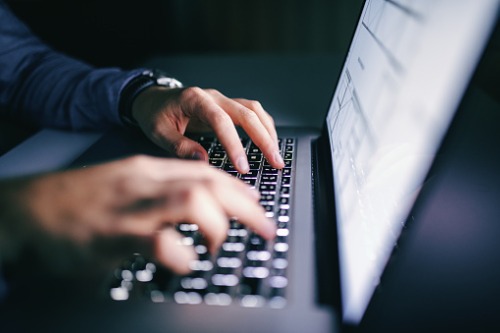