(Reuters) – General Electric Co (GE.N) said on Wednesday the coronavirus pandemic dealt a $1 billion blow to cash flow at its industrial business in the first quarter, while total revenue fell almost 8% and the company warned the damage would worsen in the next three months.

Among many changes in response to the novel coronavirus, the Boston-based conglomerate said it had cut 700 workers at its power division, was bracing for repossession of some aircraft by its GECAS aircraft leasing unit and was cutting capital spending by 25% this year.

Some analysts saw little that was unexpected in the results. While aviation profit margins fell more than was predicted, GE’s forecast that the unit will see a slow recovery “should not surprise investors,” Barclays analyst Julian Mitchell wrote.

Others said the results were disappointing. “Considering that GE had previously established a pattern of ‘beat and raise,’ we anticipated a result above 10 cents and a better free cash flow print,” said John Inch, analyst at Gordon Haskett.

GE did not offer updated targets for full-year performance. It had earlier this month pulled its 2020 forecast, citing uncertainties created by the coronavirus outbreak but backed its first-quarter industrial free cash flow expectation of near negative $2 billion.

Free cash flow from industrial operations was negative $2.2 billion in the first quarter, missing analysts’ estimates of negative $2.02 billion, according to Refinitiv data.

GE reported adjusted earnings of 5 cents per share, below the average estimate of 8 cents, according to Refinitiv.

Fallout from the pandemic caused revenue to fall 13% in both the aviation and the power divisions. Profit in aviation fell 39% to $1 billion, while the power unit lost $129 million, GE said.

GE said about 20% of planned maintenance work on power plants had been deferred until later in the year, a factor that weighed on revenue and profit. Many U.S. utilities are deferring non-essential work because of health and safety restrictions.

Coronavirus-related orders help produce a 6% increase in orders at GE’s healthcare unit, which produced an $896 million profit in the quarter. The division completed the sale of its biopharma business in the first quarter. The gains in healthcare from demand for coronavirus-related products was partly offset by a decline in demand for other products, Chief Executive Larry Culp said on a conference call.

GE said it planned to cut costs by $2 billion and take other, unspecified steps to save $3 billion in cash in response to the pandemic. The cash actions might include such steps as reducing capital spending or adjusting working capital.

The company had already announced this month plans to furlough half of its U.S. aviation component manufacturing and jet-engine assembly workers, without specifying how many. That move followed GE’s decision to lay off 10% of its 52,000-member aviation workforce in late March.

GE has also said the slowdown in aircraft repairs was affecting half of its maintenance workforce but has not provided numbers.

Wed Apr 29 , 2020
(Reuters) – Yum Brands Inc (YUM.N) reported a 7% fall in quarterly comparable store sales on Wednesday, as many restaurants across its brands were closed or limited to delivery and take-away due to lockdowns to curb the spread of the novel coronavirus. FILE PHOTO: A person walks past an empty […] 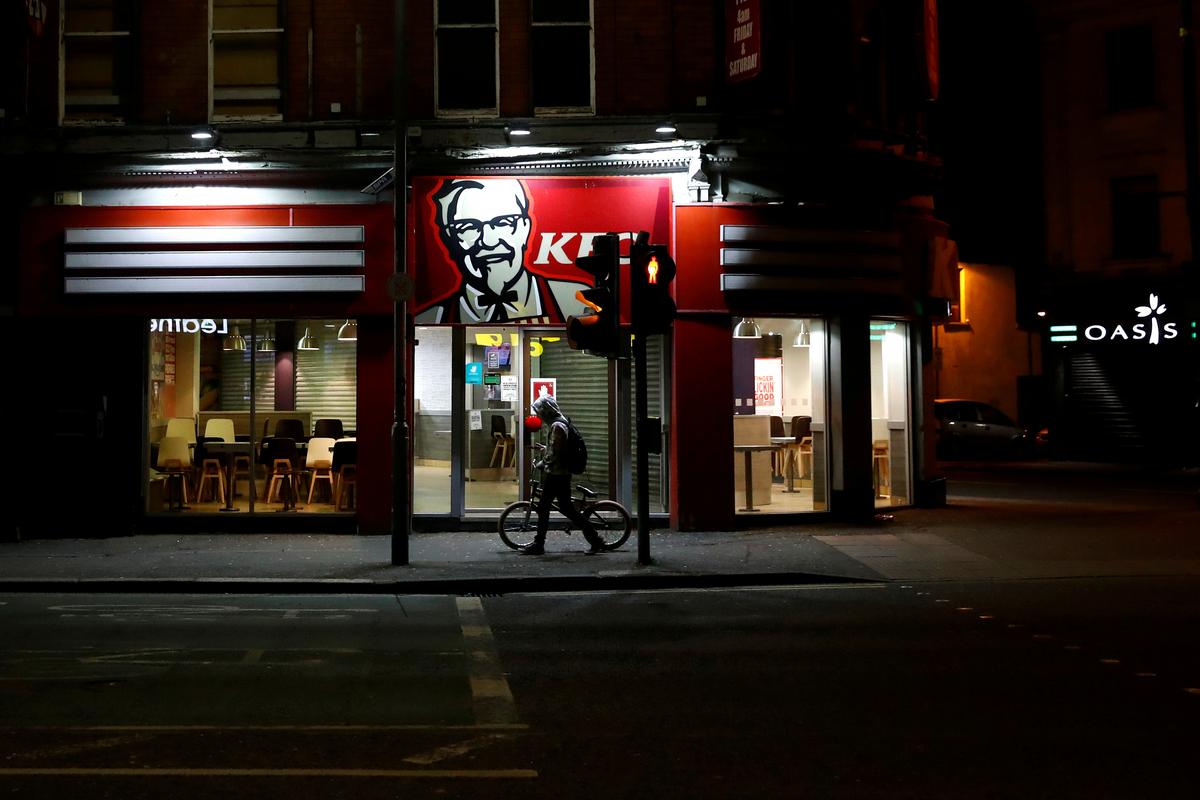