2021 has already been a busy year for the Italian insurance giant Generali which has stepped closer to completing its purchase of Societa Cattolica di Assicurazione. Now Reuters has revealed that the Italian publisher Gruppo De Agostini has started the process to sell its 1.44% stake in Generali. However, the publisher will still be in a position to exercise its voting rights at the company’s next shareholders’ meeting.

Reuters reported that De Agostini highlighted its appreciation of the current management of Generali and emphasised its esteem for CEO Philippe Donnet, noting that he “stood out for his strategic vision, technical expertise and managerial thoroughness”. Donnet who has headed up the insurer since 2016 has recently come under fire from two shareholders – Francesco Gaetano Caltagirone and Leonardo Del Vecchio – who have criticised his M&A strategy.

The two investors recently upped their stakes in Generali, Reuters stated, with Caltagirone’s stake sitting at almost 7.2% of Generali while Del Vecchio’s stands at just over 5.72%. A shareholder pact putting the two together with banking foundation Fondazione CRT overall holds just over 14% of Generali’s shares.

However, Reuters also stated that CEO Donnet can count on the support of the majority of the board and on Generali’s largest shareholder, Mediobanca – with 17.2% of voting rights. Generali is set to hold a meeting in April next year when Donnet’s term expires, with shareholders due to vote on a new board.

Reuters reported De Agostini’s statement which highlighted that the first step in the disposal of its stake in Generali was the sale of over 2.2 million shares, or 0.14% of the insurer, through a derivative instrument. It also noted that it would use the funds from the sale “to pursue new investment opportunities in the near future”.

Wed Nov 24 , 2021
Willis Towers Watson has appointed Ted Hodgkinson (pictured above) as leader of Hong Kong and Macau, in addition to his current position as head of corporate risk and broking for those markets. Hodgkinson has served as the interim leader since October and formally replaces Roger Steel, who retired […] 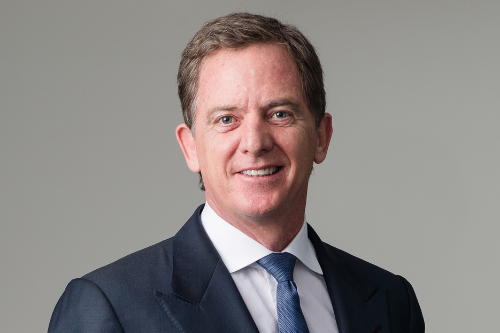