“On the negative side, two elements remain,” Mazzuoli added. “They are, I would say, ‘old friends’ of ours. The first one is that natural catastrophe losses keep creeping up. We believe that climate change [is driving] higher frequency and severity on an underlying structural trend. And the second [negative] is falling investment yields – something that we’ve known to happen for many years now, and we believe that this will continue to be a key headwind for the sector.”

“Moving on to the April, June and July 2021 renewals, the momentum slowed down to some extent,” he added. “That is understandable, because on the one side, we have to bear in mind that we have a compounding effect, so these price improvements come on top of what we saw last year when the COVID-19 pandemic was developing and in full course.”

Mazzuoli added that there’s sufficient capital in the market to cover for all demands, and therefore he believes that pricing momentum will slow down for 2022 and that risk-adjusted prices will “move sideways” but remain “on a very high level”.

“Looking at nat cats, the first half of 2021 was already quite an active season,” said Mazzuoli. “It’s normally the quieter half year, but still we had roughly US$40 billion of insured cat losses globally, which was roughly 20% higher than the 10-year average.

“When you think about what we’ve already seen and observed in the second half of this year, with the floods in Germany and Central Europe, and the wildfires and Hurricane Ida in the US, they, in sum, will easily double the claims from the first half. And then we have to sit and wait to see what’s going to happen later on this year.”

This trend is “both a threat and an opportunity” for the global reinsurance sector, according to the Fitch leader. On the one hand, nat cat claims have to be digested and paid for, but Mazzuoli pointed out that the reinsurance sector has proven its ability to deal with that in the past. On the other hand, demand for reinsurance is rising, which he said is “good news” for the sector.

“If the prices are risk adequate, then we do not see any problem with the sector increasing its nat cat exposure in a portfolio context,” he commented. “That […] does not put into danger the solvency strength of the sector.”

In the first quarter of 2021, interest rates started to recover due to the strong economic response to the pandemic-driven recession in 2020, as well as an uptick in inflation.

“As of now, we expect [inflation] to remain a short-lived effect, which will calm down again starting next year when supply chains react to the shortages we’ve seen this year,” said Mazzuoli. “Nevertheless, if inflation remains higher than expected for a prolonged period of time, it will certainly mean that […] the long tail business [lines] will have to adapt reserves [and] adapt prices again, which is something that could become a negative in the longer term. But for now, we believe that inflation risk is not a driving force for credit fundamentals of the sector.

“On the property side, price momentum is strong enough to capture this inflation risk. And on the casualty side, […] only a longer term, higher inflation could become a threat to the sector, which we do not expect as of now.”

Tue Sep 14 , 2021
The Insurance Authority (IA) of Hong Kong has extended until March 31 the temporary facilitative measures allowing non-face-to-face distribution of certain insurance products, as part of safety precautions to prevent spreading of COVID-19. According to the regulator, the scope of products covered and the implementation details of the measures remain […] 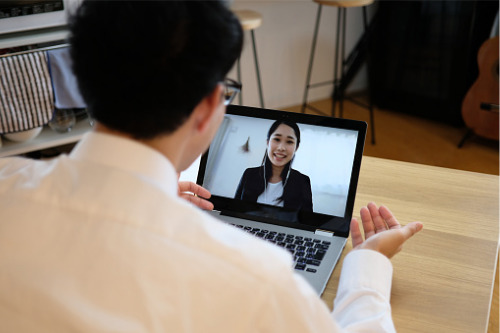