Goldman Sachs earned $3.11 a share in the first quarter with revenue of $8.74 billion.

Goldman shares are lower by 1.6% in the premarket following the results.

“Our quarterly profitability was inevitably affected by the economic dislocation,” said David Solomon, chairman and CEO, in a release. ” As public policy measures to stem the pandemic take root, I am firmly convinced that our firm will emerge well-positioned to help our clients and communities recover.”

For years, critics of the bank have bemoaned its lack of broad retail banking operations as rivals including JPMorgan Chase and Bank of America outperformed Goldman, fueled by loans funded with cheap customer deposits.

Now, in the first quarter where the industry’s results have been impacted by the coronavirus pandemic, Goldman Sachs may be more insulated from the turmoil facing its bigger peers. Among the six biggest U.S. banks, Goldman derives the biggest share of its revenue from Wall Street activities including trading and mergers advice.

On Tuesday, JPMorgan Chase and Wells Fargo both posted sharp drops in first-quarter profit as the banks set aside a combined $10 billion for a coming deluge of loan defaults. A lone bright spot for the banks has been surging trading and bond issuance operations, driven in part by the historic jump in market volatility last month.

Still, Goldman is exposed to declines in the value of private and public companies held as investments, which could sting the firm.

And analysts will be keen to hear if CEO David Solomon’s performance targets, given at the bank’s first-ever investor day in January, will still be achievable.

Wed Apr 15 , 2020
BERLIN (Reuters) – An Apple collaboration with Google will make it quicker to get systems for tracing coronavirus infections up and running, the prime mover behind a European effort to support the smartphone technology says. FILE PHOTO: A 3D printed Google logo is placed on the Apple Macbook in this […] 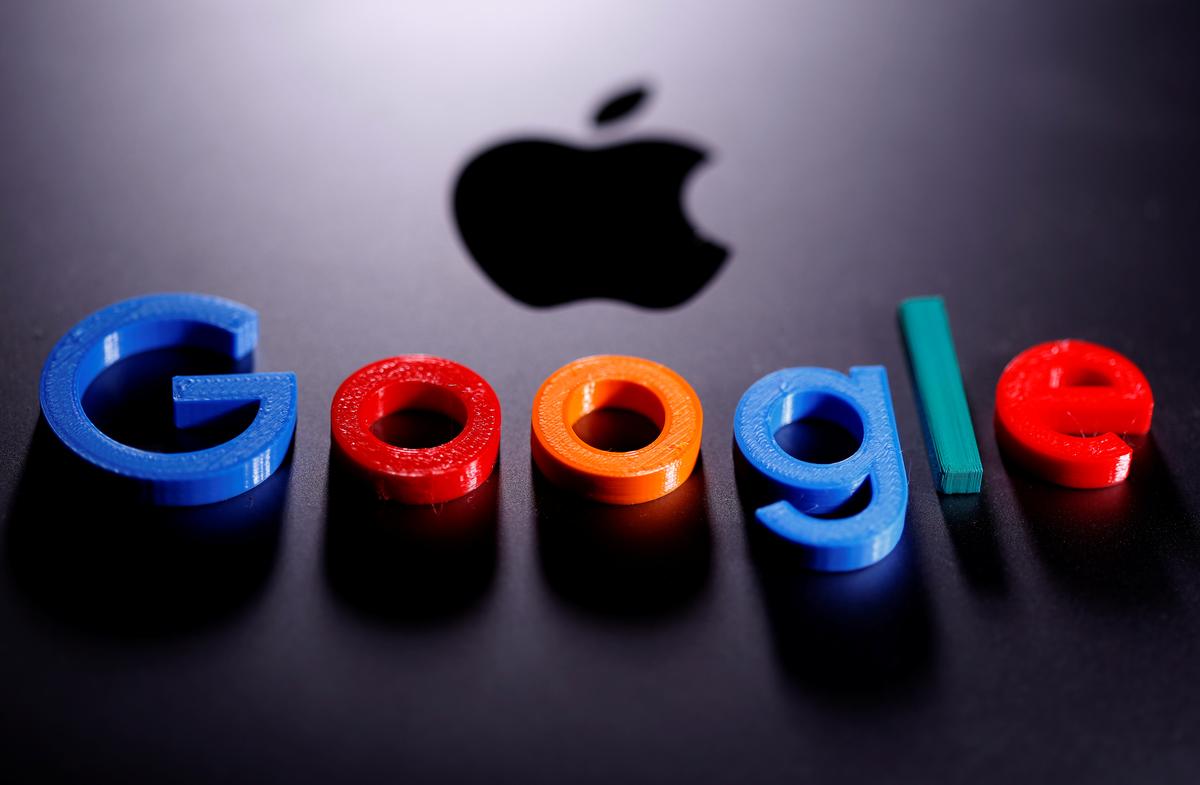