Certain jobs and industries are benefiting from enhanced unemployment pay more than others — and have the most to gain from an extension of benefits.

Workers in lower-paying sectors of the economy, such as accommodation and food services, benefit more from the unemployment increase than those in finance and insurance that pay workers better. And the difference could be quite stark.

Democrats have proposed giving Americans larger unemployment checks until early 2021. Republicans, however, appear resolute in blocking an extension past July.

The $2.2 trillion coronavirus relief package enacted in March enhanced unemployment benefits. Nearly 39 million Americans have filed for jobless pay since mid-March. Unemployment levels are at their highest since the Great Depression.

One of the law’s main policy tools was to add $600 a week to the benefits Americans already get from states, which paid an average $378 a week pre-pandemic.

The enhancement is set to expire on July 31.

The aim of the weekly enhancement is to replace 100% of wages for the average worker.

That means the $600-a-week supplement would benefit workers in jobs and industries with lower average hourly pay.

Take the accommodation and food services businesses, for example.

The industry, which includes hotel and restaurant workers, pays the lowest hourly wage of any industry — $13.45 an hour, or about $28,000 a year, according to the Bureau of Labor Statistics.

It’s also the fourth-largest industry by number of workers, employing more than 14 million people. It’s been the hardest-hit by the pandemic relative to job loss.

The $600-a-week unemployment enhancement would replace 182% of wages for the typical full-time worker in accommodation and food services, according to a CNBC analysis of U.S. Department of Labor wage and unemployment data.

In other words, the $13.45 hourly wage would become $24.50 an hour. That’s the largest relative jump among any other industry.

The dynamic is similar in retail trade.

Conversely, a worker in professional, scientific and technical services — accountants, engineers and attorneys, for example — would generally make less money from unemployment relative to prior salary.

A worker in this field, who makes about $41 an hour, would make 59% of their salary from the unemployment system.

Those in finance and insurance, who make an average $36 an hour, would see 68% of prior wages replaced.

These job and industry analyses, which are on a national level, don’t account for differences in wages and unemployment benefits among states.

States can vary dramatically in the generosity of their jobless pay, both in amount and duration, and some states make it much harder than others to be eligible for and collect benefits.

There’s even broader variation relative to specific occupations within industries.

There are around 4 million fast-food workers in the U.S., making $11.18 an hour on average. These workers can more than double their prior salary while collecting unemployment, replacing about 219% of pay.

But those in the “chefs and head cooks” category would generally fare worse under the unemployment system — they stand to replace just 90% of their $27-an-hour salaries.

Similarly, in the retail category, a retail salesperson who makes about $14 an hour could nearly double their wage on unemployment via a 173% wage replacement.

Pharmacists, however, normally make more than $60 an hour. They’d replace just 41% of their salaries while collecting unemployment pay.

Democratic lawmakers want to extend eligibility for the $600-a-week extra pay by six months, until Jan. 31 next year. They proposed the extension in the HEROES Act, which passed May 15 in the House of Representatives.

They would allow jobless individuals who apply for unemployment benefits by that date to continue receiving the enhanced pay until March 31, according to Michele Evermore, a senior policy analyst at the National Employment Law Project.

The extension would give “some breathing room so Congress doesn’t have to deal with this during a potential transition in [presidential] administration,” Evermore said.

Conservatives have pushed back on the current policy, however, saying it’s a disincentive for some people to go back to work as state economies reopen.

Senate Majority Leader Mitch McConnell, R-Ky., has said that the next round of financial relief for Americans would not extend the benefit.

Many experts don’t believe an extension of the $600 is likely, but think lawmakers could coalesce around an unemployment enhancement using a different formula.

Tue May 26 , 2020
(Reuters) – U.S. legislation introduced on Tuesday would create a taxpayer-backed insurance program to protect businesses from revenue losses during future pandemics and require insurers to pay a slice of the claims. FILE PHOTO: Chairwoman of the House Government Oversight and Reform Committee Carolyn Maloney (D-NY) leads a hearing about […] 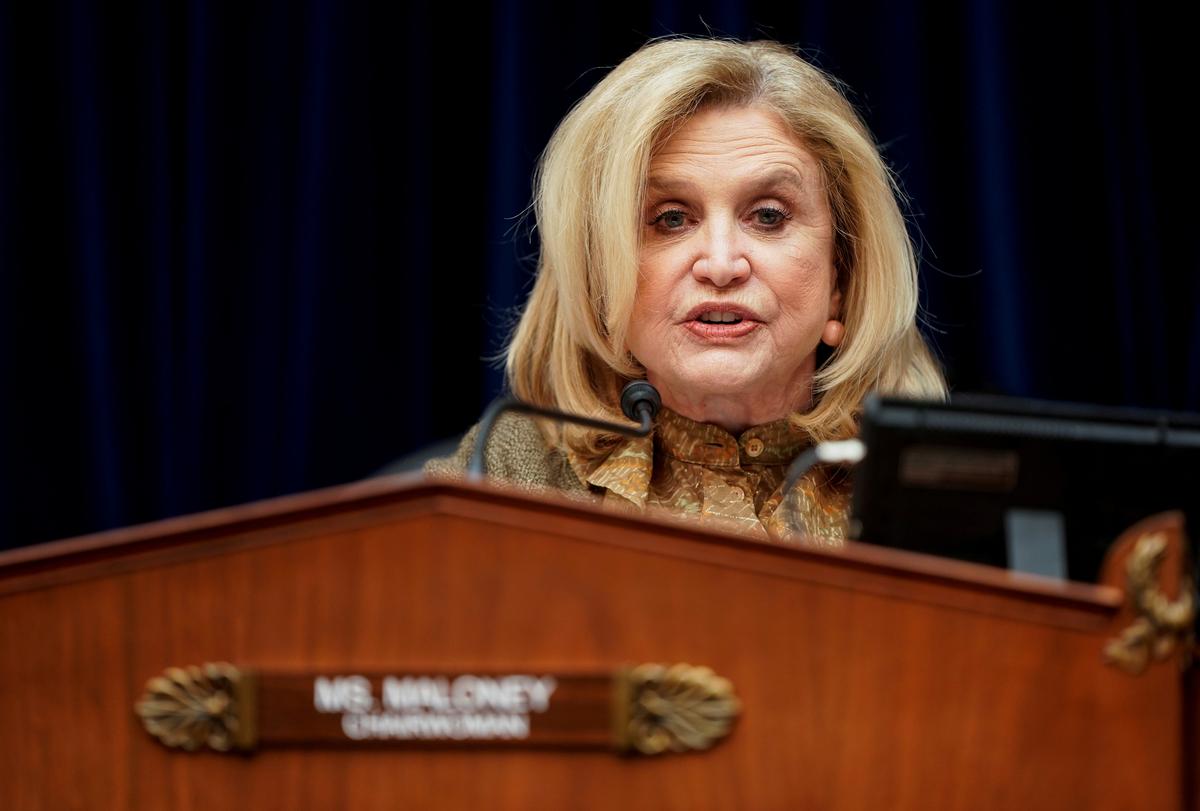