It’s been on the cards for some time, but 2021 is finally seeing established payment companies take the opportunities of cryptocurrency seriously, and among those taking a serious look at the opportunity is Visa.

An industry that was previously plagued by volatility and speculation is beginning to see its enterprise-friendly side blossoming, and according to the card network, the opportunities are abundant – writes Daniel Webber, Founder and CEO of FXC Intelligence.

“The world of digital currencies and crypto has moved and evolved quite significantly since the 2009 launch of Bitcoin,” explains Nikola Plecas, head of new payment flows, Visa Consulting and Analytics, Europe at Visa.

“Visa’s strategy is to be a network of networks and really be able to originate and terminate new payment flows outside of card rails. We have made tremendous push into these new flows over the last couple of years with products such as B2B Connect, Visa Direct, Push to Pay – and digital currencies naturally fall into that category.”

However, this doesn’t mean that the world’s most famous cryptocurrency – Bitcoin – features heavily in the card network’s plans.

Instead, Visa characterises the industry as made up of two distinct groups: conventional, untethered cryptocurrencies and fiat currency-backed digital currencies, often known as stablecoins, which are attracting greater interest from institutional and government organizations despite currently a smaller part of the overall market.

The former is seen by the company as a tradeable asset with limited industry potential – CEO Alfred Kelly described it as “digital gold” in the company’s Q2 2021 earnings call. However, the latter is where Visa sees significant potential for payments.

“We see these as having the potential to be used by consumers and merchants in the same way as existing fiat currencies are,” says Plecas. “And when it comes to areas of opportunity, there are many for organizations such as ours.”

The five pillars of a plan

While many use the terms cryptocurrency and digital currency interchangeably, Visa has chosen to characterize the area it is focusing on – the stablecoin side of the industry – as digital currencies.

Visa’s digital currency efforts currently fall into five areas. Some of these are well-established and already contributing to the company’s revenue growth, while others are in the early stages and are unlikely to make a meaningful impact on Visa’s top line in the near future. However, they together represent a long-term view of the market.

The first is perhaps the most obvious: making it easy for consumers to buy cryptocurrencies, which has involved working with wallets and exchanges “drive acceptance”. This area earned a mention in Visa’s most recent earnings call as being the second biggest contributor of growth in its card-not-present excluding travel segment – the biggest growth was the surge in ecommerce.

Second is a natural progression from the first: enabling cryptocurrency to be cashed out to fiat.

“We want to make sure that you as a consumer, once you exit your cryptocurrency positions in exchanges and wallets can cash onto a Visa credential and then start spending at any of our 70 million-plus merchant endpoints,” says Plecas.

While those two are in full swing, a newer development is the third pillar, which is the use of digital currency APIs to enable banks and neobanks to add cryptocurrency options for their clients. This is in the early stages, with US neobank First Boulevard becoming the pilot customer earlier this year, however Plecas highlights that Visa is “looking to extend to other markets and regions” with the product.

“We quickly realized that there’s potential to be the next gen of neobanks,” he explains. “They’re also doing a lot of their treasury operations, paying vendors and employees already in stablecoins.”

In order to do this, the company needed to enable customers to “stay within their ecosystem when they also settled their obligations” with Visa, which is where pillar four, settlement in stablecoins comes in. This has seen Visa settle its first transaction in a stablecoin, US dollar-tethered USDC, this year.

“What we’ve done is an upgrade of existing treasury infrastructure operations to be able to receive these assets, because actually receiving them is now done through public blockchain rails. And as time evolves, we want to support other stablecoins.”

The final pillar, however, is the most long-term: central bank digital currencies (CBDCs). According to the Bank for International Settlements, 86% of the world’s central banks are now considering the launch of CBDCs of one form or another, with more than one in ten currently engaged in pilots.

CBDCs have a variety of benefits, including the potential to better reach the underbanked, and Visa argues that their implementation will require public-private partnerships.

“That way, they will be integrated in the right way into the existing payments’ ecosystem,” says Plecas.

“At Visa, we want to make sure that our products and services are acting as a bridge between our existing clients and the new clients and blockchain rails involved with digital currencies.”

While much of this is focused on the consumer side of cryptocurrency and digital currencies, Visa also sees significant potential in B2B payments.

“B2B is an area of high growth, high importance and high interest to all of Visa. And we see that digital currencies can supplement and compliment some of the existing solutions that we have in the space,” says Plecas.

However, while digital currencies can impact the B2B space, and in some cases are already doing so, broader institutional adoption is likely to take time.

Nevertheless, in areas with poor infrastructure, the potential of CBDCs in particular is strong for B2B.

“In some countries the infrastructure is just not there yet, and for these types of countries and regions, digital currencies can complement what we already have.”

One of the areas that is often raised in digital currency discussions is cross-border payments, with many citing potential speed and cost benefits. However, Plecas stresses that while there is potential, it is not a simple clean fix.

“The cross-border space is highly complex, and it has a large number of actors who are trying to solve for consumer experience in terms of end user price and time efficiency,” he says.

“It’s not easy to solve for this, even if you’re trying new technologies that would give you some advantages theoretically with this aspect.”

However, he says Visa sees particular opportunities in global marketplaces that bring together buyers and sellers from different currencies.

“In those instances, potentially digital currencies can help them reach some of these markets in a more time and cost efficient way.” 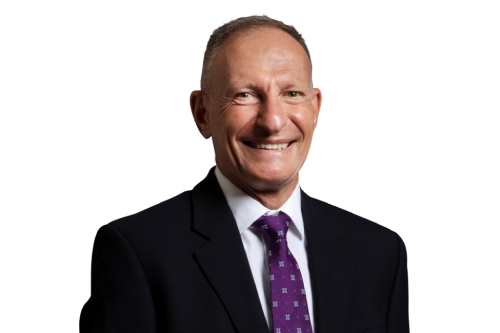