Regulatory bodies across the globe that are mandated to protect the financial services industry and consumers have started to exert continued pressure on cryptocurrency.

Is the current cryptocurrency regulatory clampdown set to continue?

The pressure started in May in Germany and the US, moved onto China and has now ended a tumultuous week in the UK.

A pushback against stocks-like products in Germany and tougher talk in Washington suggested that key financial regulators are bristling at cryptocurrency operators’ incursions into tightly-controlled public markets.

Crypto industry executives and securities law experts around the world were, in May, closely scrutinising the tussle between German regulator BaFin and crypto exchange Binance, which has deepened since May and has now drawn in the UK regulator.

Binance, one of the world’s biggest crypto firms, asked BaFin to retract an allegation that it may be breaking securities laws with its new offering of ‘tokens’ meant to mimic a clutch of US stocks — a request the regulator rebuffed.

In the same month, new chair of the US Securities and Exchange Commission Gary Gensler, known on Wall Street as a tough operator, told a hearing on Capitol Hill that the “close to $2 trillion [cryptoasset] market is one that could benefit from greater investor protection”.

“Right now, the exchanges, trading in these crypto assets, do not have a regulatory framework either at the SEC or our sister agency, the Commodity Futures Trading Commission,” he said. “There’s not a market regulator around these crypto exchanges, and thus there’s not protection against fraud or manipulation.”

At present, neither the SEC nor the CFTC has powers to supervise cryptocurrency market activity because, in legal terms, bitcoin and its peers are neither a commodity nor a currency.

After the blistering rally in Bitcoin and rivals like Ethereum had earlier this year, the fast-growing and increasingly sophisticated industry now has the highly-regulated securities markets in its sights, a development that is concerning major watchdogs.

China’s intensifying cryptocurrency crackdown has left Bitcoin flirting with $30,000, a price level seen as key to the short-term outlook for the largest virtual currency.

China’s latest broadside came when the nation’s central bank said it had summoned officials from the biggest lenders as well as AliPay to reiterate a ban on cryptocurrency services. Concerns about the environmental impact of the energy-hungry computers that underpin Bitcoin also continue to swirl. Chinese officials are already trying to root out crypto mining operations.

Meanwhile, the prospect of reduced stimulus as the global economy recovers from the pandemic is also sapping the appetite for speculative investments.

Customers of Binance are now also confronting regulatory questions after their accounts were suddenly cut off from one of the UK’s main payments systems.

Days after the Financial Conduct Authority ordered Binance to halt all regulated activities in Britain, the digital asset company stopped allowing its customers to withdraw pounds via Faster Payments, a service used by high street banks.

Bank card transfers in pounds were also halted. Binance insists that the FCA ban does not affect its business and some of the links have been reinstated.

Customers could still transfer their holdings to other platforms. But the sudden halt highlights a key issue for the freewheeling world of cryptocurrencies. With the notable exception of El Salvador, no country uses bitcoin as legal tender — and even Elon Musk has backed off plans to accept it as payment for Teslas. Instead, crypto holders must find ways to convert it into fiat currencies.

Therein lies the rub. Regulators who have spent decades battling money laundering and terrorist financing are not about to welcome floods of anonymous money from unsupervised digital coin exchanges. The anonymity of bitcoin and some of its competitors is demonstrably popular with cybercriminals and tax evaders.

Also, regulatory bodies born out of the need to protect investors a century ago are often poorly equipped to deal with the vast array of new-generation offerings. Financial regulators are working with “19th century law concepts laid on 20th century technology. It’s out of date,” said Timothy Spangler, a partner at Dechert, a law firm in California.

Gensler’s plea for more powers from legislators reflects regulators’ frustrations that a rule book written for securities markets is not fit for purpose to cover investors wanting to trade crypto assets.

However, policymakers face a tricky task to craft laws for an industry that operates across borders and with some players seeking to avoid regulation. Many regulators have tried to interpret existing rules where they can, but it has not prevented innovation from mushrooming, in much the same way that derivatives trading and hedge funds emerged in the 1990s.

The problem for regulators is compounded because some exchanges lack the formal corporate structures of more typical firms.

Coinbase, which recently listed, said it would close its San Francisco headquarters and operate without a main office in any single city. Binance, too, says it has no formal global headquarters but has several subsidiaries across the world.

In a sign of the complexities of the situation for financial supervisors, Binance Markets Limited, the group’s London-based unit, was a UK FCA-registered financial firm. The division is ultimately owned by a Malta-headquartered entity registered in the British Virgin Islands and is principally controlled by Changpeng Zhao, Binance chief executive.

Binance’s woes stem directly from the UK’s 2020 move requiring crypto asset companies to register with the FCA and demonstrate compliance with anti-money laundering rules. The watchdog says an “unprecedented” 90 per cent of would-be registrants, including Binance’s UK arm, have dropped their applications rather than meet the FCA’s standards.

Since then, governments have become more interested in cryptocurrencies, and far more sophisticated in their approach. Most large central banks are at least pondering whether to issue their own digital currencies, while banking and securities watchdogs are starting to bring crypto platforms within the regulatory net.

In Canada, the Ontario Securities Commission has begun taking legal action against unregistered crypto exchanges, prompting Binance to pull out. German and US watchdogs also have the crypto platform in their sights.

In short, we see that crypto regulation is necessary and positive for all players except the bad actors.

Wed Jun 30 , 2021
Willis Towers Watson has announced the launch of ResQ 5.2, the latest version of its loss-reserving software. ResQ 5.2 delivers a significant upgrade to the functionality of the software’s reserving and IFRS 17 reporting capabilities, the company said. The latest version adds a new reserving feature in the form of […] 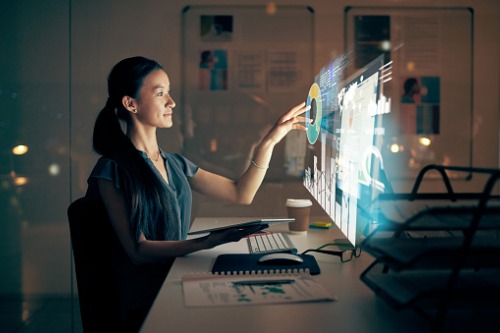