(Reuters) – JetBlue Airways Corp and United Airlines Holdings Inc announced fresh safety measures on Wednesday aimed at restoring confidence in travel that has been crushed by the coronavirus pandemic.

New York-based JetBlue said it would continue blocking seats on its aircraft through at least July 6, check crew members’ temperatures and step up aircraft cleaning with electrostatic aircraft fogging in June, among other measures.

“All of these items work in concert with each other,” JetBlue President and Chief Operating Officer Joanna Geraghty told Reuters.

Airlines are taking a layered approach to safety after seeing that customers’ concerns can vary.

Some are interested in physical spacing on planes or in disinfection and cleanliness, and others in knowing that the crew serving them are healthy, Geraghty said.

As U.S. states start to reopen, airlines have said they are seeing a decline in cancellations and some new bookings.

Chicago-based United said it was teaming up with U.S. cleaning products company Clorox Co and Cleveland Clinic medical experts to advise on new cleaning and safety protocols, and plans to roll out Clorox electrostatic sprayers and disinfecting wipes at its hub airports in Chicago and Denver, followed by other locations.

JetBlue was the first major U.S. carrier to mandate face coverings for passengers and crew, a measure quickly followed by United and all other large U.S. airlines, although there is still no government mandate.

The industry has called for a standard set of safety rules across the airline industry, which is bleeding cash as it battles its biggest crisis.

United is also implementing temperature checks for staff, electrostatic spraying and touchless kiosks, and providing individually wrapped hand sanitizer wipes to passengers as they board.

Wed May 20 , 2020
FILE PHOTO: A cup of ‘Luckin Coffee,’ coffee is poured during the company’s IPO at the Nasdaq Market site in New York, U.S., May 17, 2019. REUTERS/Brendan McDermid/File Photo (Reuters) – Shares in Luckin Coffee Inc (LK.O) slumped almost 40% to a record low in premarket trade on Wednesday, as […] 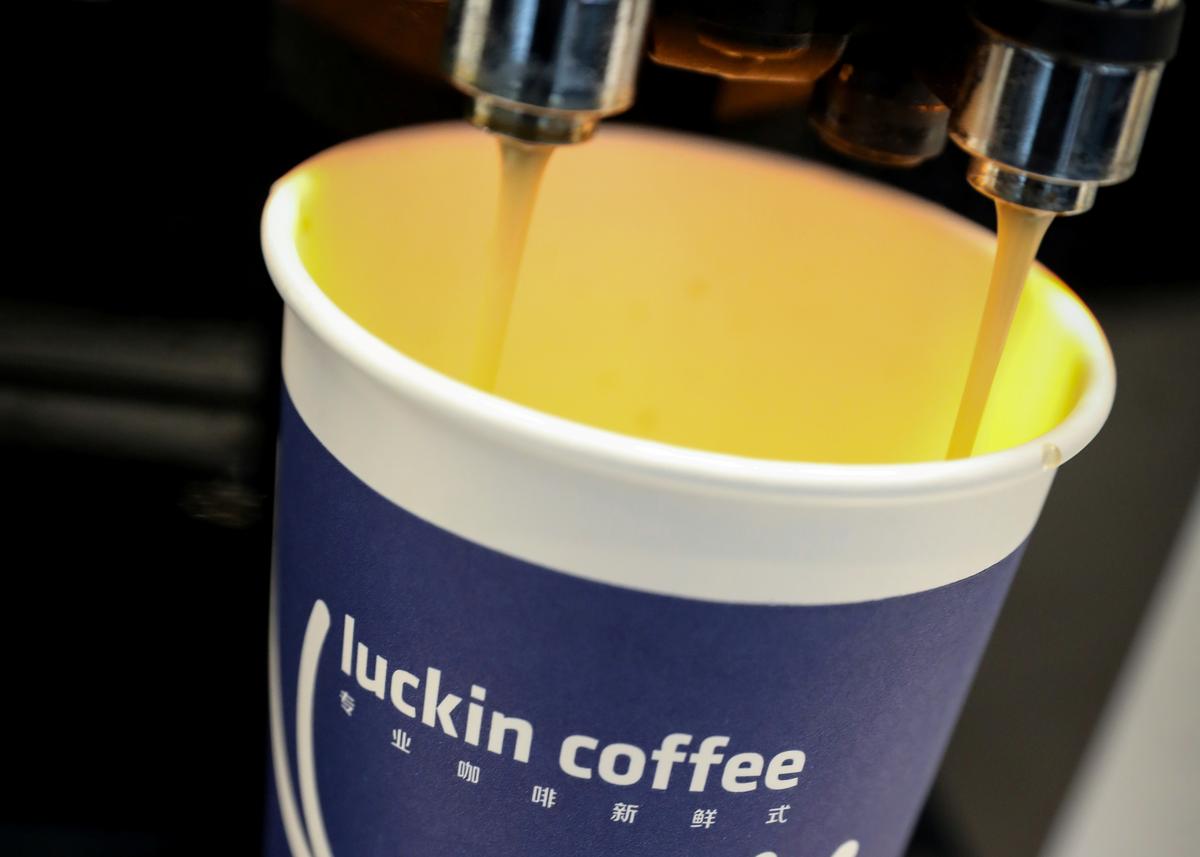