An employee drills holes for rivets in a frame inside a Boeing 737 fuselage during assembly at Spirit AeroSystems in Wichita, Kansas.

Key Boeing supplier Spirit Aerosystems told lenders this week that the aircraft manufacturer expects sharply lower deliveries of 737 Max planes in the coming years than previously expected, according to a person familiar with the matter.

Boeing’s best-selling aircraft has been grounded since March 2019 after two fatal crashes killed 346 people. The planes’ recertification has been hit by repeated delays and now faces a devastated aircraft market as airlines rethink their fleets while the coronavirus pandemic saps travel demand and their financial losses pile up. The Federal Aviation Administration is moving ahead with its tasks to approve the planes for flight again, but the planes aren’t expected to be cleared to fly before the fall.

Spirit, which makes fuselages for the 737 Max, was talking to lenders to loosen terms of some of its debt, according to the person familiar with the matter, who asked not to be named because the discussions are private.

Those estimates are also lower than what some analysts are expecting. Jefferies, for example, estimated deliveries of the 737 at 370 in 2021 and 480 in 2022, according to a July 14 report. Deliveries are crucial to aircraft manufacturers and their suppliers because it’s when customers pay the bulk of the planes’ price.

Spirit declined to comment on the talks, saying in a statement to CNBC it “does not detail conversations that we have on an ongoing basis with our financial institutions or customers.”

Boeing makes two different 737 models, the older NG and the top-selling Max. Spirit did not differentiate between models in the forecast it provided to lenders, but the 737 Max is Boeing’s newest and most popular model of the plane, which has been flying since the 1960s.

The Wichita, Kansas-based Spirit last week said it would extend furloughs for some of its workers for up to 60 days “for those employees currently on temporary layoff due to their working on or supporting the 737 program.”

Boeing spokesman Bradley Akubuiro declined to comment on the delivery forecast. He said the company values its suppliers and is working closely with them “to ensure we all emerge from this situation strong, healthy and prepared for the future. We are being extremely transparent and having frequent conversations with our suppliers.

“In addition to working with our suppliers on issues related to financial health, we are using this downturn to re-focus our energy on safety, quality and a stable production system for the future, both within Boeing and our extended supply chain,” he added.

Boeing is set to report second-quarter results on July 29. Spirit is scheduled to release results on Aug. 4.

Thu Jul 23 , 2020
Across the insurance industry, the financial impact of the COVID-19 pandemic is finally becoming clearer as insurance businesses reveal their results for the first half of 2020. The British insurer Beazley today disclosed its results for the period ended June 30, 2020 and posted a pretax loss of US$13.8 million […] 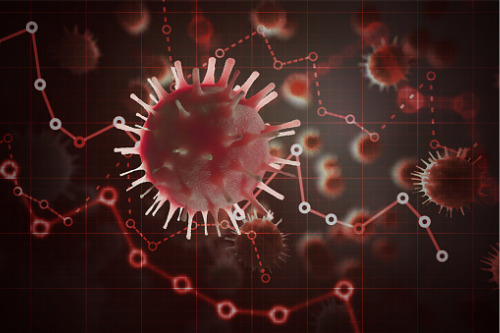