The activist, representing Insurance Rebellion, was subsequently arrested for throwing the biodegradable water-based paint and then sitting and waiting for police to arrive. A banner was also held saying “STOP INSURING FOSSIL FUELS NOW”.

In a statement about the protest, Insurance Rebellion said the action was taken to “highlight the shameless greenwashing being carried out by Lloyd’s of London, who continue to insure fossil fuel projects around the world.”

“Why did we cover their headquarters in green?” added a teacher who was part of the group. “We’re sick and tired of Lloyd’s of London’s obvious and persistent greenwashing. They recently teamed up with Prince Charles to very publicly launch a so-called taskforce for tackling the climate crisis, but they still happily insure any oil or gas project that pays them a high enough premium. They have a coal exclusion policy, but this doesn’t start until next year, and they’re allowing coal insurance renewals for another 10 years. Nothing they do or say can be taken at face value – they’re just trying to convince the public that they’re taking the climate crisis seriously. We’re here to point out Lloyd’s is lying when they tell us they’re green.”

The group added that it plans to continue its actions – and singled one insurer in particular out for criticism.

“We will continue to target the heart of ethical corruption in insurance – Lloyd’s of London – but will also start to focus on its worst members, too, for example Tokio Marine, who are one of the biggest insurers of coal globally,” its statement read. “Also, the extremely polluting Trans Mountain Pipeline is currently attempting to find insurers who care little enough about its impact on the climate and people to insure it – we’ll be paying close attention to any insurance company stupid and selfish enough to partner with it.”

Where do you stand on the actions being taken by the protesters? Do they have a point? Or are their actions taking things too far? Leave a comment below with your thoughts.

Wed Jul 28 , 2021
NTUC Income has launched the first subscription-based insurance policies in Singapore, with no lock-in periods. Known as TRIBE, the insurance offers three modular packs – Essentials Pack, Child Pack and Recovery Pack. Customers can subscribe to and customise their chosen pack based on their needs and desired insurance premiums through […] 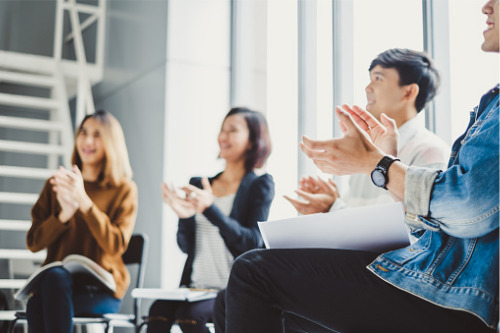