A Lyft logo is installed on a Lyft driver’s car next to an Uber sticker in Pittsburgh.

Lyft, Uber — Shares of the ride-hailing duo dipped after a San Francisco Superior Court judge ruled that they convert California drivers from independent contractors to employees with benefits. Lyft lost 1.7% in extended trading, while Uber fell 1.5%.

Occidental Petroleum — Shares of Occidental Petroleum dropped 4% after the oil and gas company posted a wider-than-expected loss and booked a total impairment of $6.6 billion for the second quarter. Occidental reported a loss of $1.76 per share, worse than the $1.68 per share loss analysts were expecting, according to FactSet.

Bed, Bath & Beyond — Shares of Bed Bath & Beyond slid more than 4% after the retailer said it has lifted the suspension of planned debt reductions, which had been implemented to soften the blow from the pandemic.

Simon Property Group — Shares of Simon Property Group fell 0.3% after the biggest U.S. mall owner posted disappointing revenue. Simon Property said its revenue for the second quarter fell about 24% to $1.06 billion, compared with estimates of $1.14 billion, according to Refinitiv. The stock gained more than 5% on Monday after the Wall Street Journal reported it was in talks with Amazon to turn shuttered Sears and J.C. Penney stores into warehouses.

Kodak — Shares of Kodak extended its slide in after-hours trading, falling more than 2% after losing 27% in regular trading on Monday. The declines came after the imaging pioneer’s deal with the government to produce drugs ran into a snag. The U.S. Development Finance Corporation tweeted Friday that it will “not proceed any further” until “allegations of wrongdoing [that] raise serious concerns … are cleared.”

Mon Aug 10 , 2020
Robinhood app Source: Robinhood Robinhood joined the rest of brokerage industry by publishing monthly trading data on Manday. The start-up trounced them all — at least by one metric. Robinhood saw 4.3 million daily average revenue trades, or DARTS, in June, the company told CNBC Monday. This is the first time the […] 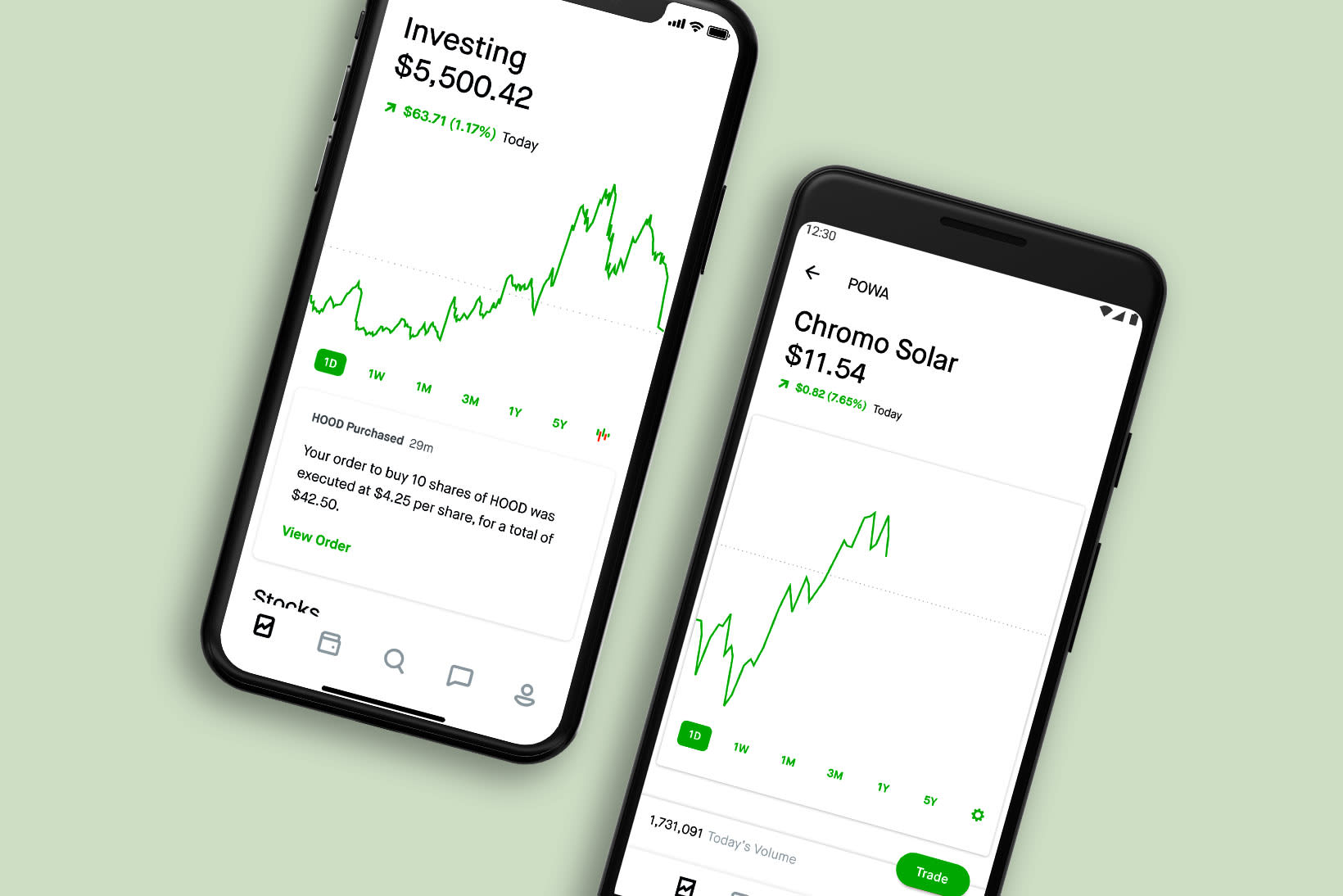