For several weeks now, I’ve been ranting about the wild speculation in low-priced, no-name stocks that have run rampant on Wall Street via Main Street investors.

I’ve been tracking the movement of these stocks for several weeks and have noticed, almost every single day, a new stock, or five, crosses the lower tape on the CNBC ticker.

I keep adding those to my personal watch list which is getting longer every single day.

While it’s nearly impossible to use indicators of speculative froth as a market timing tool, I have to say it’s disturbing that so many penny stocks are making such big moves on a daily basis.

It’s not disturbing because individual investors don’t know what they are doing … I never condescend to non-professionals who have as much right to trade stocks as anyone else.

I’m worried because they appear to be getting into these stocks based on tips on message boards where unscrupulous individuals can manipulate these markets for their own benefit and at the expense of trusting individuals.

Back in 1992, I interviewed Meyer Blinder, the self-described “king of the penny stock market,” as he was on his way to prison for 40 months for racketeering and money laundering.

It was a combative interview, as one might imagine, since I was hammering away at his penchant for ripping off unsuspecting senior citizens while he claimed I didn’t know what I was talking about. (During a commercial break, he made that quite clear in harsher terms than on-air would allow.)

He, like others who would follow him, pushed garbage stocks on a naive public and ultimately paid a steep price for it, ending up in jail very late in life.

So did Jordan Belfort, also known as “The Wolf of Wall Street,” portrayed so brilliantly by Leonardo DiCaprio in the film about penny stock firm, Stratton Oakmont. This was another “bucket shop” that ended in bankruptcy and resulted in jail time.

While there’s no single individual hyping penny stocks for a living today, as these two did, there are plenty of individuals on a wide variety of internet sites, message boards and social media outlets, claiming that this or that stock is going to double in a day, or some such claim.

This is the same type of speculative fever that has, historically, gripped individual investors who have missed big moves in established names in a big bull run.

Looking to make up for lost time and foregone profits, they migrate to more volatile and inexpensive stocks with the hopes of making a killing, convinced a diamond in the rough would be found.

Legendary investors, like Leon Cooperman and Howard Marks, among others, have stated on CNBC that episodes like these typically end in tears.

In the 1980s, we referred to this action as the “dogs and cats” running down Wall Street. It was a sign that the best of the best had had their run, and that the bull market had run its course.

In the late ’90s, stocks with no earnings, or sometimes no revenues, rocketed higher only to become worthless when the internet bubble burst.

I’ve also seen it in real estate when individuals started trading options on unbuilt condominiums at the tail end of the real estate bubble in 2006/07.

Additionally, there has been an explosion, of late, in new stock issuance, some of which is understandable, as companies badly in need of cash, tapped the equity markets to raise funds to survive the coronavirus crisis.

But there has also been a surge in a wide variety of speculative issues that is often indicative of late-cycle behavior.

SPAC’s, or “special purpose acquisition companies” are all the rage at the moment.

Some, of course, are quite legitimate vehicles which give buyout experts a vehicle through which they can acquire promising businesses.

Some, however, are wildly speculative and also become quite popular towards the end of a massive bull run. This is the third go-round that I’ve witnessed for SPAC’s, PIPEs and other specialty investments.

Listen, I’m not here to tell anyone what to do with their money. But we’ve seen reports of inexperienced investors opening up new brokerage accounts, with little guidance or education, while also being granted excessive credit with which to speculate in small stocks or fractional shares.

And while I’m not claiming that this bull market is over, I am intimately aware of late cycle behavior that would suggest that caution is warranted and harvesting some profits would be a good idea.

Closing down margin accounts, exiting the penny stock market and focusing on quality investments is imperative in this kind of market.

As Dennis Miller used to say at the end of his “rants,” let me just be clear … “that’s just my opinion … I could be wrong.”

Commentary by Ron Insana, a CNBC and MSNBC contributor and the author of four books on Wall Street. Follow him on Twitter @rinsana. 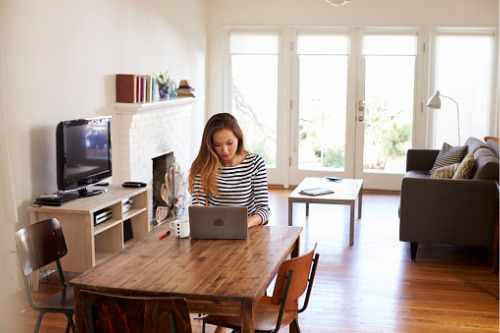