(Reuters) – Microsoft Corp (MSFT.O) on Wednesday beat Wall Street sales and profit expectations, powered by sharp demand for its Teams chat and online meeting app and Xbox gaming services as the world shifted to working and playing from home because of the novel coronavirus pandemic.

The company’s shares, up over 12% this year, rose about 5% in extended trading.

For the fiscal fourth quarter, Microsoft gave business-unit forecasts that were below analyst estimates, predicting tough times for LinkedIn and some small-business software sales.

“Ultimately, Microsoft is not immune from what is going on broadly in the world in terms of GDP growth,” Nadella said on a conference call with investors.

But results benefited from sales of its Windows operating system and Surface hardware devices as people upgraded personal computers to work or study from home. Microsoft also cited all-time-high engagement on its Xbox Live gaming service, with 19 million active users.

“The biggest missed opportunity was in Surface, where demand was huge, the channel inventory was depleted, and supply chain constraints reduced finished goods output,” said Moor Insights & Strategy analyst Patrick Moorhead. “I believe the company could have easily sold 15-20% more if available.”

In an interview, Microsoft Chief Financial Officer Amy Hood said some of the increased Teams usage came from subscribers with access to the software as part of a broader package and turned it on for the first time. In other cases, Hood said, Microsoft offered Teams in a free trial to large customers.

“In those instances, you also won’t see revenue, but seeing great usage obviously is terrific for us longer term if people want to convert that to a paying seat,” Hood said. “While I’m really excited about the long-term potential for revenue, you won’t see it in this (fiscal third) quarter, or really even in Q4. It’s more about people being more and more engaged with Microsoft products.”

Responding to analysts’ questions, Microsoft executives declined to specify when they would start charging Teams customers on free trials. “Immediate term, we are mostly building out the relationships, adding new customers, adding intensity and usage in existing relationships,” Nadella said on the call.

Third-quarter sales were helped by demand for cloud services. However, Azure growth slowed to 59% from 62% in the second quarter, which company officials said was a result of how large the business has become.

“Despite the slowed growth, (Azure) operates at approximately 10 times the scale of Google (by annual revenues) and has seen better enterprise adoption so far,” said Daniel Elman, an analyst at Nucleus Research.

Microsoft said revenue for its “commercial cloud,” a combination of Azure and the cloud-based versions of software such as Office, rose 39% to $13.3 billion.

The business’ gross profit margin, a key measure of cloud profitability that Microsoft has told investors it expects to improve, was 67% versus 63% last year.

Microsoft also said capital expenditure was $3.9 billion, up from $3.4 billion a year earlier and less than the $4.5 billion the previous quarter. However, Hood told Reuters that supply chain constraints due to the coronavirus pandemic had delayed some spending to build Azure data centers, which will likely be higher next quarter as the company works to catch up.

Revenue in the Intelligent Cloud segment, which includes Azure, rose 27% to $12.28 billion, beating analysts’ consensus estimate of $11.87 billion according to IBES data from Refinitiv.

Reporting by Ayanti Bera in Bengaluru and Stephen Nellis in San Francisco; Editing by Shounak Dasgupta and Richard Chang 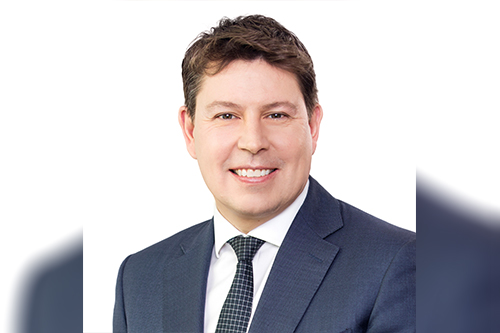