New analysis has observed over 4 million (4,481,379) payment card details, belonging to users across 140 countries, being traded on the dark web.

The hackers were found selling payment cards information for $10 on average per card. The highest number of card details found for sale were from the US, Australia, and Hong Kong.

The researcher’s revealed hackers have discovered a way to find card numbers without breaking into a database, and there’s also a booming underground black market for them.

The attackers are able to pull this off because the digits on most cards follow a fixed pattern, and can be deduced.

For instance, the first couple of digits indicate the financial service provider, while the sixteenth is a checksum, and so on. Furthermore, the CVV is made up of three digits, which also helps with the guesswork.

Also, the researchers discovered that debit cards were more common than credit cards, which is particularly worrisome since debit cards don’t have the same level of protections as credit cards.

Visa cards were the most common, followed by Mastercard and American Express.

“Clever hackers can significantly cut down how many numbers they need to guess and check to find your payment card number. In fact, researchers at Newcastle University estimate that an attack like this could take as few as six seconds,” note the researchers, adding that an average hacked card’s data costs less than $10.

NordVPN found that most of the sensitive financial information traded on the dark web was harvested via brute-forcing. Brute-force technique is often used to guess passwords and penetrate targeted accounts. The passwords are guessed using dictionaries or common word combinations.

“Increasingly, the card numbers sold on the dark web are brute-forced. Brute-forcing is a bit like guessing. Think of a computer trying to guess your password,” explains Marijus Briedis, CTO at NordVPN.

“First, it tries 000000, then 000001, then 000002, and so on until it gets it right. Being a computer, it can make thousands of guesses a second. After all, criminals don’t target specific individuals or specific cards. It’s all about guessing any viable card details that work to sell.”

“There is little that users can do to protect themselves from this threat short of abstaining from card use entirely,” note the researchers, suggesting that users should keep an eye out for suspicious entries in their statements.

Thu Dec 2 , 2021
New research reveals an increase in spending among Europe’s financial executives, with 47% saying their Open Banking budgets have risen in 2021. This follows a challenging year in 2020, where financial institutions battled budget restrictions against the race to serve more customers digitally. Tink’s research – based on 308 senior […] 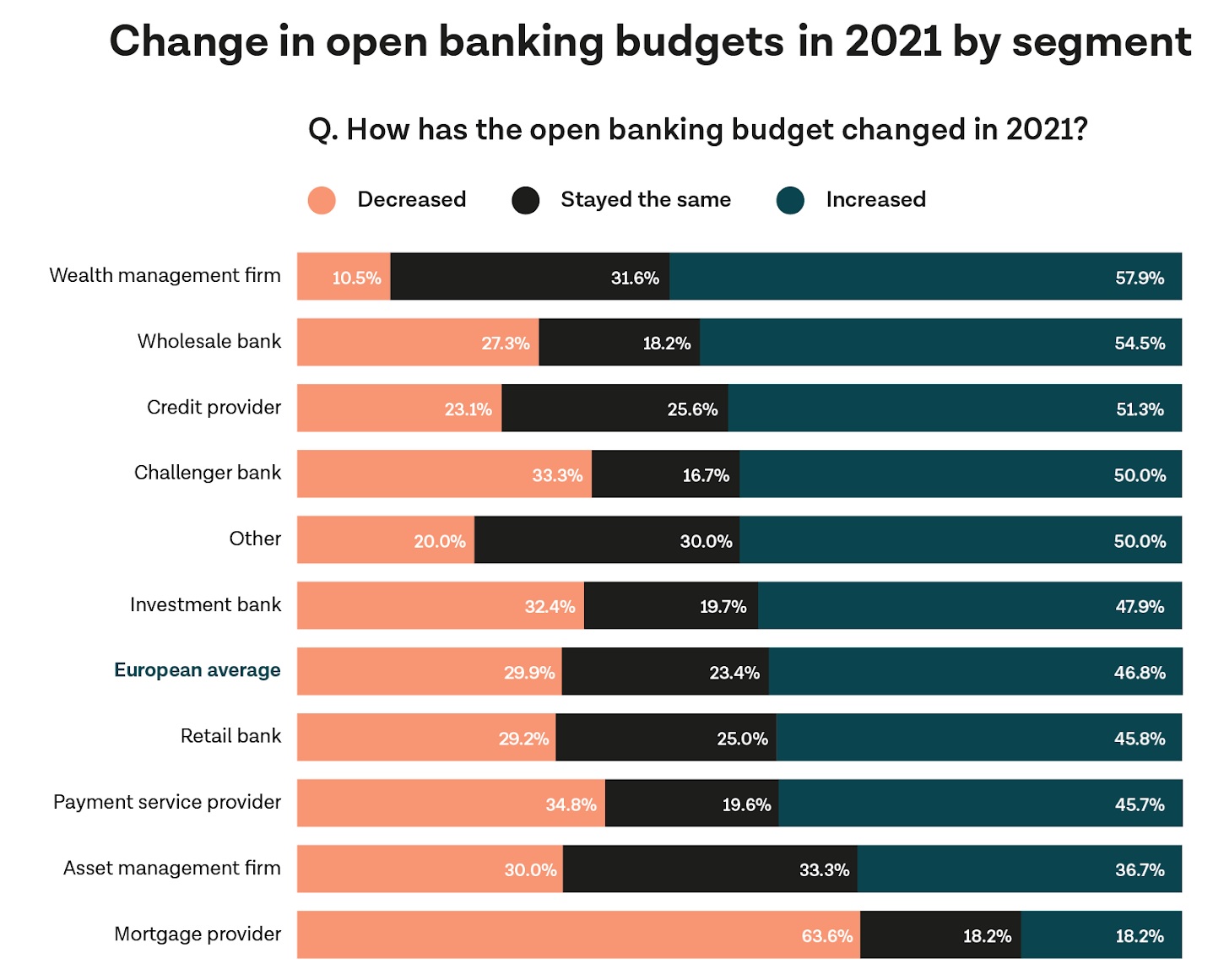