The vehicle is one of 12 new or redesigned models Nissan has promised to release through 2021 under its “Nissan Next” plan. It is the first all-electric vehicle to debut since the strategy was announced in May.

“Ariya is Nissan’s next chapter in physical form,” Nissan Chief Operating Officer Ashwani Gupta said during a virtual roundtable. “It is a catalyst of change in our product thinking.”

The plan was announced as the company posted its first annual loss in 11 years. The coronavirus pandemic added to troubling times as the company was still attempting to recover from the ongoing scandal surrounding its former leader.

Gupta described the global pandemic as an “unprecedented” crisis for Nissan, however, he said, the company also has learned new, more efficient ways of working, including online sales in the U.S.

“We do believe Covid-19 on one side has been a great challenge for us, but, on the other side, it has taught us a new way of working and a new way of selling,” he said.

Ariya, according to Nissan, will start at about $40,000 when it arrives in dealerships in the second half of 2021. It will be produced in Japan and imported to the U.S.

The vehicle, Nissan said, is on a new vehicle platform developed by its global alliance. The company called the vehicle the “ultimate expression” of its all-electric and driver-assist technologies.

Nissan expects the crossover to be capable of up to about 300 miles per charge. That’s in-line with some all-electric vehicles currently on the market but less than the likes of more expensive vehicles from Tesla and future models promised by General Motors in the coming years.

Nissan, according to Gupta, believes that range is more than enough for drivers. He said a majority of its all-electric vehicle owners charge from home each night. He compared it to charging a cell phone at night.

“We do believe that EV is used now more like a mobile phone,” said Gupta, who joined Nissan last year from Mitsubishi Motors. “When 80% of the customers are charging their car at home, range is no longer an anxiety for them.”

Nissan’s current all-electric Leaf can travel up to 226 miles, according to the U.S. Environmental Protection Agency.

Ariya will be the first in the U.S. with Nissan’s “ProPilot Assist 2.0” driver assistance system. The technology allows drivers to take their hands off the steering wheel while on designated highways. It monitors the driver to ensure they continue to pay attention in case they are needed to take over the vehicle.

The interior of the 2021 Nissan Ariya for right-hand-drive markets such as Japan.

The system uses a combination of onboard sensors and radars as well as the navigation system and high-definition mapping to control the vehicle’s steering, speed, acceleration and braking.

Ariya, Gupta said, will be capable of remote, or over-the-air, updates.

Wed Jul 15 , 2020
Only 9% of the world’s top tier banks are effectively monetising payments data. Findings from Aite Group’s report “The Payments Transformation Race: Criteria for Success”, commissioned by Icon Solutions, also revealed that 82% of banks continue to rely on a transaction-based revenue model, despite nearly two thirds of respondents reporting […] 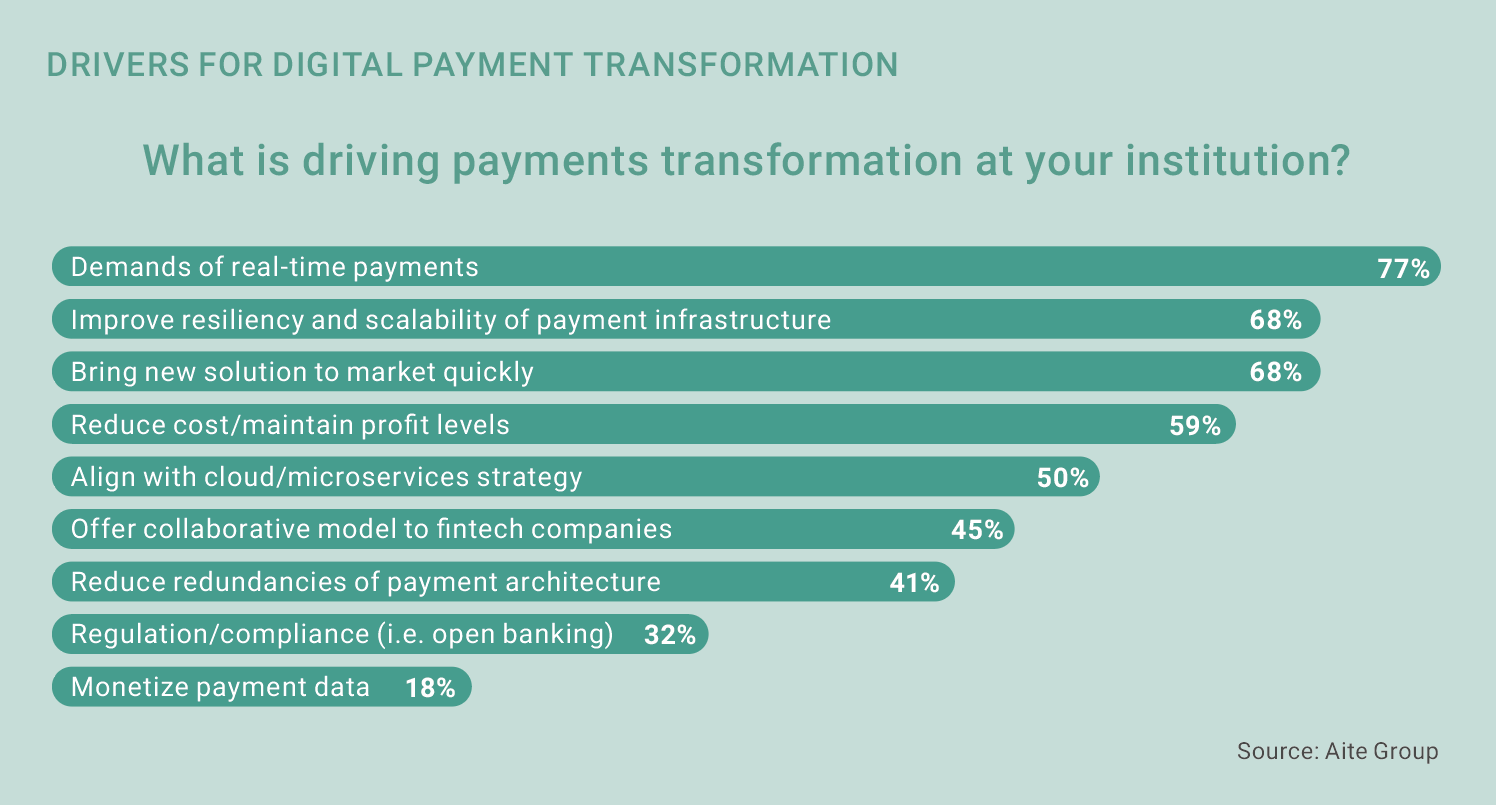