The club said that Tyrrell’s election reinforces its commitment to a growth and diversification strategy which saw its 160th anniversary in 2020 coincide with its largest-ever entered fleet. North currently has 230 million gross tons on its books, of which 160 million gross tons is owned, and said it intends to further strengthen its position as a leading member of the International Group of P&I Clubs (IG).

“Our ability to help members trade with confidence continues to be reflected in their commitment to the club, and so we are delighted to announce a respected figure like James as our new chair,” said Paul Jennings, North chief executive. “Arklow’s long association with North and its reputation for excellence and innovation align closely with North’s core mission to build lasting relationships based on financial stability and continuous investments in people, systems, and geographical reach.”

“Both James and Ioanna are well-known for insightful investments and long-term thinking,” Jennings said. “With COVID-19 continuing as a threat to the global economy, 2021 is likely to be as challenging as last year for the shipping sector. However, North is more convinced than ever that our strategy to strengthen our capital base, reinforce our teams, and diversify income streams with new products such as the North Hull (H&M) cover will continue to attract tonnage to North as a service provider.”

Jennings also praised Shirke, who has stepped down as chair after nine years, but will remain a board member. Shirke is also chair of North’s Dublin-based subsidiary, North of England P&I DAC.

“We would like to record our thanks for the decisive role played by Pratap in North’s development and governance for over a quarter of a century, and especially during his years as chair,” Jennings said. “His advocacy for mutuality, a strong IG, early intervention and proactive claim management have been distilled across the group, while his mantra that marine insurance is always ‘people first’ is a cornerstone of our success story.”

Mon Feb 8 , 2021
That’s when GamaSec was born. Bar-Tov and the GamaSec team set out to create a cloud-based software-as-a-service (SaaS) technology, specifically geared toward SMEs, designed to prevent cyberattacks by using virtual hacker technology to identify and eradicate dangerous malware threats and website application vulnerabilities in real time. They quickly saw that […] 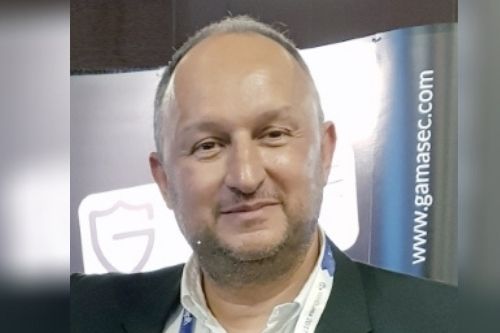