OSLO (Reuters) – Norwegian Air (NWC.OL) shareholders backed its financial survival plan on Monday, with more than 95% of votes cast supporting the conversion of nearly $1 billion of debt into equity and raising more cash from its owners.

Approval of the scheme is a vital part of the struggling airline’s plan to tap government credit guarantees as it seeks to overcome the coronavirus crisis, which has compounded its already deep financial problems.

Airlines around the world have been hit hard by the impact on travel of the pandemic, with many forced to turn to governments for state aid to avoid bankruptcy.

The airline, which at the end of last year had amassed debts of around $8 billion, said ahead of the meeting that it had won “strong support” from aircraft lessors for its plan.

With 95% of its fleet grounded due to the coronavirus pandemic, Norwegian Air has said it could run out of cash by mid-May unless shareholders supported the plan.

On Sunday it said bondholders had signed up to the plan, which was narrowly rejected in a vote on Thursday.

Norwegian Air said lessors are now willing to convert at least $730 million of debt into equity, up from $550 million earlier, and talks are ongoing for possible further conversion.

“With the significant contributions from lessors and bondholders, the company expects to convert more than 10 billion crowns ($958 million) in debt to equity,” it said.

Based on the results from the shareholders’ meeting, the company will now proceed with the conversion of bonds and lease debt to shares, as well as the public offering of up to 400 million ($38.4 million) from the sale of new stock, it said.

The debt conversion and share sale will allow Norwegian Air to tap government guarantees of up to 2.7 billion crowns, which hinge on a reduction in leverage, on top of 300 million crowns it has already received.

The plan will hand majority ownership to the airline’s creditors and could leave current shareholders with just 5.2%.

The loan could keep Norwegian Air going until the end of 2020, although further cash may be needed as it eyes a gradual ramp-up next year and normalisation in 2022, albeit with a reduced fleet.

Norwegian Air is only paying invoices vital to maintaining minimum operations, such as salaries for staff still employed and critical IT infrastructure. It has put payments for ground handling, debt and leases on hold.

The Oslo Bourse said it had halted trade in Norwegian Air’s shares until the outcome of the vote is presented.

Mon May 4 , 2020
(Reuters) – Nissan Motor Co Ltd (7201.T) will pull back from Europe and elsewhere to focus on the United States, China and Japan under a plan that represents a new strategic direction for the embattled carmaker, people with direct knowledge of the plan told Reuters. FILE PHOTO: People walk past […] 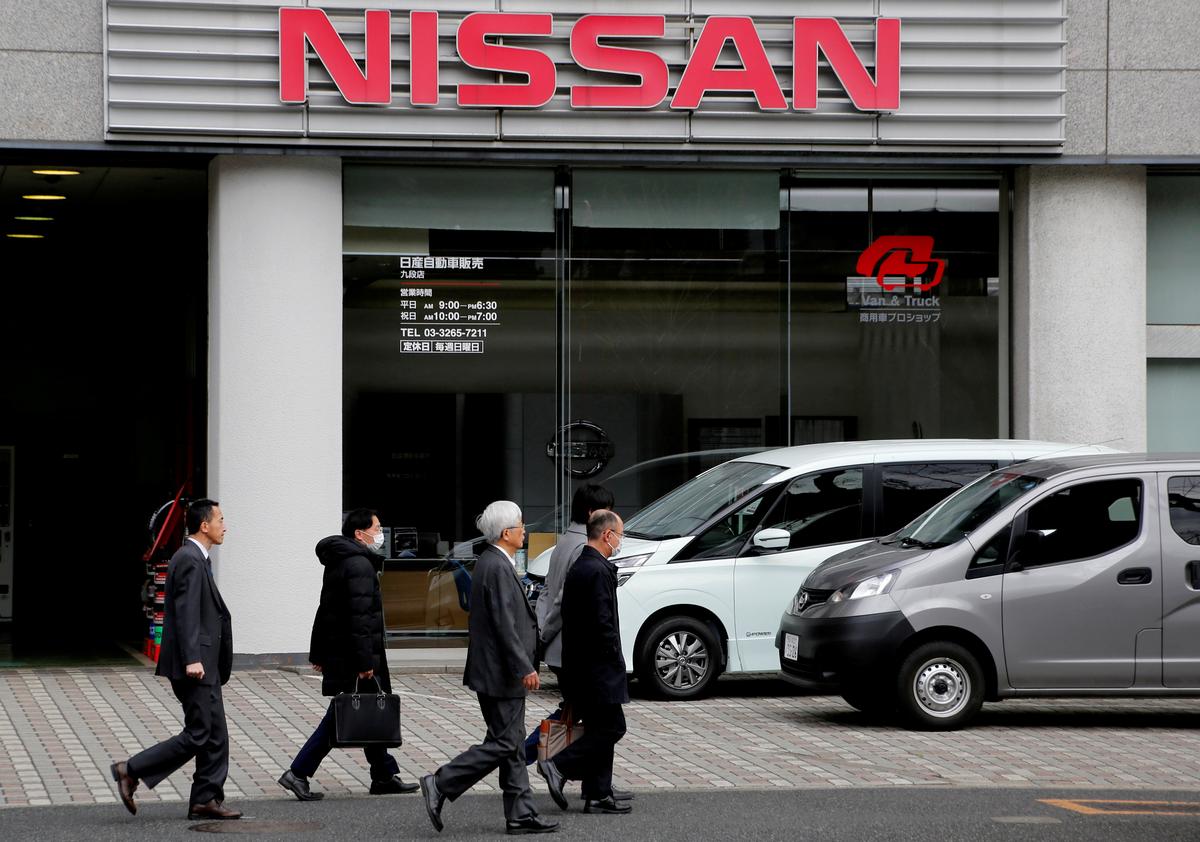