FRANKFURT/DUESSELDORF (Reuters) – Thyssenkrupp could sell most of its steelmaking division, its CEO said on Tuesday, marking a historic reversal in strategy for the German conglomerate which has built its 200-year-old legacy as an industrial champion on the business.

“Nothing is off-limits anymore,” Martina Merz said when asked by Reuters if Thyssenkrupp could a sell a majority stake in the steel business.

The chief executive was speaking hours after announcing that the group was in talks with steel industry peers about consolidation options. She said the coronavirus pandemic was opening up new possibilities for cooperation.

“We are drawing on the full range of options,” she told journalists on a call. “That means all forms of consolidation are being looked at, including mergers, takeovers, us acquiring peers, and us developing the unit independently.”

The fact that the steel division is not longer deemed an essential part of Thyssenkrupp represents a seismic shift for a company that started off life in 1811 when Friedrich Krupp set up a factory to make cast steel.

The steel business, the second-biggest in Europe by sales, is reeling from weakening demand, cheap Chinese imports and a botched attempt to merge it with the European division of Tata Steel, a deal blocked on antitrust concerns.

Shares in Thyssenkrupp have lost nearly two-thirds of their value over the past 12 months after a raft of profit warnings and dwindling investor confidence.

The announcement accelerates Thyssenkrupp’s dismantling, a process that started last year when the group sold its crown jewel: its elevators unit. Some investors say the vast conglomerate, which makes everything from car parts to submarines, should be broken up to maximise its value.

Sources have previously told Reuters that contact between Thyssenkrupp and Tata Steel never broke off and that both were still in talks about consolidation.

Thyssenkrupp is also in discussions with Sweden’s SSAB and China’s Baoshan Iron & Steel, according to sources familiar with the matter said.

The steelmaking business accounts for more than a fifth of Thyssenkrupp’s sales, making it the company’s second-biggest unit after material services.

Tue May 19 , 2020
French Economy and Finance Minister Bruno Le Maire speaks during a presentation of the details for the end of the country’s lockdown imposed to curb the spread of the coronavirus disease (COVID-19), at the Hotel Matignon in Paris, France May 7, 2020. Christophe Archambault/Pool via REUTERS PARIS (Reuters) – The […] 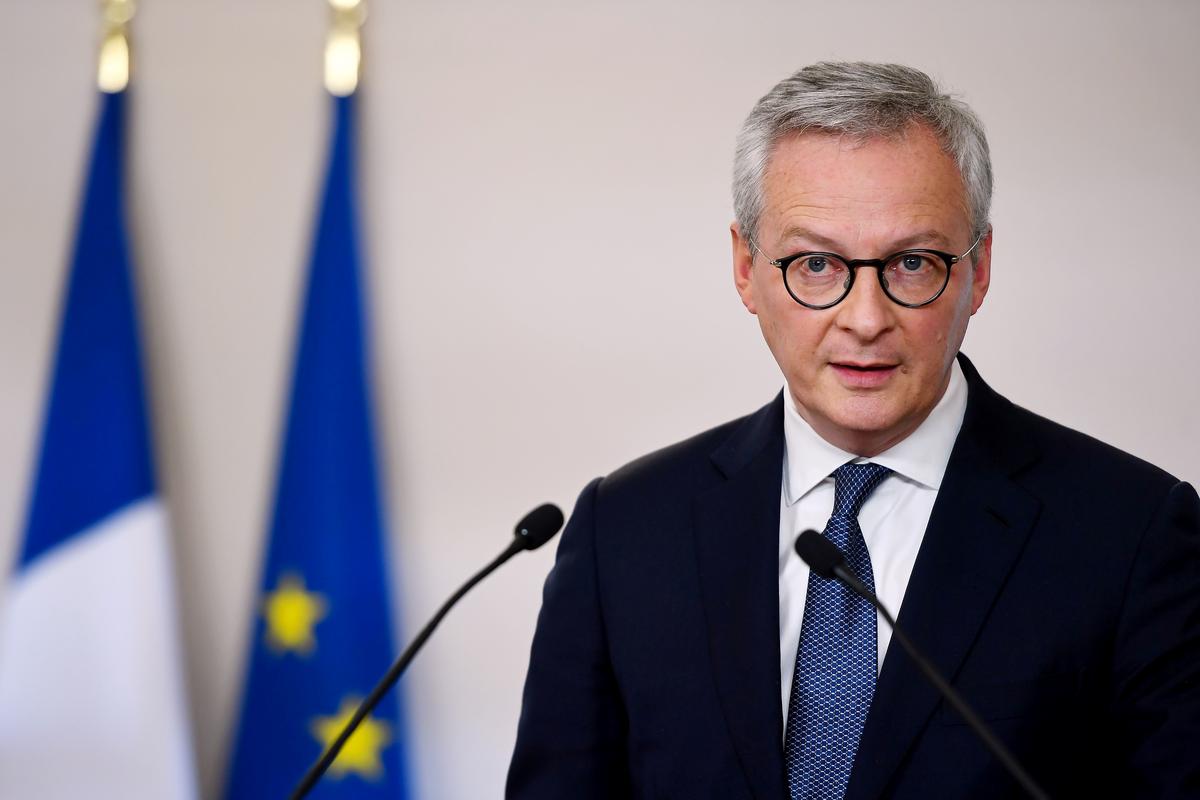