LONDON (Reuters) – OPEC on Wednesday again slashed its forecast for global oil demand this year as the coronavirus outbreak causes a global recession, although it said record supply cuts by the group and other producers were already helping rebalance the market.

The Organization of the Petroleum Exporting Countries now expects global demand to contract by 9.07 million barrels per day (bpd), or 9.1%, in 2020, it said in a monthly report. Last month, OPEC expected a contraction of 6.85 million bpd.

To tackle the drop, OPEC and its allies agreed to a record supply cut, while the United States and other nations said they would pump less. OPEC said these measures were already helping.

“The speedy supply adjustments in addressing the current acute imbalance in the global oil market have already started showing positive response, with rebalancing expected to pick up faster in the coming quarters,” OPEC said in the report.

Oil has recovered to $30 a barrel from the low last month and held onto an earlier gain after the report’s release.

OPEC expects this quarter to see the biggest drop in demand and lowered its demand forecast for the second quarter by 5.4 million bpd. Downside risks remain for consumption in the United States, Europe and South Korea, OPEC said.

OPEC lowered its estimate of global economic growth in 2020, forecasting a contraction of 3.4% and saying the coronavirus crisis “has caused a recession in the global economy as well as an unprecedented oil demand shock.”

The supply pact agreed last month involves OPEC, Russia and other allies, a group known as OPEC+. The group agreed to cut output by 9.7 million bpd in May and June, starting on May 1.

In its report, OPEC said its oil output in April rose, as some countries had ramped up production following the collapse on March 6 of a previous OPEC+ supply deal.

OPEC boosted supply in April by 1.8 million bpd to 30.41 million bpd, according to secondary sources cited in the OPEC report, due to extra barrels from Saudi Arabia, the United Arab Emirates and Kuwait.

Wed May 13 , 2020
LONDON/FRANKFURT/BRUSSELS (Reuters) – EU officials are seeking to finalise a plan for public stakes to be taken in key European companies to shield them from the economic fallout of the COVID-19 pandemic, three sources familiar with the matter told Reuters. FILE PHOTO – European Union flags fly outside the European […] 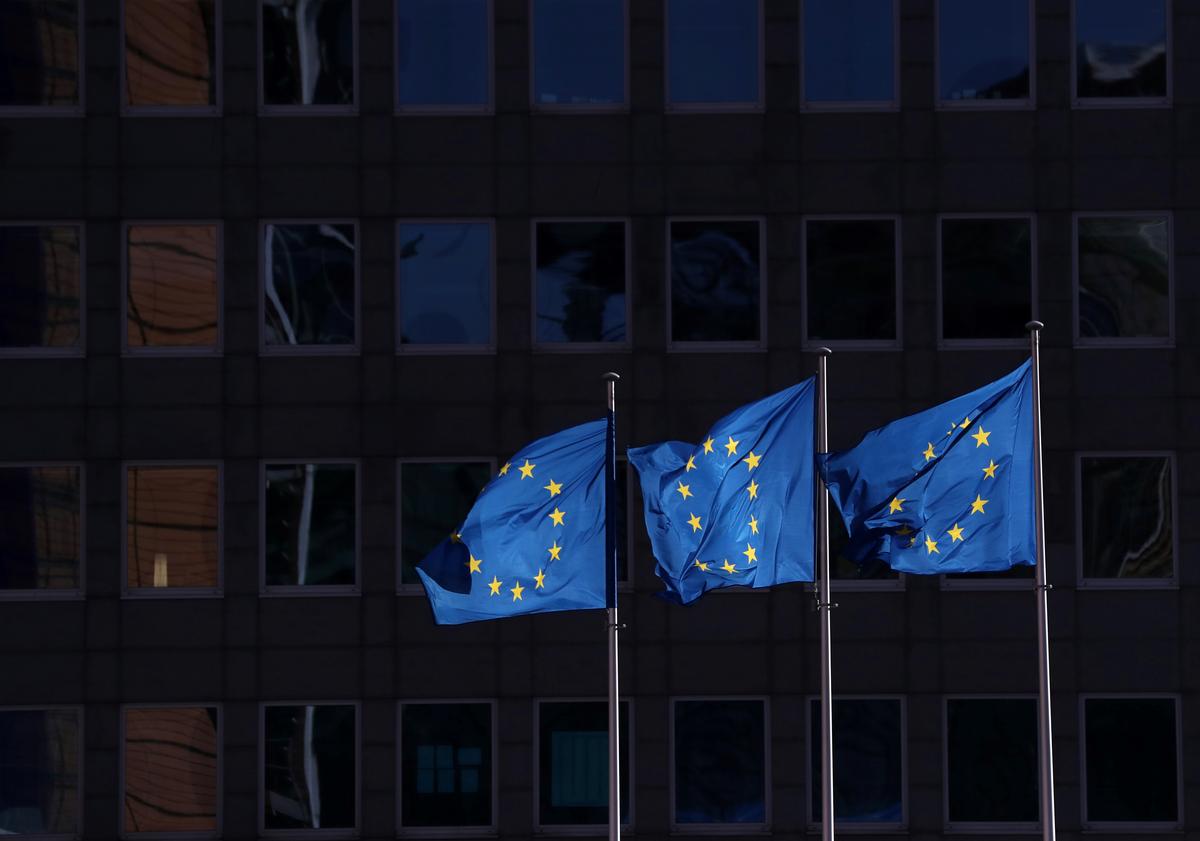