FILE PHOTO: A maze of crude oil pipes and valves is pictured during a tour by the Department of Energy at the Strategic Petroleum Reserve in Freeport, Texas, U.S. June 9, 2016. REUTERS/Richard Carson

(Reuters) – An extreme situation has developed in the U.S. crude oil futures markets, as the current front-month May contract, due to expire Tuesday, has dropped by a whopping 36%, opening up the widest gap between it and the next contract ever, at nearly $11 a barrel.

That gigantic spread CLc1-CLc2 is the result of the shocking fall in demand due to the coronavirus pandemic and glut of global crude supply hitting the markets simultaneously. While oil-producing nations have inked a deal to cut output, those cuts won’t come quickly enough to avoid a massive clog in the next couple of weeks.

As a result, futures traders, who would normally be able to shift from the expiring contract to the next, are finding very few buyers for the expiring May contract, because very few people want to actually take delivery of oil barrels now, leaving it something of an orphan.

When a futures contract expires, traders have to decide whether to take delivery or roll their positions into an upcoming contract. Usually this process is relatively uncomplicated, but the May contract’s decline reflects worries about an inordinate level of supply hitting the markets – with shipments out of OPEC nations like Saudi Arabia booked in March set to cause a glut.

“The real problem is the cavalry (OPEC-plus cuts) won’t arrive in time to save this oil market. This may prove to be one of the worst deliveries in history. Nobody wants or is in need of oil right now,” said Phil Flynn, senior market analyst at Price Futures Group in Chicago.

The world’s major oil producers agreed to cut production by 9.7 million bpd in an attempt to get world supply under control as demand slumps, but those cuts do not begin until May.

“We are seeing a combination of weak fundamentals for U.S. crude balances as the remaining storage capacity at Cushing of 21 million barrels will be more and more exhausted in the coming weeks,” said Rystad Energy’s Head of Oil Markets Bjornar Tonhaugen.

Mon Apr 20 , 2020
MOSCOW (Reuters) – The Russian energy ministry has told domestic oil producers to reduce oil output by around 20% from their average February levels, two industry sources told Reuters on Monday, which would bring Moscow in line with its commitment under a global deal. FILE PHOTO: A view shows a […] 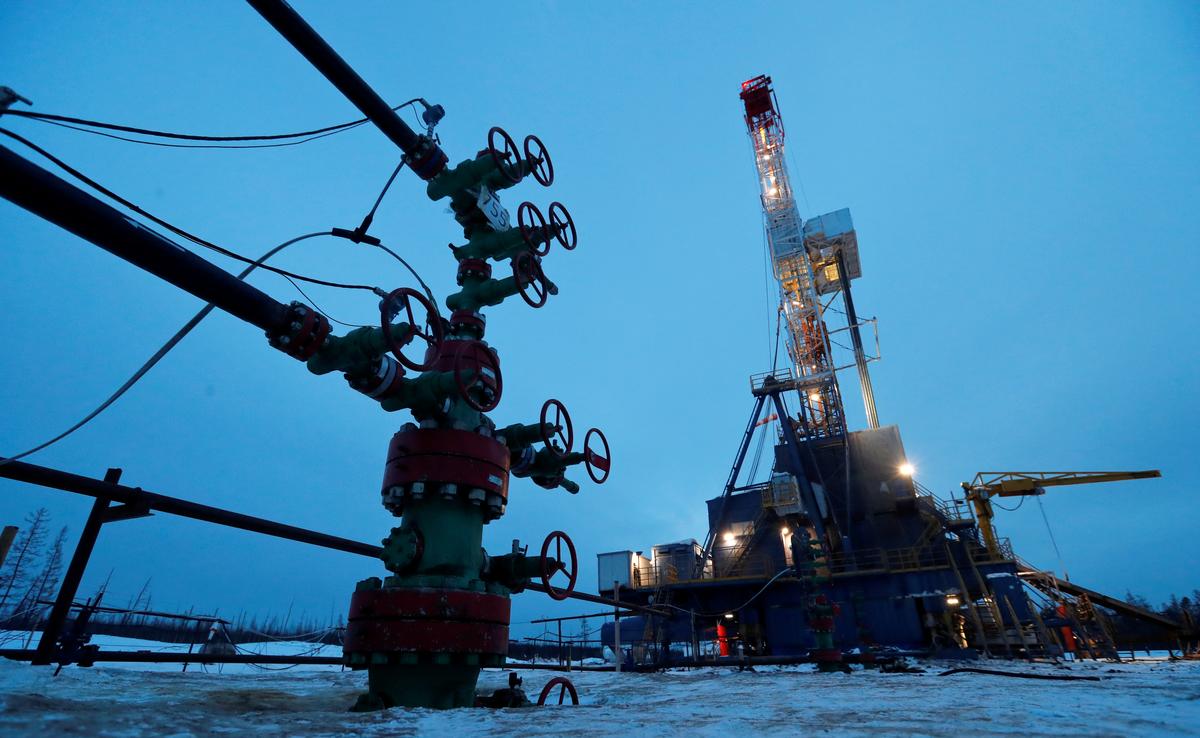