WASHINGTON (Reuters) – The U.S. Securities and Exchange Commission (SEC) on Monday said it settled charges against three former KPMG LLP audit partners stemming from a cheating scandal at the firm.

The SEC said the three former KPMG employees violated auditor integrity rules, part of charges against KPMG for which the auditing firm paid a $50 million fine last year. Former KPMG auditors Timothy Daly, Michael Bellach, and John Donovan each engaged in misconduct in relation to exams that the firm used to test that auditors, the agency said in a statement.

In 2018, Bellach texted Daly images of questions and answers to a required training exam, the SEC said. According to the agency, Donovan also received answers to training exams from subordinates on several occasions and shared answers with others at times that year.

Lawyers for each of the individuals charged did not respond immediately to requests for comment.

“These actions reflect our commitment to hold these gatekeepers responsible for breaches of their professional obligations,” said Steven Peikin, co-director of the SEC’s enforcement division.

In 2019, KPMG agreed to the penalty to settle allegations of employees’ cheating as well as charges that former staffers used stolen information to alter some of the accounting firm’s previous audit work.

A KPMG spokesperson said in a statement on Monday: “We are a stronger firm as a result of the actions we are taking to strengthen our culture, governance and compliance program.”

The former KPMG auditors did not admit or deny the findings, the SEC said. Daly, Bellach, and Donovan agreed to be suspended from appearing or practicing before the SEC as accountants, with the right to apply for reinstatement after three years, two years, and one year, respectively.

Tue May 19 , 2020
YUYAO, China/SHANGHAI (Reuters) – In the eastern Chinese city of Yuyao, a group of five face-masked workers at a Geely auto plant, stood almost shoulder to shoulder behind an SUV as they conducted paint and other quality checks. Employees wearing face masks following the coronavirus disease (COVID-19) outbreak work on […] 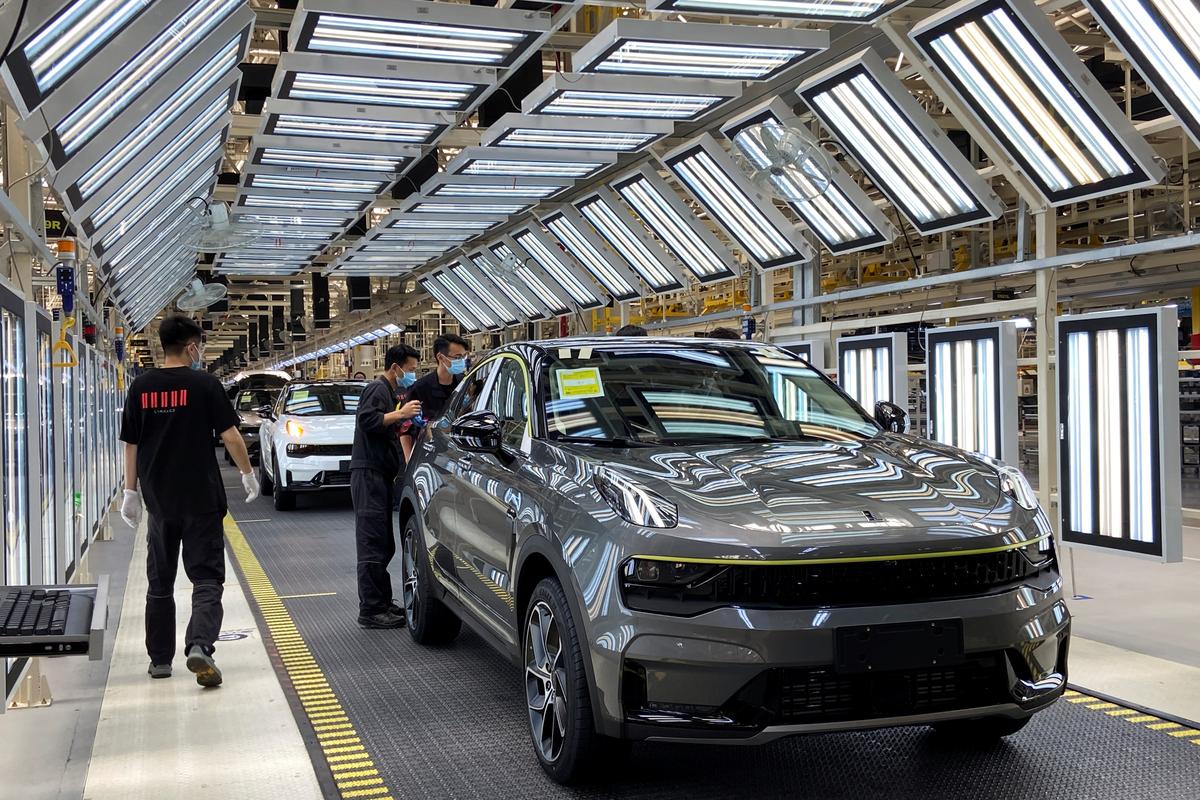